Nadhim Zahawi lashed out at calls for a second Brexit referendum, arguing it could give “another year of uncertainty” for businesses. The Parliamentary Under-Secretary of State for Children and Families added campaigning for a second referendum would be “poisonous” and “divisive”. Mr Zahawi told BBC’s Today programme: “I think that would be a very bad place for the country. I spoke to a businesswoman in my constituency, as many colleagues did as well, and of course many hundreds of thousands of constituents during the campaign, nobody wants to double down on the uncertainty.

“Certainly not small businesses, not large businesses. If we go of a second referendum with a Remain on the ballot, it is unpicking the result of the first referendum and actually doing a disservice to our democracy.

“And a much more important aspect of this is the uncertainty, businesses want to know a way forward, they want to know that actually if we’re leaving these are the terms of our exit.

“They do not want another year of uncertainty, of divisive, poisonous campaigning in a second referendum, and then maybe ending up back in the same place, back to square one. 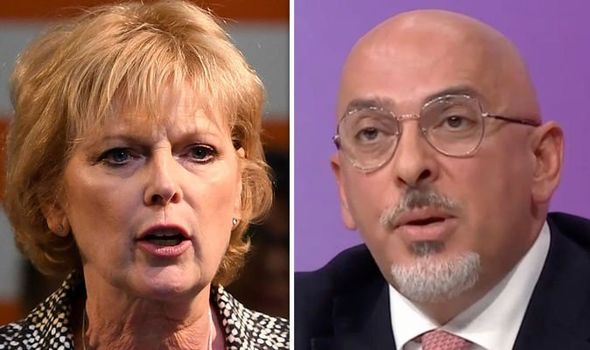 They do not want another year of uncertainty and of divisive, poisonous campaigning

“Therefore those colleagues actually advocating this are really saying they want to unpick the result of the first referendum because they believe 17.4million people got this wrong.”

The comments come as Theresa May is said to have worked on “scenario planning”, drawing up possible options if the Government is forced to give MPs a vote on whether a so-called “People’s Vote” should be held.

Government sources said a three-way referendum would only be an option if the talks with Jeremy Corbyn and his team broke down.

The premier is believed to be prepared to offer Mr Corbyn three major concessions in return for a deal to break the Brexit logjam.

According to The Sunday Times, Mrs May will offer the opposition a temporary customs arrangement, worker’ rights in line with those in Europe and alignment on regulations on goods.

A second public vote could be brought about if the two sides failed to reach an agreement on Brexit and Parliament forced through a vote on whether to give the public another chance to have their say.

Mrs May said the disaster suffered by the Conservatives at last week’s local elections in England gave a “fresh urgency” for a Brexit deal to be reached.

More than 1,300 Tory councillors were voted out and the party lost control of 44 councils.

Mr Corbyn’s party was down 82 seats after the elections.

Doctor at hospital in Wuhan dies after treating patients with coronavirus