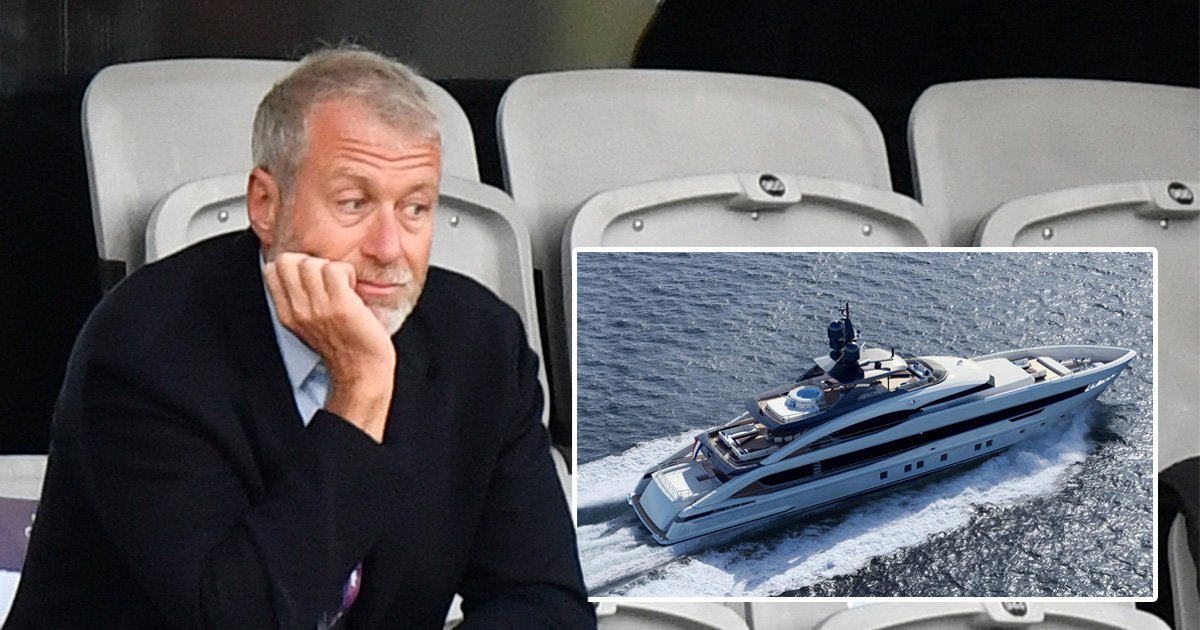 Roman Abramovich signed ownership of a 50-foot yacht to an associate on the day troops invaded Ukraine, a report claims.

The oligarch is said to have transferred control of the company which owns the Aquamarine to Russian businessman David Davidovich as troops poured over the border.

According to The Guardian, the vessel is undergoing a refit in the Dutch port of Vlissingen.

Five luxury vessels have now been publicly linked to the Chelsea FC owner, all of which could potentially be targeted by Western sanctions.

Two of the lavish vessels were said to have been moved to Turkey as economic restrictions loomed over the influential businessman.

Despite consistently denying having close links to Vladimir Putin, it has since emerged that Mr Abramovich is acting as an intermediary between the Russian and Ukrainian president.

He has reportedly met both in person since the war began and was pictured at formal peace talks in Turkey.

Last month his representatives revealed he and others had been the victim of a suspected poisoning during one earlier set of talks.

The yacht identified by the Guardian investigation is owned by a complex structure which traverses Jersey and the British Virgin Islands.

It was previously revealed by the Wall Street Journal that ownership of the investment vehicle which owns the yacht was transferred to Mr Davidovich, which he confirmed to the Guardian.

The luxury yacht was reportedly worth £33m when it was first constructed.

Western governments have targeted prized assets linked to Russian billionaires with links to the Kremlin since the war began.

Yesterday, the government said a £35 million private jet owned by Eugene Shvidler had been banned from taking off from Biggin Hill Airport, south-east London, where it was due to undergo maintenance and repairs.

It was blocked from leaving under new rules hitting Russian-owned aircraft on March 19.

Mr Shvidler is a friend of Chelsea FC owner Roman Abramovich and is a former boss and shareholder in his steel firm Evraz.

Another plane owned by Mr Shvidler, a Bombardier Global 6500 jet, has been detained at Farnborough Airport in Hampshire since March 8.

He was asked about reports that a private jet held at Luton Airport is linked to Russian oligarch Yevgeny Prigozhin, the man accused of funding the private military Wagner Group.

Mr Shapps said: ‘There are a number of aircraft and some other ships as well, yachts, which we’re working very closely with the authorities on.

‘We won’t hesitate to make sure that we sanction, detain, strip all of these vessels.’

On March 29, Mr Shapps ordered the detention of the £38 million superyacht Phi owned by an unnamed Russian businessman in Canary Wharf, east London.