Russians 'who want to fight Putin in Ukraine' given own battalion 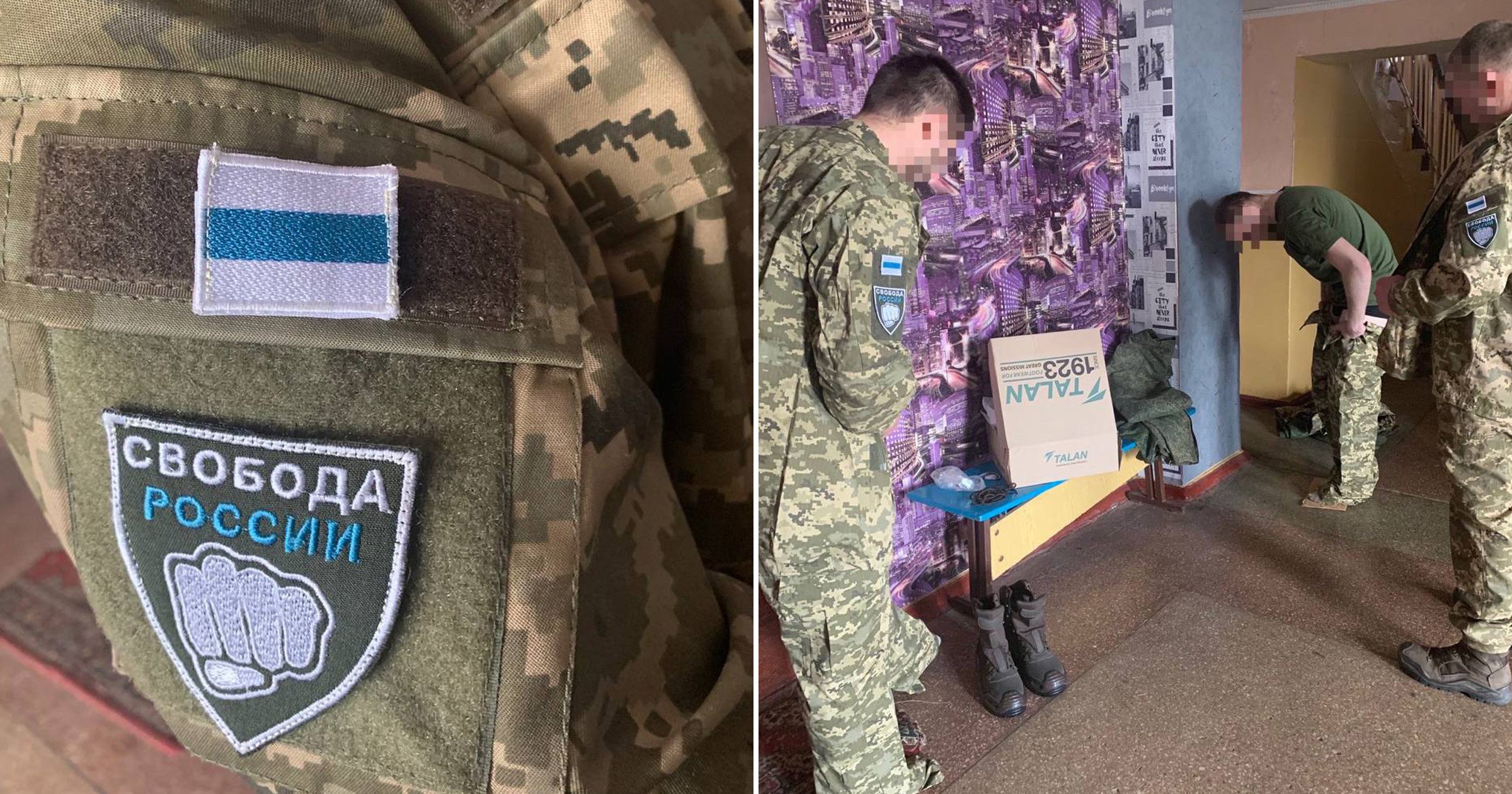 Russians who want to fight Vladimir Putin’s forces in Ukraine have reportedly been given their own battalion.

The ‘Freedom for Russia’ legion is composed entirely of Russian citizens, including former Prisoners of War.

The unit has reportedly received Ukrainian uniforms bearing the white and blue flag.

The flag, which is used by Russian anti-war protesters, has become a symbol of opposition to Moscow’s invasion of Ukriane.

The flag mimics the design of the Russian flag but with the red band changed to white.

The battalion has been established by the Ukrainian government and is similar to Belarusian units consisting of Russian nationals wanting to fight the Kremlin, it has been reported.

Three members of the group held a press conference in Kyiv on April 5, where they appealed to other Russian soldiers to defect to the group.

Wearing balaclavas and military fatigues the men said they had been morally outraged by Moscow’s actions in Ukraine.

One of the men said the Kremlin had tricked soldiers into going into Ukraine for the ‘so-called special military operation’.

He said he had switched sides to fight for Ukraine after being captured and taken prisoner before being later released by Ukrainian forces.

The soldier said: ‘I decided to join the Freedom of Russia legion, first of all, to fight against Putin’s regime to fight for a future for our children and grandchildren at home.’

The fighter also said he had realised ‘what the Russian military had been doing in Ukraine’.

‘I want to fight against this lawless Putin regime so people can speak and breathe freely without being afraid,’ he told reporters.

The soldier said another motivation for his defection was the atrocities he had witnessed in the cities of Bucha, Irpin and Kharkiv.

As Russian forces have withdrawn from northern Ukraine, horrendous reports of civilians being massacred, buried in mass graves and tortured, raped or burned have emerged.

Troops have been accused of committing war crimes in Bucha and the reports have led to a fresh set of sanctions being imposed on Moscow.

Another soldier present at the press conference urged Russian soldiers ‘to lay down your arms and fight for your future.’

The soldiers appeared in front of signs bearing details of how people can donate to the battalion including using cryptocurrency.

The group also has a Telegram channel that tells people how to join enlist in the battalion.

The formation of the group comes amid reports of Russian troops staging mutinies and low morale.

An elite paratrooper unit is said to have staged a mutiny and refused to fight in Ukraine, resulting in the battalion being withdrawn to Belarus.

The incident came after reports of elite OMON special forces from Khakassia refusing to take up arms and troops from unofficial statelet South Ossetia allegedly returning to their homes on foot after refusing to fight.

While in March, a Russian commander was killed by his own troops who ran him over with a tank.

Russian troops are also understood to have suffered a significant loss of life since they invaded Ukraine.