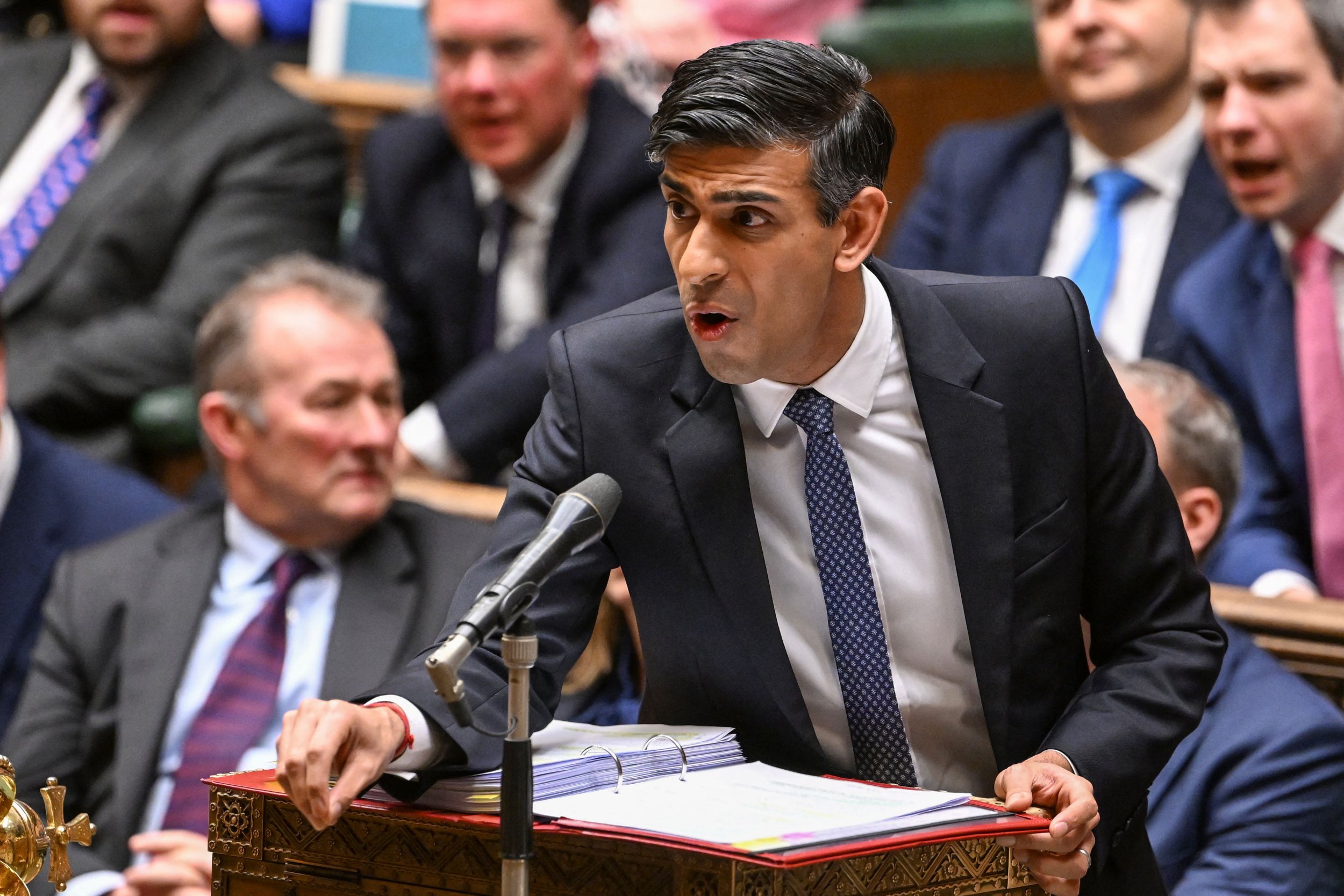 This May will herald a grim anniversary in British politics – it will mark 13 full years of Tory misrule.

From the Bedroom Tax to Brexit to Braverman, from cavalier David Cameron to law-breaking Boris Johnson to incompetent Liz Truss, it’s been an incredibly turbulent period for our country.

Last week, in a bid to calm the waters, Rishi Sunak shared ‘five promises… to build a better future for our children and grandchildren.’

Seven days on, it appears to have had little impact.

And hitching his already failing premiership to these pledges is a courageous move, given that since 2010 breaking promises has been the speciality of Tory governments.

To give just one example, the Government guaranteed to resettle 5,000 Afghan refugees to the UK within the first year of the ACRS scheme, before failing to manage a single one.

Perhaps with that in mind, Sunak has wisely chosen to make his ‘promises’ things that were already announced or had been expected to happen anyway.

But Sunak’s pledges simply don’t come close to delivering that better future for our children and grandchildren, which he so proudly envisioned in his speech.

Even if they are achieved, Sunak’s solutions simply aren’t the right answer to the pressing issues facing people up and down the country today.

We face a cost-of-living crisis resulting in sky-high energy bills; a climate emergency, following on from the warmest year on record; and NHS staff driven to strike over unfair pay and desperate conditions.

Yet if these pledges are anything to go by, our Government appears oblivious to all three.

Achieving his first two promises, to grow the economy and cut inflation, seems almost inevitable given the dire straits that the Tories’ mismanagement of the public finances has left the UK in.

On inflation, Britain already has the worst levels in the G7, so a significant cut in that rate should be the bare minimum Sunak will achieve, not a benchmark pledge.

Growing the economy also won’t be too difficult, since the UK is the only G7 country with a smaller economy than before Covid.

But again, the Tories seem to be offering only the chance to clean up their own mess.

Liz Truss’s desperate attempt to ‘grow the pie’ sent the pound in freefall and left the mortgage market in disarray.

What we need instead is a wellbeing economy – one which lifts people out of poverty, protects public services, and tackles the climate emergency. We need a society and an environment that thrives, whether or not the economy grows – not an economy growing at the expense of both.

High debt can certainly create economic challenges. But with the UK’s comparably far lower than many other countries, using it as an unnecessary excuse to cut spending is frankly dangerous.

It’s not headline debt that should concern us, but years of Tory austerity that have decimated local authorities, pushed services to breaking point, and shrunk people’s pay packets.

No wonder teachers, nurses, rail workers and posties all feel compelled to take strike action. This Government must make a promise right now to at least meet some of these workers halfway, ensure workers have a fair and decent wage, and properly invest in public services up and down the country.

Sunak’s fourth pledge was on NHS waiting lists, which he promised would fall.

But it shouldn’t take a vow for the Government to get on top of the crisis.

Health Secretary Steve Barclay admitted earlier this week that our health system is under pressure.

For once I agree with him – but it’s because we’ve had near 13 years of Tory Government understaffing, underfunding and undervaluing our NHS.

If waiting lists are going to fall, the NHS needs better investment, better staff retention, and better respect and care for those who work in it – and with our entire health system at breaking point, I can’t for the life of me work out why these solutions haven’t been forthcoming.

This Government will bend over backwards to block and criminalise those desperate enough to make the crossing. But, as Suella Braverman made painfully clear at a shambolic select committee hearing recently, a lack of safe routes is the problem. Opening them up is the only real way to stop the boats.

With no properly functioning ACRS scheme, for example, Afghans facing torture at the hands of the Taliban are unable to resettle here in the UK; until this happens, many more may tragically lose their lives in the Channel.

Ramped up, reheated rhetoric over effective and transformative action is no way to run a Government.

And that’s because Sunak’s promises aren’t just wide of the mark – they send us in completely the wrong direction. Five more empty pledges won’t tackle the multiple crises our country is facing today, but a general election will – so let’s have one.