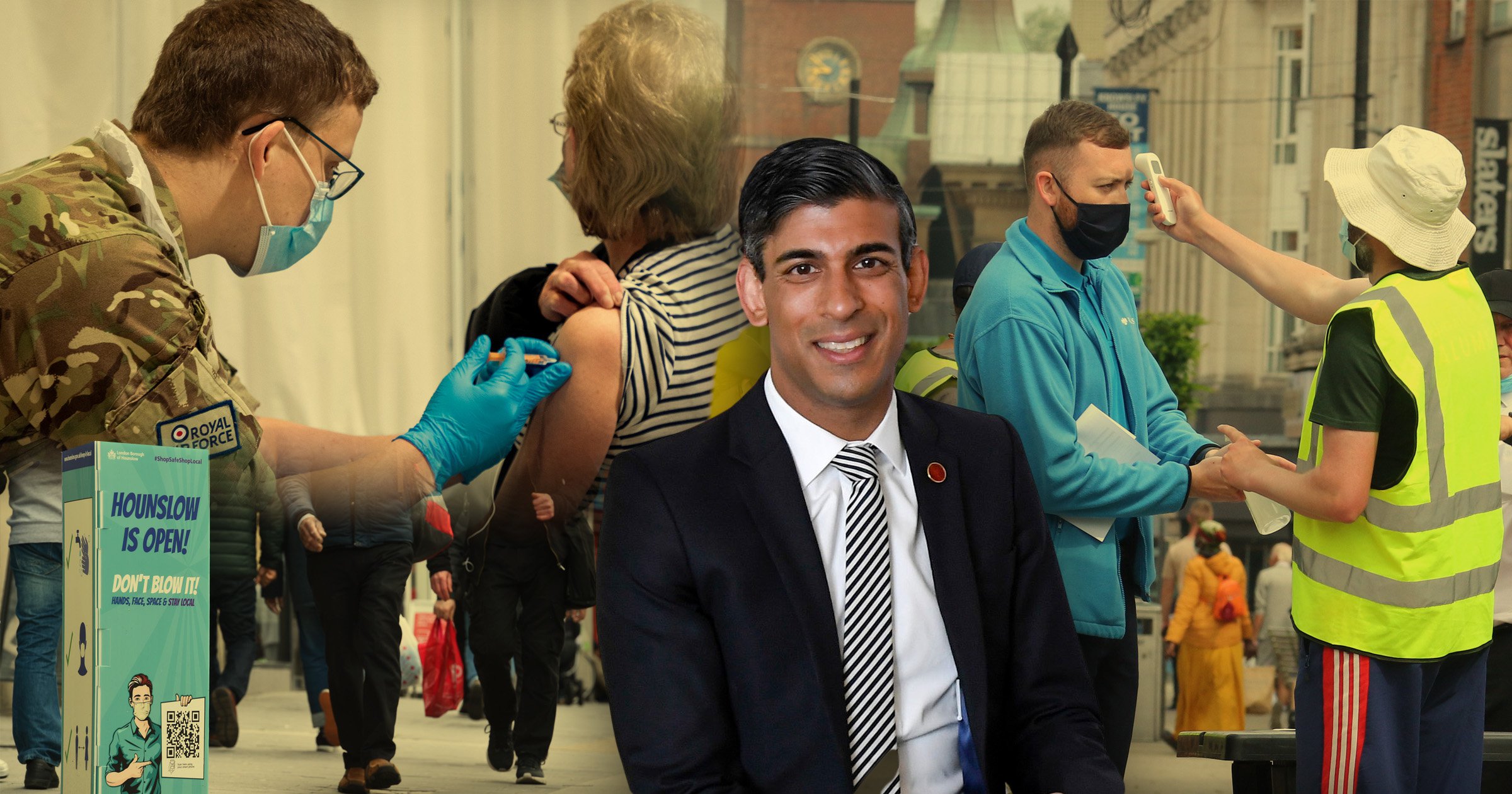 Rishi Sunak is willing to accept a short delay to the final step of easing lockdown in England amid a rise in Covid cases, it is understood.

Ministers are considering extending restrictions beyond the planned June 21 ‘Freedom Day’, following warnings from scientists over the spread of the Delta – or Indian – variant.

Mr Sunak – who has previously been more keen to lift restrictions than colleagues – is said to be open to pushing back plans by between two to four weeks.

The Treasury is keen to avoid a ‘halfway house’ where some measures are lifted and others remain in place, according to The Guardian.

It is said that ministers are open to a delay so as to avoid ‘confusing’ messaging and that when restrictions do ease, they are permanent.

A Whitehall source told the paper: ‘The Treasury’s main thing is that freedoms are irreversible and businesses have clarity.’

An insider highlighted that the Treasury has gone ‘long’ on emergency support packages in the Budget to cover the possibility of a delay, with the furlough scheme and other measures to taper off gradually.

According to The Times, ministers were given a ‘downbeat’ briefing on Monday from Professor Chris Whitty and Chief Scientific Adviser Sir Patrick Vallance on the latest Covid data that was described as ‘fairly grim’. 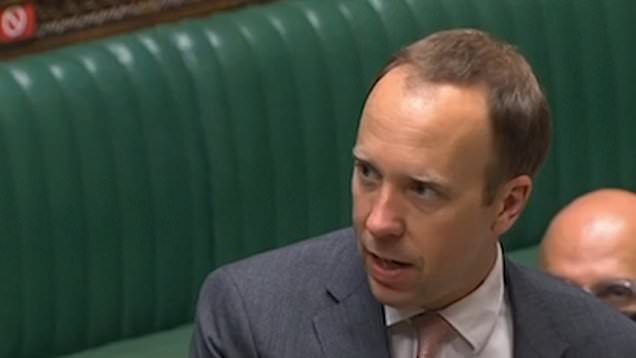 Boris Johnson will scrutinise the latest data on cases and hospitalisations this week before an announcement on Monday on whether the country can press ahead with plans.

Step four of the Government’s road map out of lockdown would see all legal limits on social contact removed, with nightclubs allowed to reopen, while restrictions on performances, weddings and mass events would also be lifted.

The decision is said to be resting on whether vaccinations have broken the link between infections and hospitalisations.

Matt Hancock said over the weekend that the link had been ‘severed not broken’ and that the Government is ‘absolutely open’ to pushing back the unlocking if necessary.

He said the spread of the Delta variant is creating a ‘challenging decision’ for ministers, as he announced a ‘strengthened package of support’ for Greater Manchester and Lancashire to tackle a rise in cases.

Millions of people in the north-west regions have been advised to minimise travel and meet outside where they can.

It is understood that a four-week delay would allow for all over-50s to receive their second dose of the vaccine and build up adequate protection.

If plans were pushed back to July 23, this would also coincide with the end of the school summer holidays reducing outbreaks in the classroom.

The health secretary said a ‘huge proportion’ of the latest cases – particularly of the Delta variant – have been among children.

Reports suggest 12 to 15-year-olds could be offered the Covid vaccine from August after the Pfizer jab was approved as safe for the age group.

Ministers are awaiting the latest advice from the Joint Committee on Vaccination and Immunisation (JCVI) before making a final decision on whether to extend the jab rollout to schools.

A delay to June 21 plans is likely to cause uproar from Tory backbenchers, with minister Steve Baker urging that it is the ‘last chance’ to save battered industries such as hospitality.

Lockdown-sceptic Sir Charles Walker warned the prime minister against a delay saying it would lead to a ‘huge wave of disappointment across the country’.

The vice chairman of the 1922 Committee of Conservative MPs told BBC Newsnight: ‘The delay could be two weeks, a month, but I think the real issue here is if we can’t open up the economy at the height of summer then I think we are facing the very real prospect of more forced lockdowns in the autumn – I just don’t see how we can avoid that.

‘The goalposts – as we’ve always said, it’s a well-worn cliche – are moving.’