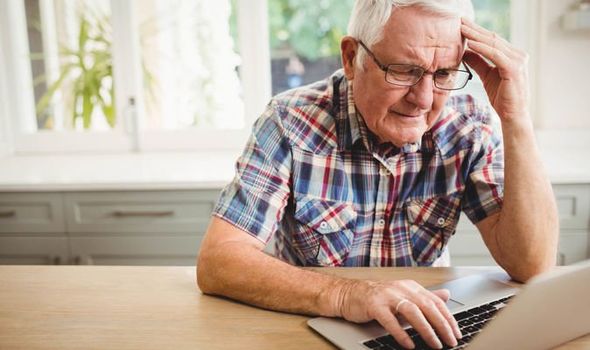 Prime Minister Boris Johnson has resisted moves to abandon it because it was a clear commitment in last year’s Election manifesto. But with the economy on its knees because of the Coronavirus pandemic, Mr Sunak is desperate to balance the books and claw back billions of pounds in economic bailouts. The move would save the Treasury around £4bn a year – but would be a vote loser and unpopular with pensioners.

The current flat rate state pension is £9,110.40 a year in 2020/21 and not enough to live on comfortably without private pension savings.

Stuart Feast, the director of pension and retirement specialist Zippen said: “The Chancellor is

in something of an invidious position here.

“If he takes an axe to the very popular triple lock facility then it is likely to be a significant vote loser for him.

“On the other hand, the UK is facing one of its first worst financial crises since the depression years, and radical action will almost certainly have to be taken. 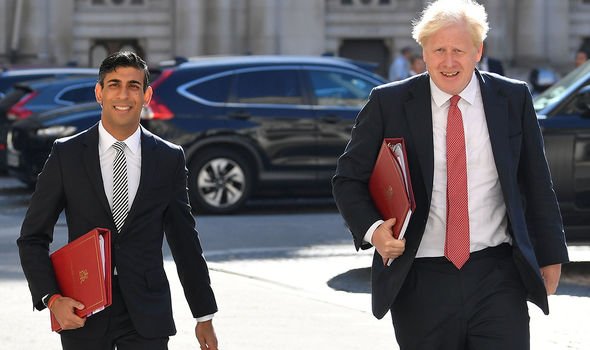 “That said, pensioners are all too often an easy target and let us not forget that millions of people aged 65-plus are living on or near the poverty line.

“To attack what for many is their only source of income would seem to be very harsh at this time.”

However independent pension expert Malcolm McLean expects the triple lock to be scrapped as it becomes too expensive to fund.

“There’s good reason why the status quo cannot continue untouched for the next four years,” he said.

“Earnings are expected to dramatically rise after the Coronavirus Job Retention Scheme ends next month.

“When employees return to work and start receiving their full pay again, average

earnings will experience a sharp, albeit artificial, increase.

“The state pension increase in April 2021 will be based on figures from this autumn.

“With earnings and inflation both down, the uplift is likely to be 2½ per cent.

“However the bounceback of earnings next year could land the Treasury with a hefty pension bill in 2022.

“Whatever he decides he will be criticised but assuming he gets the green light from the PM, I expect there to be changes and the triple lock as we know it will more likely than not have to go.”

Instead of scrapping the policy, experts say the Chancellor could tinker with it.

This could include a freezing of the triple lock for the next few years, scrapping it altogether, capping the maximum percentage increase possible, having a “double lock” based on the better of earnings or prices only, or having a “single lock” of either earnings or prices alone.

Alistair McQueen, of Aviva, said: “This isn’t an easy decision for the Chancellor. There are no easy options.

“But he does have wriggle room. The Conservative manifesto committed to keeping the triple lock. It did not however say “how” this triple lock would be kept.

“This potentially gives him room to maintain three locks, but not in today’s form.

“With strained public finances; rising unemployment and volatile wages, there is a strong argument for a fresh look at the policy.

“Everyone is being affected by coronavirus. Everything must therefore be on the table, including the triple lock.”

Unemployment is projected to rise to 4.5m as a result of the crisis and the Chancellor has made no secret of his concerns about the long-term damage to the UK economy.

Scrapping inflation-linked increases to other welfare payments and public sector salaries could also be on the cards as Mr Sunak toughens his stance in the run up to November’s Budget.

The COVID-19 pandemic is the latest in a whole string of pressures bearing on the government to abandon the triple lock.

Think tank the Social Market Foundation (SMF) argued earlier this year that the huge cost of the coronavirus crisis should be shared fairly across the older and younger generations.

The SMF claimed that continuing to maintain the state pension triple lock would be unfair, given the economic sacrifices that younger generations will be forced to make.

What is the triple lock?

The triple lock guarantees that the state pension rises every year by the highest of wage growth, inflation or 2½ percent.

It was designed to ensure that pensioners’ spending power rises in line with workers.

The policy was introduced by David Cameron in 2010 and has since become a cornerstone of Conservative Party policy, appearing in the manifesto in 2015, 2017 and 2019.

It has been a crucial part of the Tories’ pitch to older voters, who are more likely to turn out in general elections.

However the state pension bill accounts for 44 percent of welfare spending and economists have been warning that the triple lock policy is too expensive to be sustainable.