Disgraced former Tory MP has been given a pass which allows him free access to Parliament despite a ban on them being handed to jailed ex-politicians.

The former Thanet South MP, 78, was given the security permit by former speaker John Bercow before he left the post last year.

This was despite a prohibition on handing them out to politicians who have served prison sentences of longer than a year.

Mr Aitken was jailed for 18 months in 1999 after being convicted of perjury after accusing he Guardian newspaper of libel.

But he was ordained as a Church of England deacon two years ago and works as a prison chaplain.

A Commons spokeswoman told the Guardian that the usual ban on handing passes to jailbird former MPs had been over-ruled by Mr Bercow.

‘Regarding Mr Aitken, the then Speaker took a view that as his conviction was spent, Mr Aitken should be given a former member’s pass,’ she told the paper. 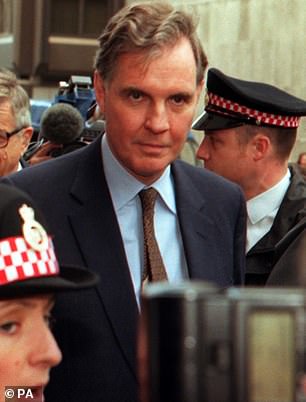 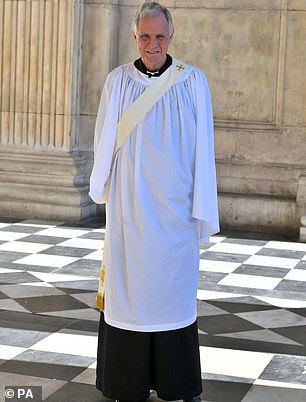 Mr Aitken was jailed for 18 months in 1999 after being convicted of perjury after accusing he Guardian newspaper of libel (right). But he was ordained as a Church of England two years ago, and works as a prison chaplain (left)

Mr Aiken was an MP in Kent, for more than two decades until stepping down at the May 1997 general election.

He was jailed in 1999 for lying under oath in the libel case against The Guardian.

He sued the newspaper after it said he allowed aides of the Saudi royal family to pay his £1,000 hotel bill at the Paris Ritz in September 1993.

He had famously vowed to ‘cut out the cancer of bent and twisted journalism in our country with the simple sword of truth and the trusty shield of fair play.’

But he admitted committing perjury after the paper produced evidence that showed he was lying in his evidence.

The ex-Tory MP was ordained at St Paul’s Cathedral in 2018 and followed it with a celebration at the Old Bailey.

He joked at the time that his first return to the famous London court building since being jailed there 19 years ago would be a happier occasion.