Britain has fallen silent to remember those who died in war as the coronavirus pandemic restricted Armistice Day commemorations.

Today marks 100 years since the ‘Unknown Warrior’ was buried at Westminster Abbey to symbolise all the soldiers whose bodies never returned home.

An invite-only service was held at Westminster and attended by Prince Charles, the Duchess of Cornwall and Prime Minister Boris Johnson – who all arrived wearing masks.

It comes after the Queen was seen covering her face in public for the first time when she visited Westminster Abbey for a Remembrance Sunday service last weekend. 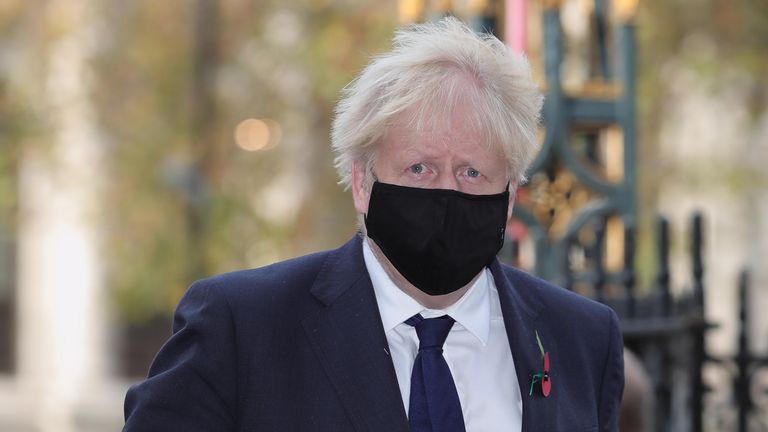 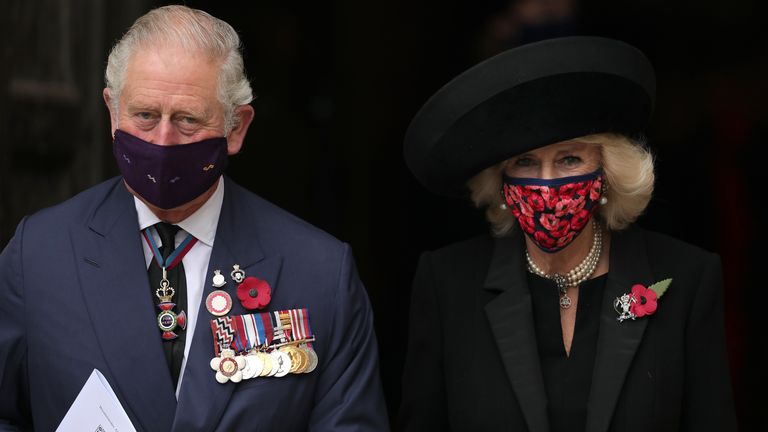 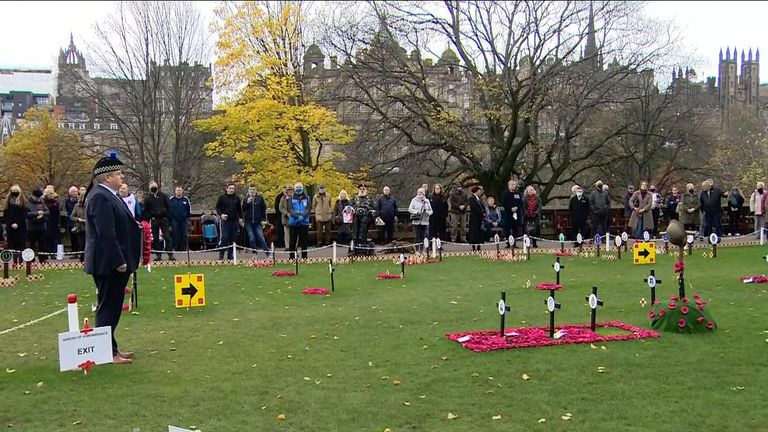 Despite coronavirus restrictions that ban people from meeting more than one other person they don’t live with in England, Downing Street gave remembrance gatherings the green light – providing they were outdoors and socially distanced.

Wednesday also marks 100 years since the Cenotaph was unveiled on Whitehall to pay tribute to fallen soldiers who fought in the First and Second World Wars. 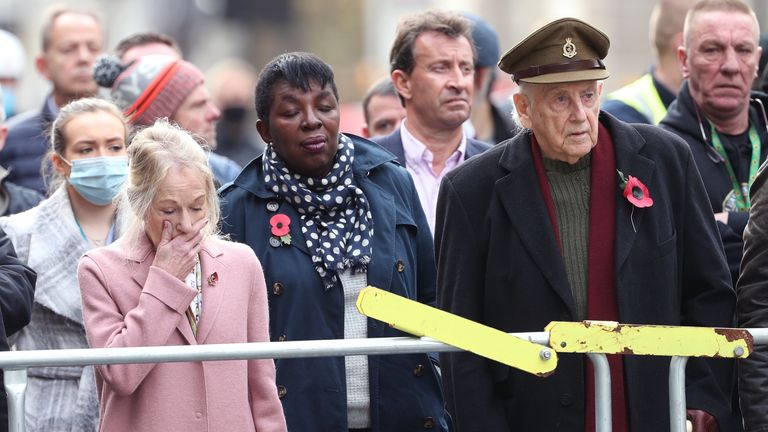 While people usually turn out to lay poppy wreaths at their local war memorials, smaller ceremonies were restricted this year.

Instead people up and down the country were encouraged to stand in silence on their doorsteps or by their windows.

At a mass testing centre in Liverpool, where a new trial is being carried out, work came to a standstill for two minutes to observe the silence.

A special Armistice Day service was also held in the House of Commons for the first time, with around 50 of the 650 MPs able to attend with social distancing measures in place.

Commons speaker Sir Lindsay Hoyle announced the service yesterday, saying: “Pausing for two minutes to remember the sacrifice made by so many brave men and women in faraway places 102 years ago is something we should not give up to this awful virus. 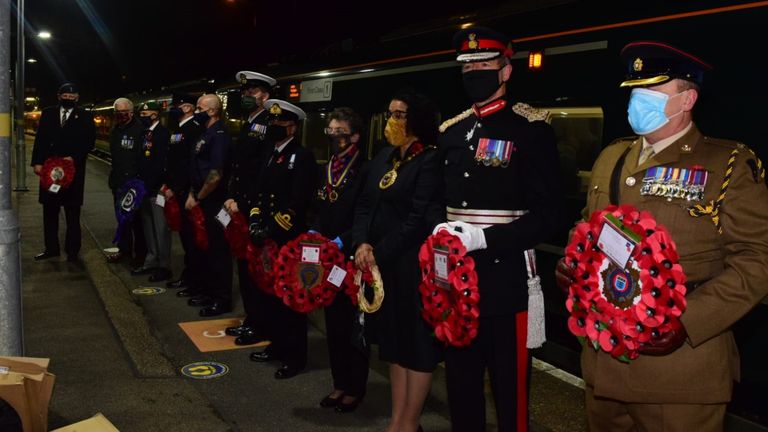 “It is why I wanted this House and its members to have the opportunity to commemorate this moment in the Commons chamber.”

Elsewhere, 100 poppy wreaths were taken by members of the armed forces on a train from Penzance in Cornwall so they would arrive in London in time for 11am. 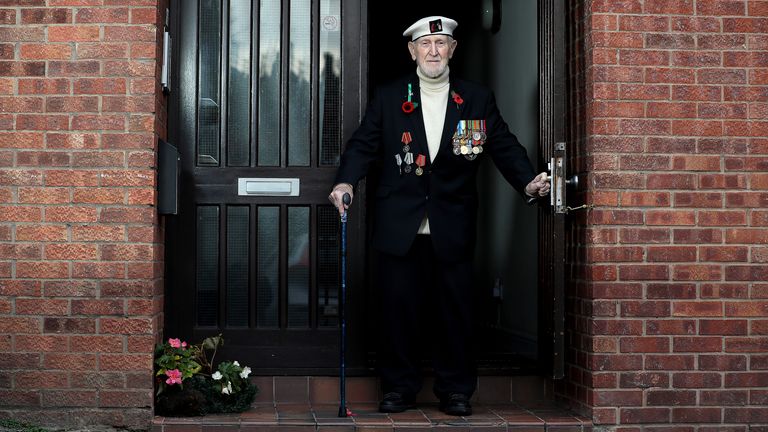 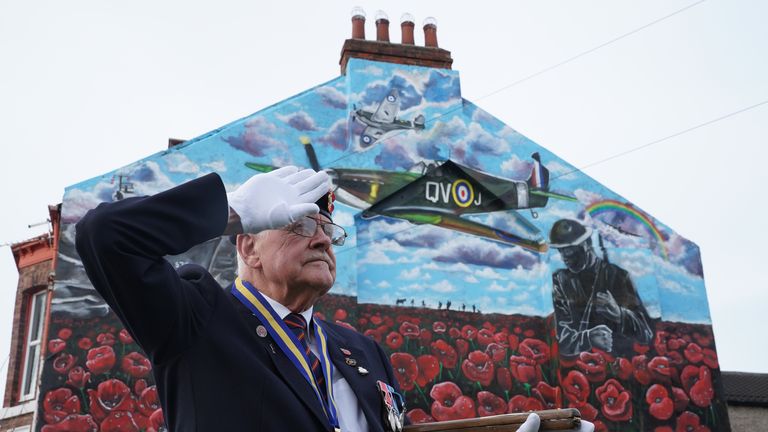 The traditional two-minute silence is held every year to mark the end of the First World War, after an agreement between Germany and the Allies took effect at the “11th hour of the 11th day of the 11th month” of 1918. 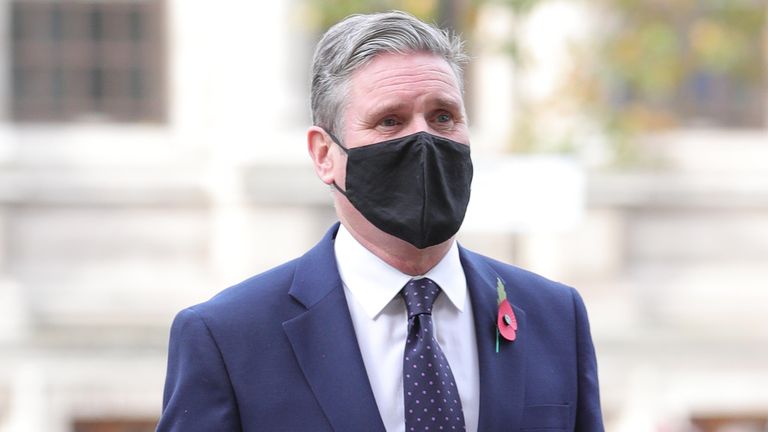 “To many of those who stood in silence or who made the pilgrimage to Westminster, he was not unknown at all.

“His very anonymity meant that he was the father, husband, son or brother who never came home from the war.

“Today the tomb of the Unknown Warrior reminds us all that war has a cost and that we should never forget those who sacrificed their lives for our free and open way of life.”