Which medals does Prince Edward have?

As he stood for the silence, several medals could be seen adorning Prince Edward’s chest.

While not all could be seen clearly, he has several honorary medals. 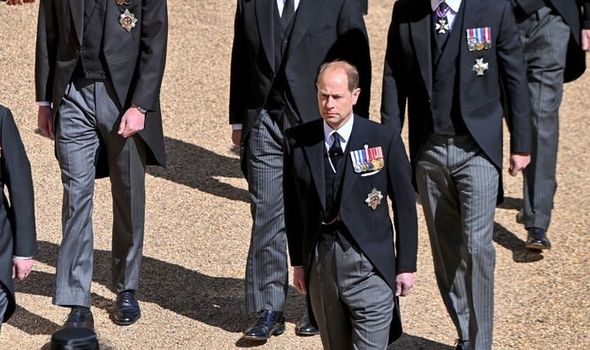 Edward also has the Royal Victorian Order Star and Order of the Garter Star which are given by the Queen.

He could also be seen wearing epaulettes on his shoulders with gold braiding which reflects his appointment as an Aide-de-camp to The Queen.

This is worn just off the right shoulder when someone is appointed as an ADC to a Royal Family member rather than on the left shoulder for other appointments.