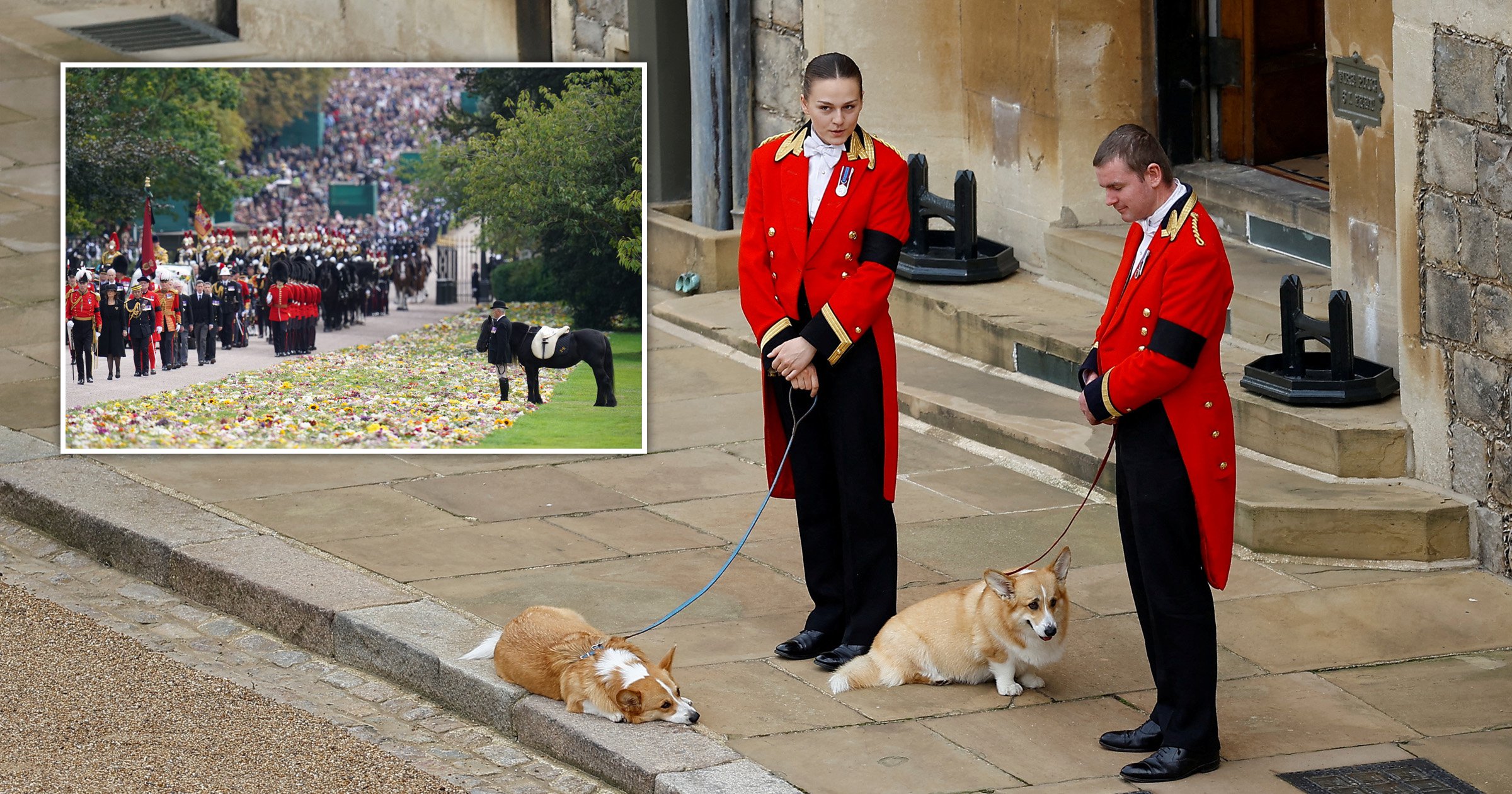 The Queen’s beloved corgis and her fell pony have been pictured awaiting the procession to Windsor Castle.

It has already been an emotional day for royal fans watching the historical event in Westminster Abbey and many have struggled to contain their feelings.

So, the sight of the poor animals observing their owner’s coffin being carried to St George’s Chapel has brought a tear or two to many people’s eyes.

Footage shows puppies Muick and Sandy, who were a ‘constant joy’ for the late monarch during the pandemic, observing the procession this afternoon.

Her Majesty owned more than 30 corgis and dorgis – a famous corgi dachshund mix – during her reign.

The Queen preferred the breed because of their ‘energy and untamed spirit’.

Her dogs were often seen by her side at her royal residences throughout her life.

Insiders said the corgis have their own base in the Palace, referred to as ‘the corgi room’ where they slept in elevated baskets to avoid the draft.

After the royal’s death, they will now be looked after by her son, Prince Andrew.

Meanwhile, her faithful fell pony Emma was also seen standing on her own as the carriage passed by.

The late monarch was also well-known for her love for animals and in particular for horses, a passion which was drilled into her children.

Speaking to The Post, royal biographer Claudia Joseph said the horses would most likely also be staying within the family.

She said: ‘It is likely that the queen’s daughter, Princess Anne, and [Anne’s] daughter, Zara, who were both Olympic equestrians and well-known horse lovers, are likely to be involved in what happens next to the queen’s animals.’