The Queen’s Stud Groom Terry Pendry who regularly went riding with the monarch held her favourite horse at The Royal Mews, Windsor Castle. The Queen was photographed riding beloved pony, Carltonlima Emma along the banks of the River Thames on her 91st birthday. In recent years the Queen favoured Fell ponies for her rides, which are known for their strength and steady temperament.

Narrating author David Dimbleby said on BBC News: “It was only a few months ago that the Queen was seen riding in the park. As many people have said today, her two great passions were horses and dogs.

“It’s a rather touching sight that Emma should be brought out to watch the procession go by.”

The Queen was in “tremendous form” just a few days before she died and discussing “her love for her horses right to the very end”, according to her trusted bloodstock and racing adviser.

John Warren features in one of the most repeated TV clips of the last week, when the Queen clapped her hands and beamed as her horse Estimate claimed victory in Royal Ascot’s Gold Cup in 2013 – the first time in the race’s 207-year history that it had been won by a reigning monarch.

Mr Warren said he spent the weekend before the Queen died in Scotland, discussing her horses, as they had done so many times before. 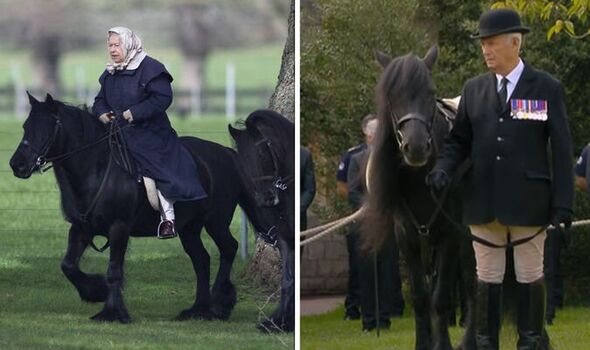 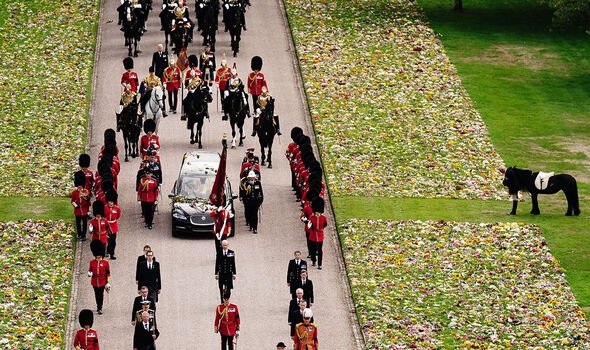 “We sat there for hours over the weekend strategising and making plans going forward, he told the PA news agency.

“And I think the nicest thing for me is to know that she was surrounded by her family members.

“She was in such a healthy state of mind and in tremendous form.

“It’s very important to know that she was absolutely, wonderfully switched on.” 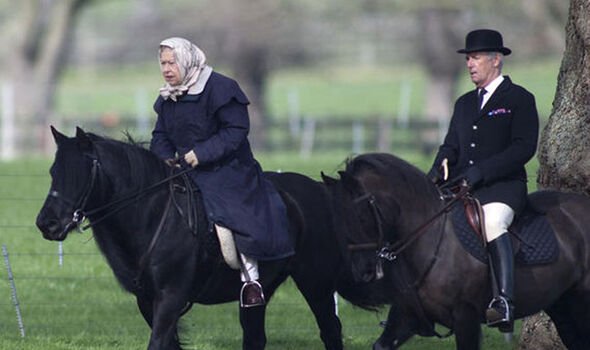 Alan Titchmarsh recalls rude joke Queen made at his investiture

Mr Warren said the Queen had seen a lot of the King and Queen Consort, who were also in Scotland, and was enjoying having different groups of family staying at Balmoral.

“She really loved having them right there with her and being able to talk about her horses and her love for her horses right to the very end,” he said.

“On the Tuesday evening she was in really good form, delighted she had had a winner, and talked about the prime ministers coming in and out, and I can hardly believe it possible that within less than 48 hours the Queen had died.” 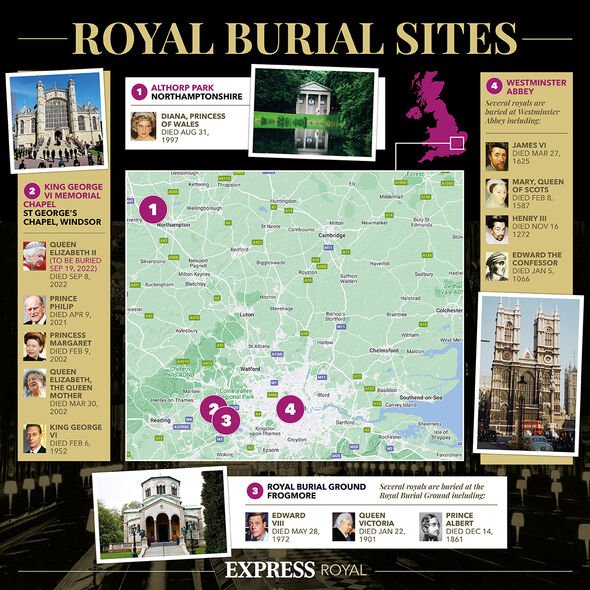 He said: “Shocking as that was, it is wonderful to know that she led a long and full life, and dutiful to the very end.

“Perhaps the racing community contributed to giving her some pleasure along the way.”

Mr Warren recalled that day at Ascot in 2013, saying her display of emotion was the culmination of a seven-year journey with Estimate, from before her birth.

“The footage you can see doesn’t actually show you the final two furlongs,” he said.