Queen Elizabeth II is the longest-reigning monarch in British history and has dedicated her entire adult life to royal duty. The Queen has been on the throne for 67 years and in that time she’s formed an extraordinary bond with another European head of state.

At 93 the Queen keeps up a packed schedule of engagements and while she travels abroad less these days she used to make regular trips out of the country.

Royal families across Europe are interlinked because of the Queen’s great-great grandmother Queen Victoria and her German husband Prince Albert.

They had nine children together many of whom went onto to marry other European royals and sit on thrones across the continent.

The Queen’s husband Prince Philip, 98, was Prince Philip of Greece and Denmark before he joined the British royal family. 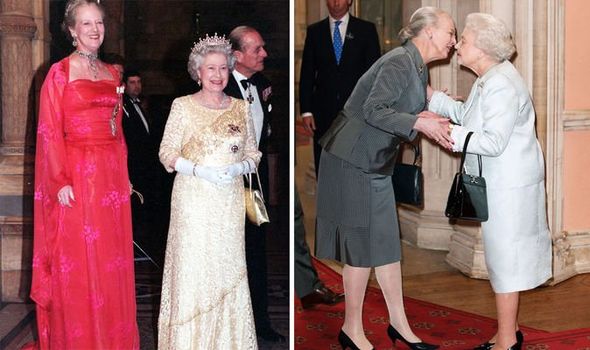 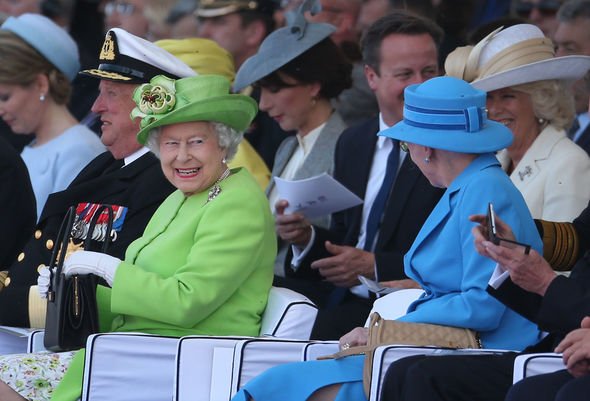 He and the Queen are in fact distant cousins as they are both descendants of Queen Victoria.

Queen Margarethe of Denmark, 79, and Queen Elizabeth II are said to get on famously and the two royals are often snapped smiling together at engagements.

While Margarethe is 14 years Elizabeth’s junior, the female rulers are close. 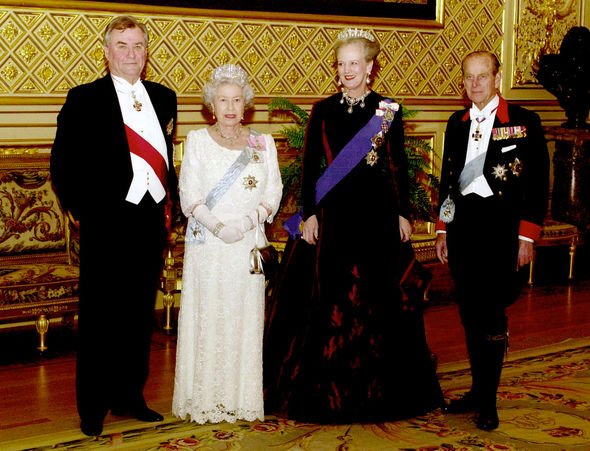 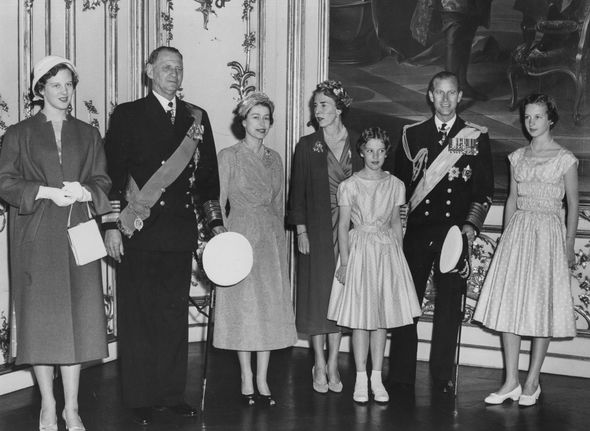 Life can be lonely at the top so it’s no surprise the two Queens see eye to eye.

They are currently the only two female monarchs in Europe and their friendship spans decades.

The Queen and Margarethe are also distant relatives – they are third cousins through Queen Victoria and are related through marriage via Prince Philip.

Both Queens have a love for animals and have bonded over their soft spot for dogs.

DON’T MISS
Royal Family News: the one person the Queen most trusts revealed in [INSIGHT]
Over half of Britons think Duchess ‘has been good for Royal Family [POLL]
Meghan Markle and Prince Harry are royal insult to our modern Queen [OPINION]

Queen Margarethe is known for having daschunds while Queen Elizabeth II is famous for her Corgis.

The Queen has also kept daschunds over the years and bred them with her corgis to produce a cross-breed known as dorgis.

The Queens have met regularly at royal events over the years and Queen Margarethe visits Buckingham Palace as much as her busy schedule permits.

They were most recently pictured together at a 70th anniversary of the D-Day landings event in June. 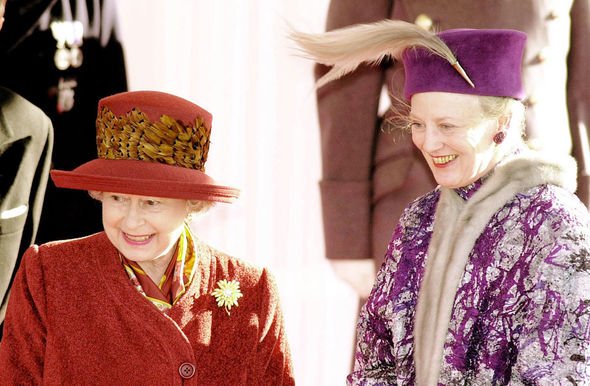 She is the supreme authority of the Church of Denmark and Commander-in-Chief of the Danish Defence.

Margarethe is also a Lady of the Order of The Garter and a Dame Grand Cross of the Royal Victorian Order.

What is a Lady of the Order of The Garter?

The Most Noble Order of the Garter is an order of chivalry founded by King Edward III of England in 1348.