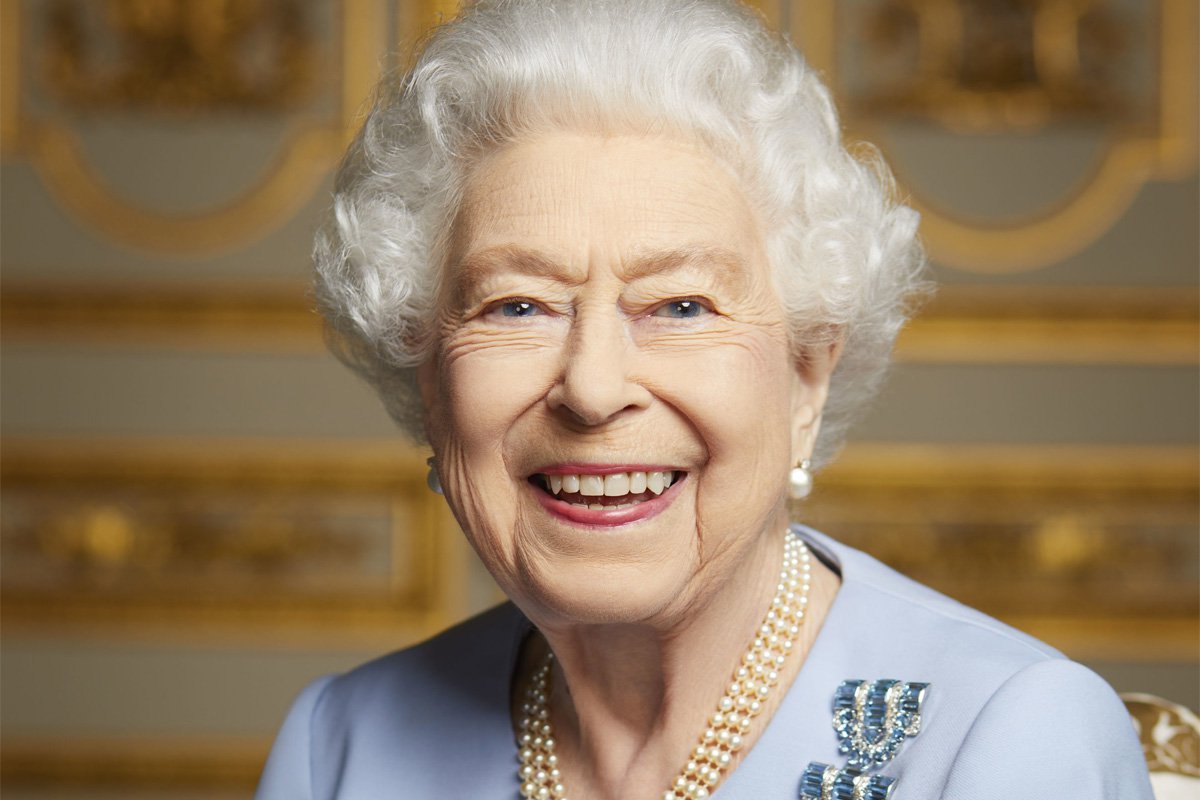 An unseen portrait of the Queen smiling with joy has been released by Buckingham Palace on the eve of her funeral.

Taken in May ahead of the Platinum Jubilee celebrations, the photo shows the monarch beaming brightly at the camera in her Windsor Castle home.

The Queen is dressed in a dusky dove blue dress with her hair neatly curled.

She is also wearing her favourite three-strand pearl necklace, pearl earrings and her aquamarine and diamond clip brooches which were an 18th birthday present from her father George VI in 1944.

The two art deco-style pieces, worn one below the other, were made by Boucheron from baguette, oval and round diamonds and aquamarines.

The Queen wore the brooches when she addressed the nation on the 75th anniversary of VE Day in 2020 and for her Diamond Jubilee televised speech in 2012.

The image was taken by photographer Ranald Mackechnie, who also took the jubilee portrait of the Queen released to mark the start of national festivities of her milestone 70-year reign.

The Queen celebrated her Platinum Jubilee with the nation three months before she died.

In a televised tribute to her mother-in-law earlier this evening, the Queen Consort recalled the Queen’s ‘wonderful blue eyes’ and said: ‘I will always remember her smile.’

Camilla also recalled how the Queen used her ‘good sense of humour’ to put her at ease on her wedding day as she paid tribute to her 17 years on.

The Queen Consort had known the monarch for decades before formally becoming part of the royal family in 2005 but felt ‘quite nervous’ as she prepared to marry Charles, she said in a tribute televised on Sunday evening.

It led to a shoe-related wardrobe malfunction which could have spelled embarassment for many brides.

But the Queen put her new daughter-in-law at ease by helping her laugh it off.

Camilla said: ‘I remember coming from here, Clarence House, (to) go to Windsor the day I got married when I probably wasn’t firing on all cylinders, quite nervous and, for some unknown reason, I put on a pair of shoes and one had an inch heel and one had a two-inch heel.

‘So, I mean talk about hop-a-long and there’s nothing I could do. I was halfway down in the car before I realised and you know, she – she could see and laughed about it and said, ‘look I’m terribly sorry’ and she did, you know, she had a good sense of humour.’