A pro-Vladimir Putin propagandist says World War Three has already started and called for the UK, France and Poland to be nuked.

Vladimir Solovyov said Russia should bomb the west to halt the flow of tanks and armoured vehicles supplied from NATO countries to Ukraine.

‘There is a full-scale Third World War,’ Solovyov told his viewers across Russia’s 11 time zones, criticising the Kremlin’s failure to launch strikes at members of the Western defence alliance.

‘We do not strike at the territory of NATO countries, because “then NATO will intervene.’

The threats come as the UK is set to supply Challenger II main battle tanks to Kyiv.

The US is set to send 50 M2 Bradley fighting vehicles.

‘No matter how much Britain gives, for us, the red line should be simple. 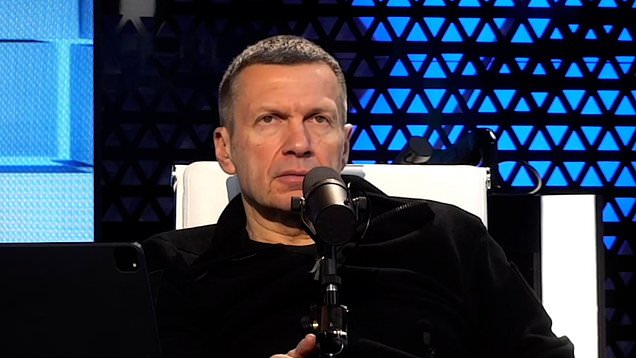 ‘Therefore, any military target on the territory of France, Poland and Britain are legitimate targets for us to strike. We need to make it official….

He implied unless Russia strikes the three Nato countries they risk being overrun in Ukraine by western tanks and armoured vehicles.

Sergey Surovikin was replaced by General Valery Gerasimov who now heads up the ‘special operation’.

Surovikin was demoted to serve as one of Gerasimov’s deputies and is one of several shake-ups of Moscow’s military leadership following a series of devastating Russian losses.