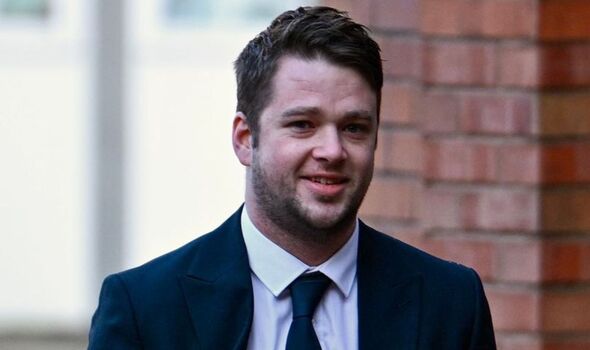 A prison officer headbutted, kicked, punched and kneed a “cowering” inmate in a vicious, unprovoked attack.

Dean Revell pretended he thought the prisoner had a weapon in his pocket and feared he was about to be stabbed.

However, his violent “pummelling” may have been carried out in revenge for a bad-tempered confrontation between them the previous day, Hull Crown Court heard.

Damning CCTV pictures from inside the prison showed the gratuitous and persistent attack.

Revell, 28, of west Hull, denied assaulting the prisoner and causing actual bodily harm on May 18, but he was convicted by a jury after a trial, following deliberations of two hours and five minutes, reports Hull Live.

Rachel Scott, prosecuting, said that Revell had been trained in the technique of “detect, defuse and defend” as the way for prison officers to deal with potential problems from inmates.

Revell agreed that he had been trained in this approach but Miss Scott told him that this “does not give you a free pass to go round attacking prisoners”.

Revell claimed that he was acting in accordance with his training.

He frequently smiled while being cross-examined after his defence evidence and Miss Scott challenged him about this. Revell claimed that it was a nervous reaction.

The day before the assault, the prisoner had been in a single cell.

“He asked me to go down for his medication,” said Revell. “I didn’t laugh at him. I was smiling. When he got aggressive, I smiled. I opened his door. Then I closed the door when he picked up a chair and he was screaming and shouting, making threats.”

Revell had claimed in an earlier defence statement that the prisoner had threatened to lose Revell his job if he did not get the man’s medication for him.

“He carried on making threats,” claimed Revell. “It happens every day and generally it’s medication.”

Revell claimed that he could not “form a tight fist” properly because of surgery that he had recently been through before the time of the assault.

Miss Scott claimed that, the next day after the medication incident, Revell was “pummelling” the prisoner with punches in an unprovoked attack after he walked towards the man in an open walkway area inside the prison.

Revell claimed: “He said something towards me. It looked like he was going to spit but, in actual fact, he was making a threat. It’s the threat that was my concern.”

The prisoner was shown on CCTV with his hand in his waistband.

Revell claimed that the man said: “What are you f***ing staring at? I’ll knock you out.”

Revell headbutted the prisoner in the face.

He claimed: “It was a heat of the moment split-second decision. You have got to instinctively react. He made a direct threat to me. I believe that the words that he said was aggressive.”

He admitted that the headbutt was “10 out of 10” for force and that it made the prisoner go back.

“Then I pushed him a little with my left hand,” said Revell. “It was intended to try to incapacitate him to try to stop him brandishing a weapon.

“I was trying to knock him backwards so that I could then grab him and get him down. I was intending to try to stop myself from getting an injury. I didn’t know he didn’t have a weapon.”

Miss Scott said that the prisoner was “cowering away” from Revell because of his aggression and said that it was an unprovoked attack.

Revell punched the prisoner five times. He claimed: “A lot of them missed or didn’t connect.”

Revell claimed: “I was trying to get him to the ground. If he’s in an aggressive state, he’s a threat, not just to myself but other people.”

Miss Scott said that Revell “continued after him” and punched and kneed him.

“You have backed him into a corner with his back against a wall, ” said Miss Scott.

Revell claimed: “I tried to punch his shoulder to get his arm. He was not complying so I punched him to try to get his arm so he didn’t react. I have kneed him.”

Miss Scott told him: “You weren’t in any danger at all. You were in full control. You knew fine well that he didn’t have a weapon. You have concocted that after the event.”

Revell replied: “There is no evidence recorded about his black eye.”

The court heard that Revell admitted headbutting and swinging punches at the prisoner but claimed that he was acting in lawful self-defence.

Revell, a former student at the University of Hull, had no previous convictions and his fiancée said in a statement that he had taken part in a selection process to join the police even after this incident but it had not resulted in a final offer, the court heard.

She described him as “kind and even natured” and added: “Dean is the most kind and honest person I have ever met.”

Sentence was adjourned for reports and Revell was allowed conditional bail.

Recorder David Gordon said: “This is a serious case.”

He told Revell: “I would like to know more about your background. All sentencing options will be open to me on the next occasion.”