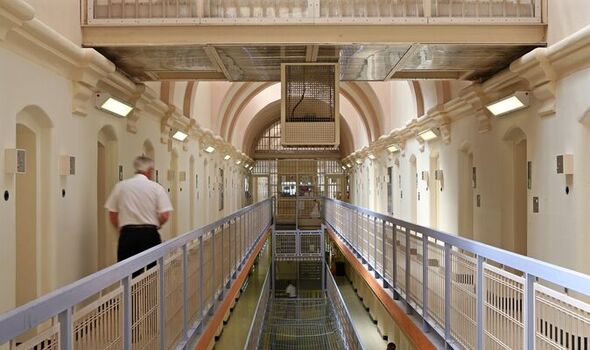 Justice Secretary Dominic Raab said the 18 wings and 100 units would “drive down reoffending” as they were rolled out in England and Wales by 2025. The Deputy Prime Minister said inmates could not be taught new skills while still addicted to drugs and “that’s why I’m determined to grasp the nettle of addiction across the criminal justice system”.

Under the plan, heroin addicts and other opiate abusers will have six months of intensive treatment in drug recovery wings.

Fifty specialists will be brought into jails to help them get clean from all drugs, including substitutes such as methadone, through abstinence.

When clean, they will then transition back through the units and into mainstream jail life.

Figures have shown around half the prison population has a drug problem, but those who get treatment are 19 per cent less likely to reoffend.

Sean Oliver, who runs Oakwood prison in Staffordshire, told Mr Raab: “Abstinence can be key to getting offenders off drugs and the start of turning their lives around.”

Mr Raab said: “Prison governors tell me they can’t make progress with skills or employment while a prisoner remains addicted or parked on methadone, which is itself highly addictive.

“Our plan will get offenders into rehab earlier, get them off drugs – all drugs – permanently, and support prisoners once they’re released into the community.

“That will drive down reoffending, cut crime and make our streets safer.” Noreen Oliver, founder and managing director of Burton Addiction Centre, in Burton upon Trent, Staffs, backed the plan.

She said: “Drugs can have a devastating impact on families and communities, from the heartbroken parents asking a child to leave the family home to the loved ones who wait in fear for a knock on the door from police officers.

“We have to be more ambitious in helping those caught in the revolving door of drugs and crime by recognising a significant number of prisoners were not criminals before they became addicts.

“Making abstinence an integral part of the treatment system will give prisoners the chance and choice to live drug and crime-free lives and make communities safer.”

Mr Raab has wanted to expand jail abstinence wings, first created in 2011, and have “as many incentives as we can” in prisons.

He said that included access to TVs, better kitchen facilities, gyms and “almost certainly” the right to work if prisoners go drug-free.