Princess Beatrice’s ‘practice’ for new baby with August and Wolfie

Buckingham Palace announced Beatrice is pregnant last week on a day which coincided with Meghan Markle and Prince Harry’s three-year wedding anniversary. It was taken by some as a snub to the Duke and Duchess of Sussex, after the pair allegedly stole Princess Eugenie’s thunder by telling the family of Meghan’s pregnancy on the day of her wedding. Beatrice is expecting her baby in the autumn and will welcome it with her husband Edoardo Mapelli Mozzi, who she married in Windsor last year.

Edoardo ‒ whose nickname is Edo ‒ already has a child from a previous relationship, five-year-old Christopher Woolf, nicknamed Wolfie.

Beatrice and Edo co-parent Wolfie with Edo’s former fiance Dara Huang, who he split from three years ago.

Beatrice will also likely now have met her nephew August.

Her younger sister Eugenie gave birth to August in February at The Portland Hospital in London. 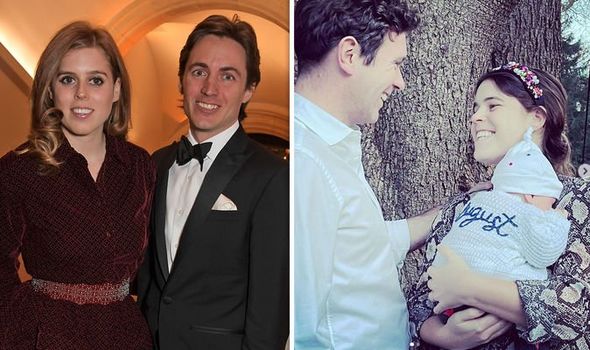 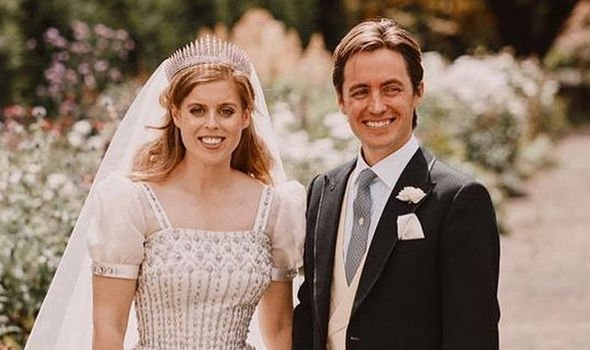 Now lockdown restrictions have eased, August will probably be seeing much more of his extended family.

“Obviously right hot on the heels of her sister, when Eugenie had her little baby August.” 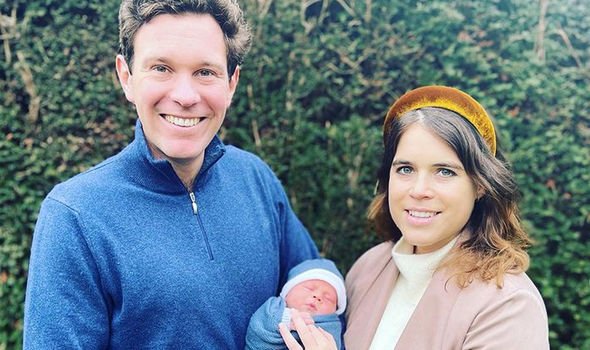 Ms Gripper added that it was “really lovely news” and very convenient because Beatrice will be able to borrow clothes and “bits and pieces” that August has grown out of.

The one piece of clothing they will not be able to use, however, is of course August’s boxer-style jacket with his name on the back.

Ms Gripper joked that Beatrice’s baby would need to “get one of their own”.

Mr Myers said: “She’s probably had a bit of a hand in caring for the baby. 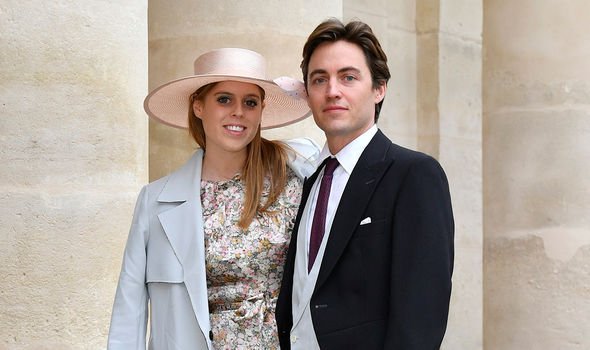 “I know we’re still sort of in Covid times but I’m sure she’s popped over to see her sister and her nephew.

“But no doubt she’s had a bit of practice with the little one as well, being a step-mum.

“So best of luck to them, due in the autumn.”

Eugenie, who is active on social media, has posted numerous adorable pictures of her little baby.

In the immediate aftermath of the birth, she posted a picture of the baby’s hand with three blue hearts to let royal fans know she had had a boy.

Then, she posted a very sweet family snap of her, her husband Jack Brooksbank, and the newborn ‒ a picture which was taken by the midwife when she went round to their house to check on them.

A few weeks later, on Mother’s Day, Eugenie posted a shot of August lying on the towel on the grass, alongside a picture of her mother Sarah Ferguson holding her as a baby.

Since then, she and Jack have posted a couple of photographs of August wearing the aforementioned jacket with his name embroidered on the back.

In this way, Eugenie has been quite open to sharing pictures of her baby so far, although often his face is either entirely or partially obscured.

Edo, on the other hand, has decided to protect Wolfie’s privacy and does not upload pictures of his little boy.

A spokesperson for the Duchess of York said earlier this year that Sarah was keen to emphasise that, while she was delighted with Eugenie’s news, she was “already a grandmother” to Wolfie, who is very much part of the family.