Beatrice’s look struck a chord with royal followers who swooned over the iconic dress.

The fairytale gown features a crinoline silhouette and hand-embroidered bodice covered in crystals and diamantés which trickled down onto the waist and hips. 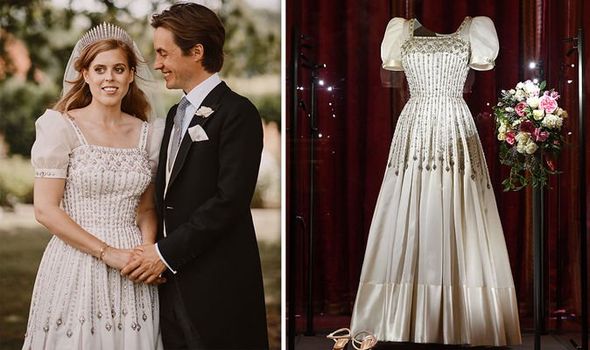 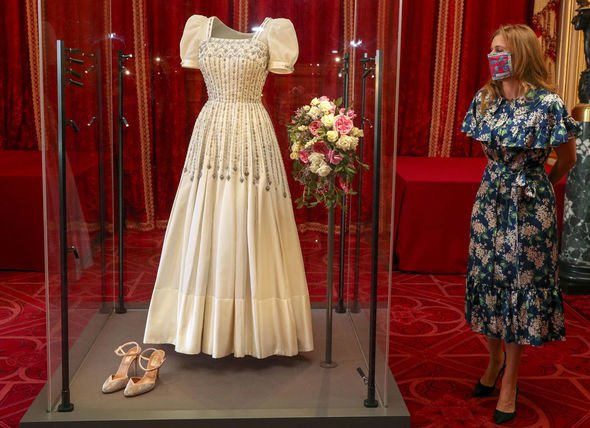 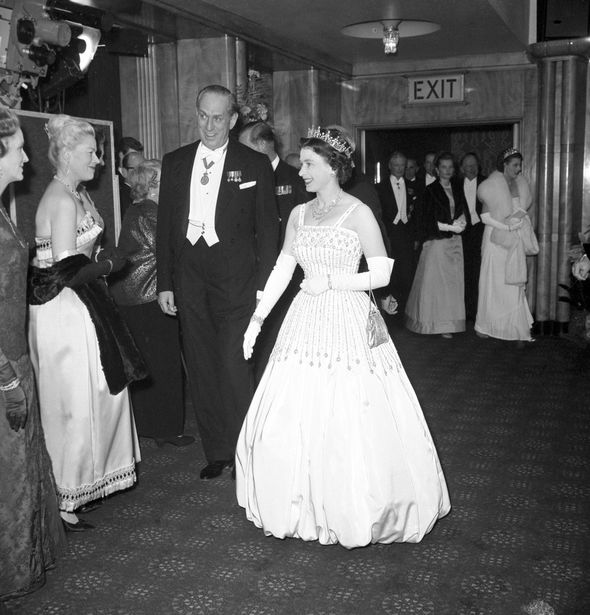 While few official photos of the wedding were released to the public, Beatrice’s dress was a key talking point.

The huge reaction to the gown has prompted the Royal Collection Trust to put in on public display at Windsor Castle.

New photos of the installation allow fans to see Beatrice’s dress up close for the first time since her wedding.

Members of the public will be able to visit the dress at Windsor Castle from September 24 to November 22 2020. 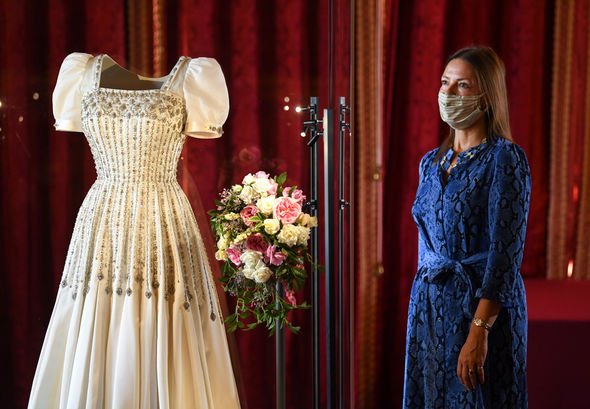 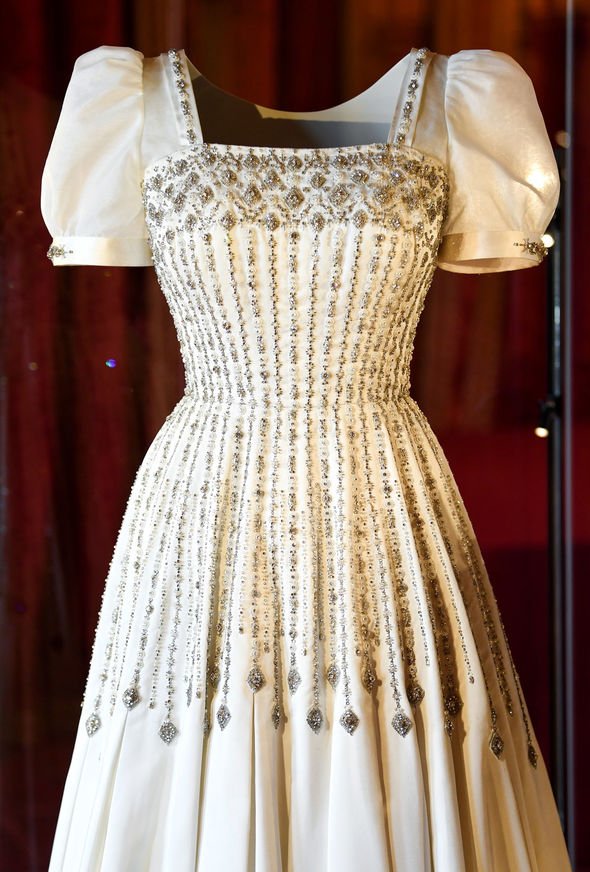 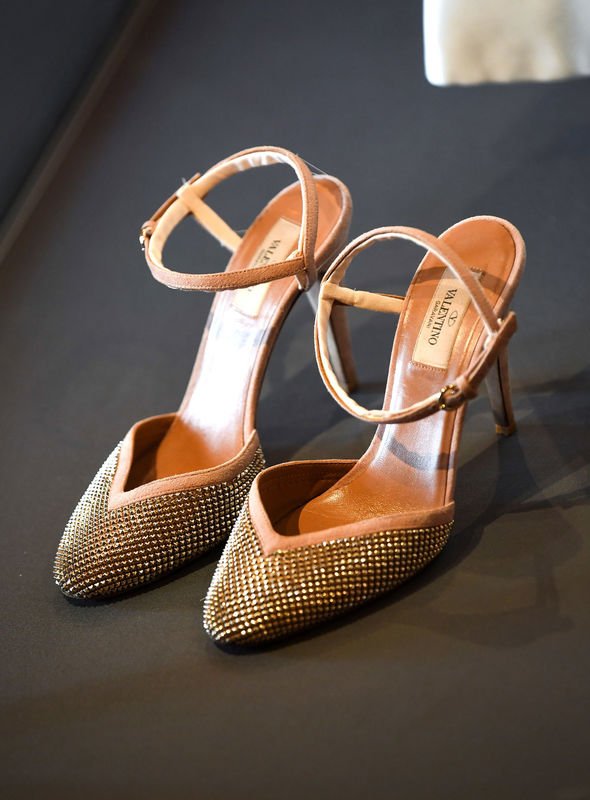 The Valentino heels also belong to the Queen and have been worn by her on several occasions including to the wedding of Prince William and Kate, Duchess of Cambridge in 2011.

Among the flowers, there were sprigs of myrtle honouring a royal tradition that dates back to Queen Victoria.

How was the Queen’s dress adjusted to suit Beatrice?

According to the Royal Collection Trust charity, several alterations were made to the Queen’s dress to suit Beatrice.

The full-skirted silhouette was softened to give it a more contemporary, simplified shape.

The underskirt and petticoats were recreated and bound with silk tulle.

Short sleeves of triple organza were added to the straps and embroidered with vintage diamantés to match the original Hartnell embroidery design.

While Beatrice’s dress was a huge hit with fans, one royal insider claimed it wasn’t her first choice. 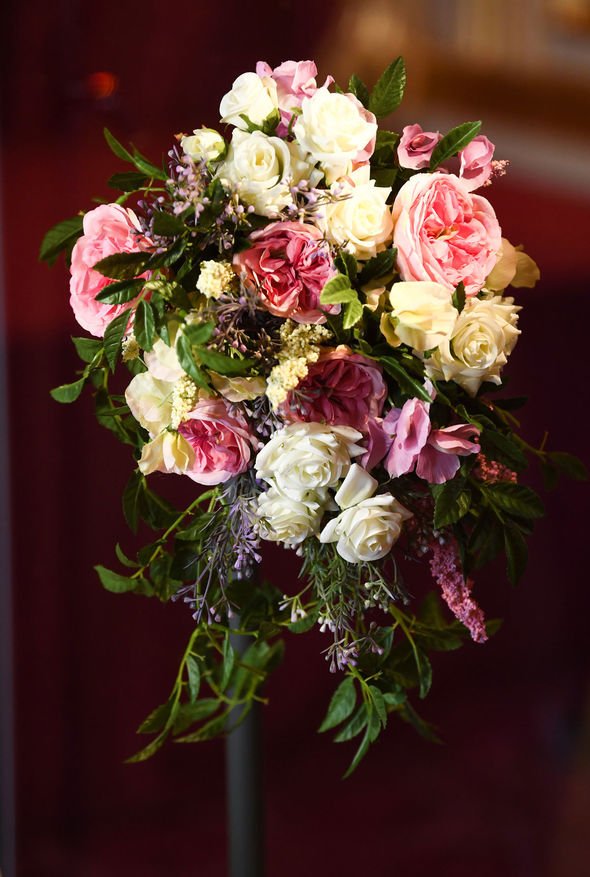 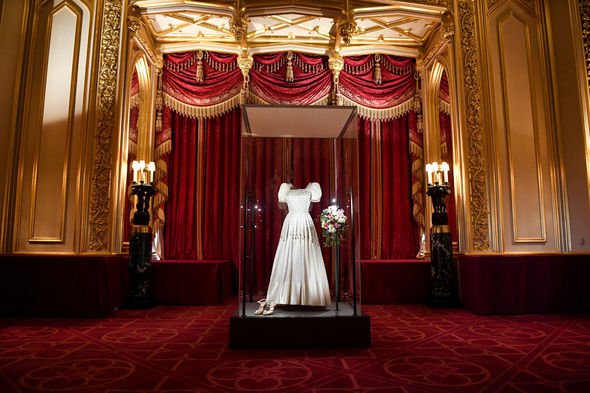 Following the wedding, a source told PEOPLE magazine that Beatrice asked to borrow the Queen’s dress following a “last-minute change of heart.”

The insider said: “Beatrice made a request [to borrow one from the Queen], and that was kindly granted – and it looked amazing! It was touching for both of them.”

Beatrice and Edoardo’s wedding set a new royal precedent as it was kept quiet from the public until after it had happened.

The couple had to scrap their original May wedding plans due to the pandemic and decided to go ahead with the secret ceremony as soon as lockdown restrictions were eased.

Beatrice and Edoardo returned from their European honeymoon earlier this month and are now understood to be living in Bea’s apartment at St James’s Palace.