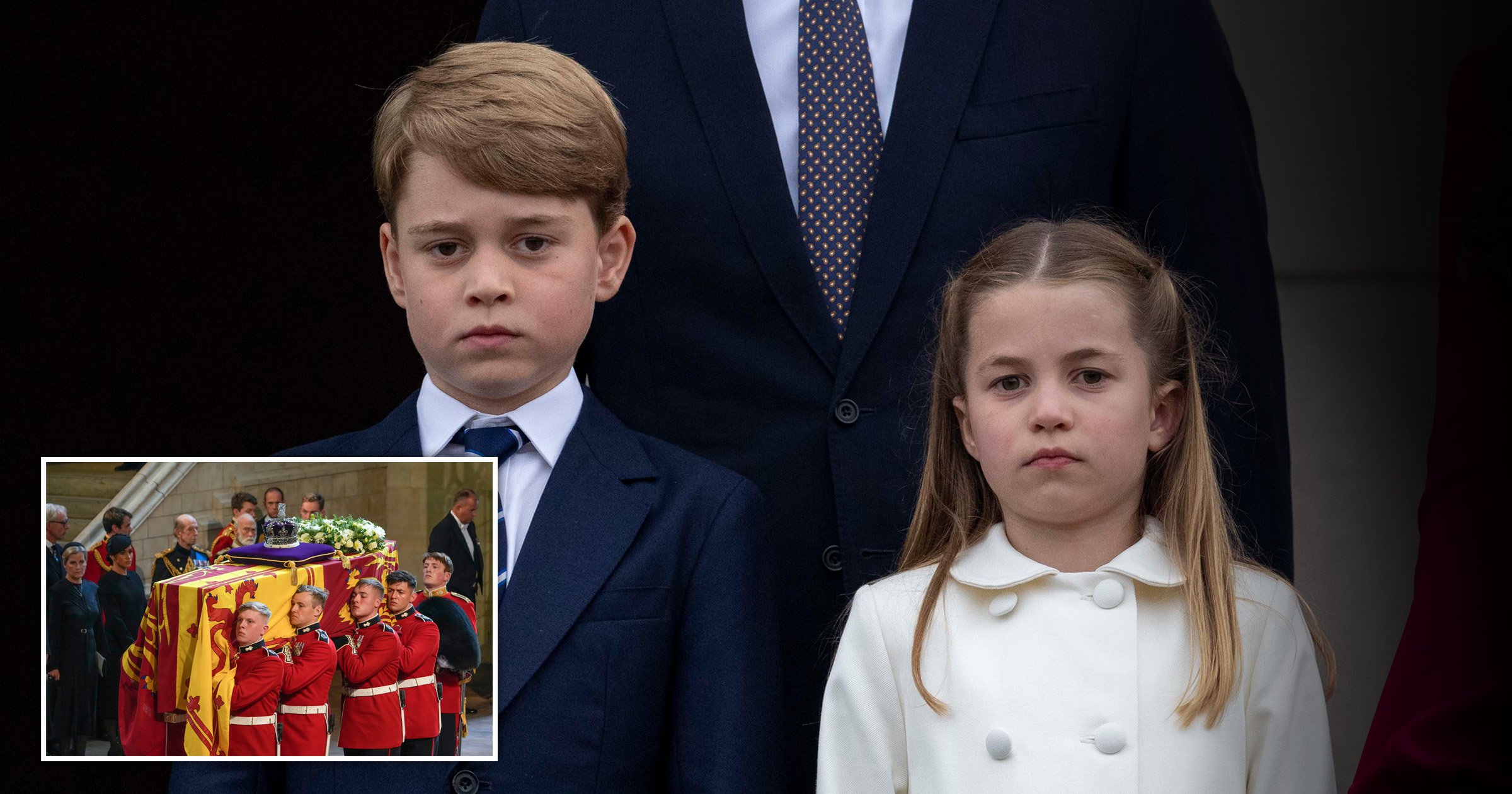 Prince George and Princess Charlotte will attend Monday’s state funeral for the Queen, whom they fondly called ‘Gan-Gan’, it has been confirmed.

The publication of the order of service on Sunday dispelled speculation over whether the nine-year-old future king and his seven-year-old sister would be deemed too young.

Their attendance was still ‘under discussion’ as late as Saturday, insiders suggest, and they have not been seen in public since their great-grandmother’s death.

It was initially thought only George might appear, with royal officials hoping it would send a message ‘reassuring the nation of the order of succession’.

But both he and his sister will step up for their most momentous public appearance yet, joining the Queen’s funerary procession in front of more than 2,000 mourners.

They will not be joined by their four-year-old brother Louis, whose playful antics at the Platinum Jubilee – while widely admired at the time – may have reminded his parents that he wasn’t ready for such a solemn occasion.

Kate, the Princess of Wales, is said to have reassured wellwishers that all three children were coping ‘well’ with the loss of their grandmother.

Lynne, from Wymondham in Norfolk, whose daughter asked after the children outside Sandringham Estate earlier this week, told the BBC: ‘Kate thanked her and said they were doing well and they were being looked after at school.’

She reportedly told another wellwisher that George understood his great-grandmother’s death but his younger sibilngs ‘less so’.

Their grandfather, King Charles, will lead the royal family behind his mother’s coffin as it is carried into Westminster Abbey.

He will be accompanied by Camilla, the Queen Consort, and followed by Princess Anne her husband, Vice Admiral Tim Laurence, then Prince Andrew, Prince Edward and the Countess of Wessex.

Immediately after them will be William and Kate, with George and Charlotte walking behind them in side-by-side formation.

The prince and princess will be followed by their uncle and aunt, Harry and Meghan, with more members of the family behind them.

They will be expected to quietly listen throughout the service, which will include a eulogy by the Dean of Westminster known as The Bidding.

Prayers will also be said by three leaders from the UK’s main church groups, before the youngsters join in singing at least three hymns and hear four of her favourite pieces of music.

The service will end with a two-minute silence, sandwiched between military trumpet calls, followed by the national anthem and a bagpipe rendition of the traditional lament Sleep, Dearie, Sleep.