Prince Charles, 71, is not usually thought of for his sartorial flair but the future king was recently lauded as a fashion icon by British Vogue’s editor Edward Enninful. A new video shared by Clarence House shows Charles answering questions about his style.

The Prince of Wales is a longtime campaigner for environmental causes and has been working to combat climate change for decades.

In the interview he shares some of his sustainable fashion tips, admitting he “hates throwing anything away or wasting anything.”

Asked where his style comes from, Charles tells Mr Enninful: “I thought I was like a stopped clock. I’m right twice every 24 hours.

“Anyway people come round after 25 years to dressing like I do.” 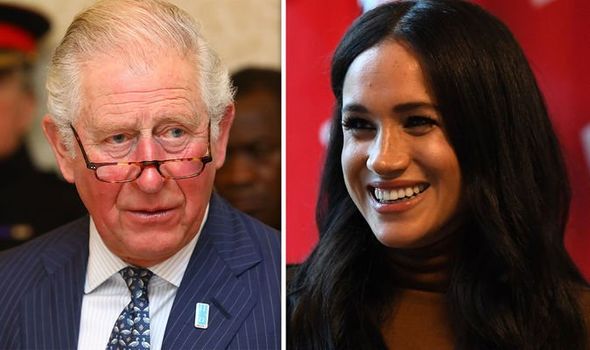 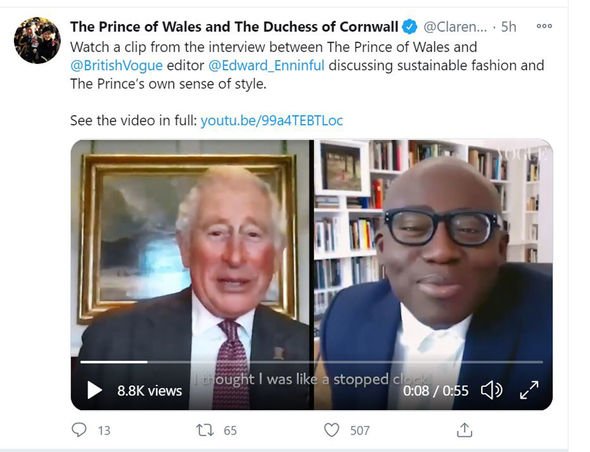 He added: “No, I mean I’m very glad you think it has style.

“I just try to, I mind to a certain degree, I mind about detail and colour and things like that and colour combinations.

“I’m one of those people who hates throwing anything away or wasting anything.

“So, I rather like trying to keep things as long as I possibly can.

“Hence, as long as I retain the same shape and can go on fitting into things, I’d rather have them repaired, you know what I mean and maintained. And even patched if necessary.” 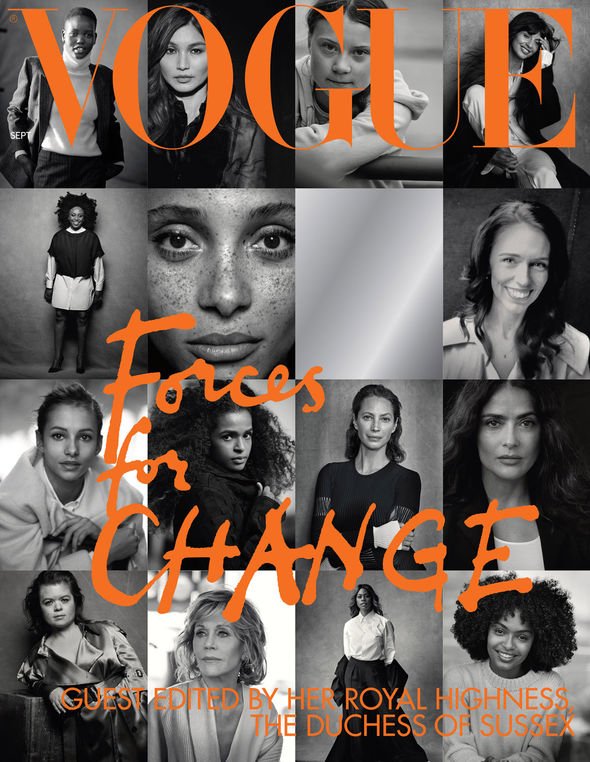 Charles is not the first Royal Family member to collaborate with British Vogue.

Last year, ahead of her decision to step down as a senior royal, Meghan Markle became the first-ever member of the Firm to guest-edit an edition of British Vogue.

Meghan persuades Mr Enninful to let her take over the September edition of the magazine which she transformed with the theme “Forces for Change.”

Meghan intended the magazine to champion powerful women from across the globe and the edition also focussed on issues such as climate change.

Where are Zara Tindall, Mike spending Lena and Mia for lockdown? [INSIGHT]
Sophie Wessex & Edward lead way with royal engagement in lockdown [PICTURES]
Camilla Duchess of Cornwall picture ‘has 3 hints she will be Queen’ [VIDEO]

The Duchess penned an introduction to the project which was published with the magazine.

Meghan wrote: “It was in early January, on a cold and blustery London day, that I sat down for a cup of tea with British Vogue’s editor-in-chief, Edward Enninful.

“Though we have several mutual friends, our first encounter had been years in the making, the impetus for which was my asking him to support an organisation I strongly believe in called Smart Works.

“What evolved over the next hour was a promising pow wow of two like-minded thinkers, who have much in common, including our love of writing.” 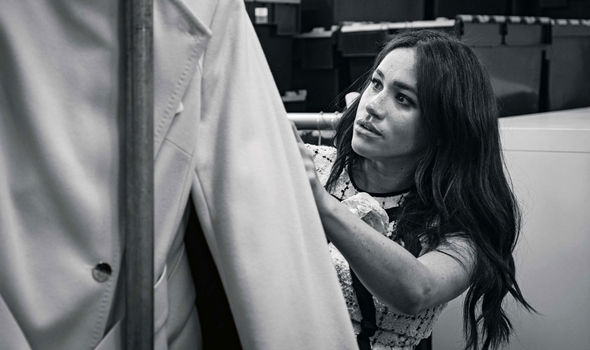 Meghan added: “Over a steaming cup of mint tea, we teased through how one can shine light in a world filled with seemingly daily darkness. Lofty? Of course. Worth it? Without question.”

Meghan added: “Within hours of our meeting’s end, we were already texting one another – philosophising about how to communicate this shared understanding and the lens through which we see the world, how to pivot from a perspective of frustration to one of optimism.

“’Edward… instead of doing the cover, would you be open to me guest-editing your September issue?’”