Two armed men were busted in Philadelphia Thursday night after allegedly threatening to “straighten things out” at a convention center where ballots were being counted.

Police learned that a mother, son and another man were driving to the Philadelphia area from Virginia Beach in a silver Hummer, which was later found parked along North 13th Street near the center, the Philadelphia Inquirer reported, citing a law enforcement source.

The trio was alleged to be armed with an AR-15 and suspected of having recently purchased a stockpile of ammo and AR-15 parts, the source said.

They were allegedly en route to Philly to “straighten things out” as workers continued tallying mail-in ballots in the city.

Bike patrol officers stopped the two men around 10:30 p.m. Thursday and found them with guns — which they did not have permits to carry in Pennsylvania, prompting their arrest.

Police didn’t say what weapons the men, who have not been publicly identified, were allegedly carrying. It’s also unclear if the mother was in fact traveling with them.

They allegedly acknowledged that the silver Hummer — decked out in QAnon stickers and gear, as well as an American flag in the back — was theirs. Another decal said “#WWG1WGA,” which stands for the conspiracy theorists’ rallying cry, “Where we go one we go all.” 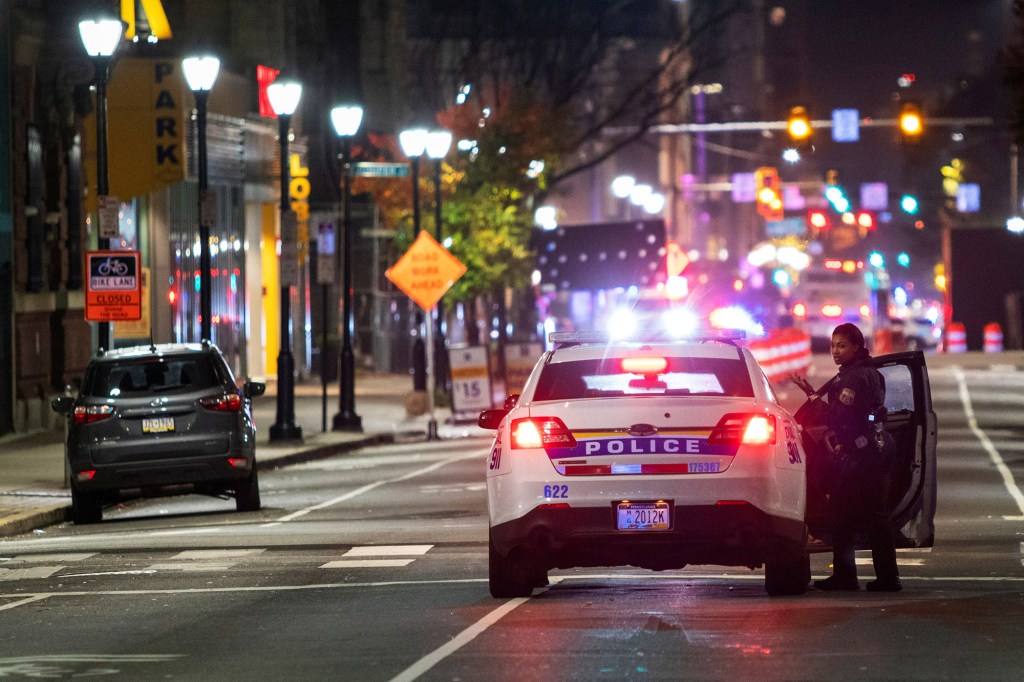 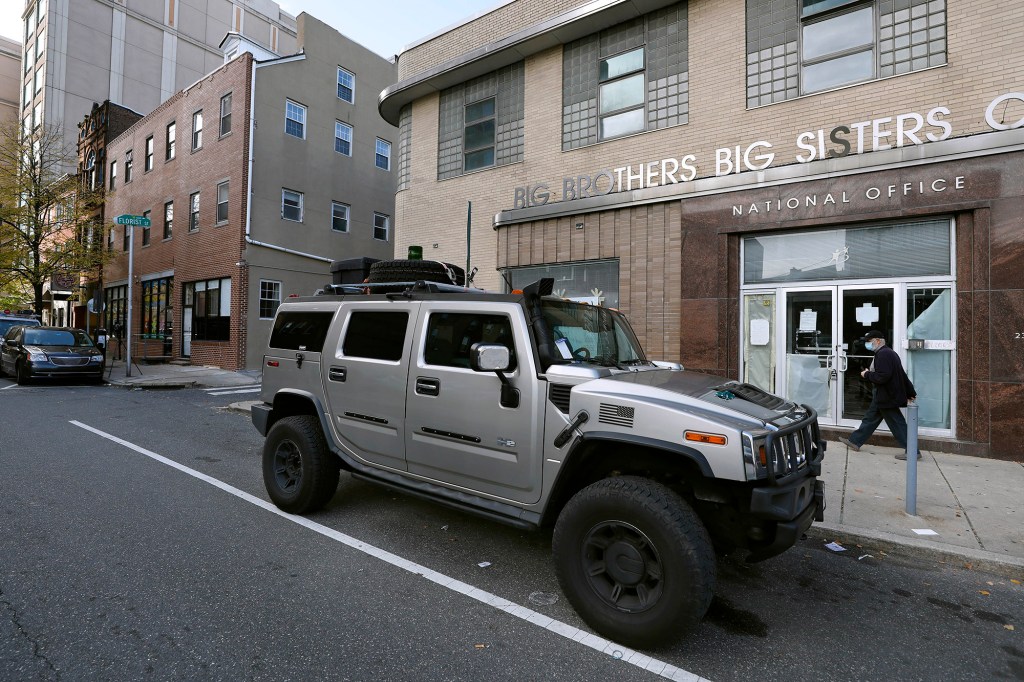 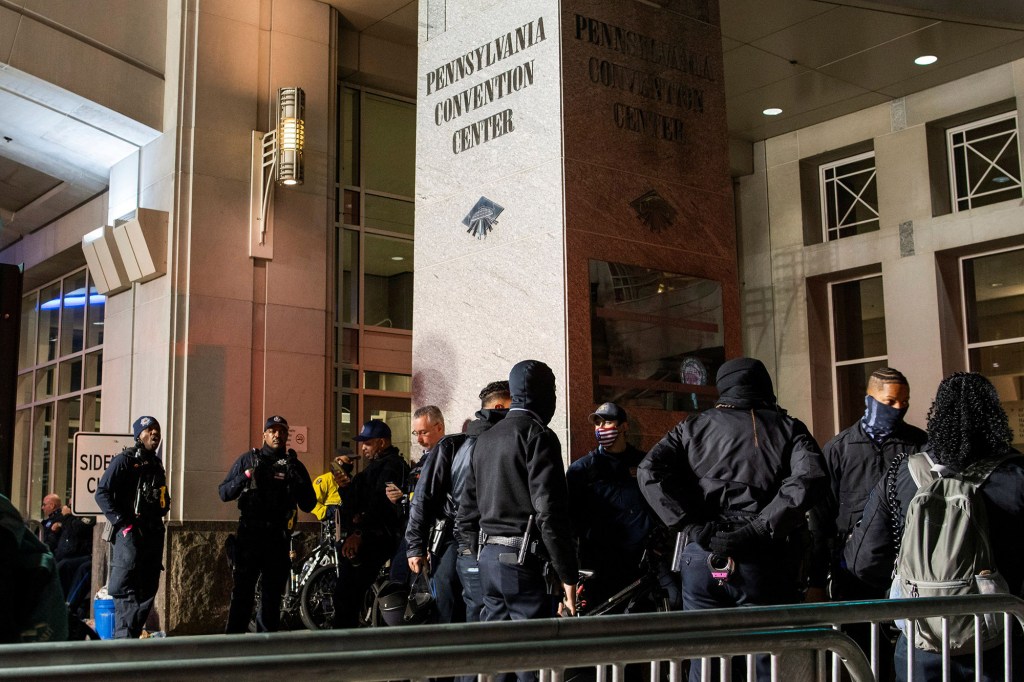 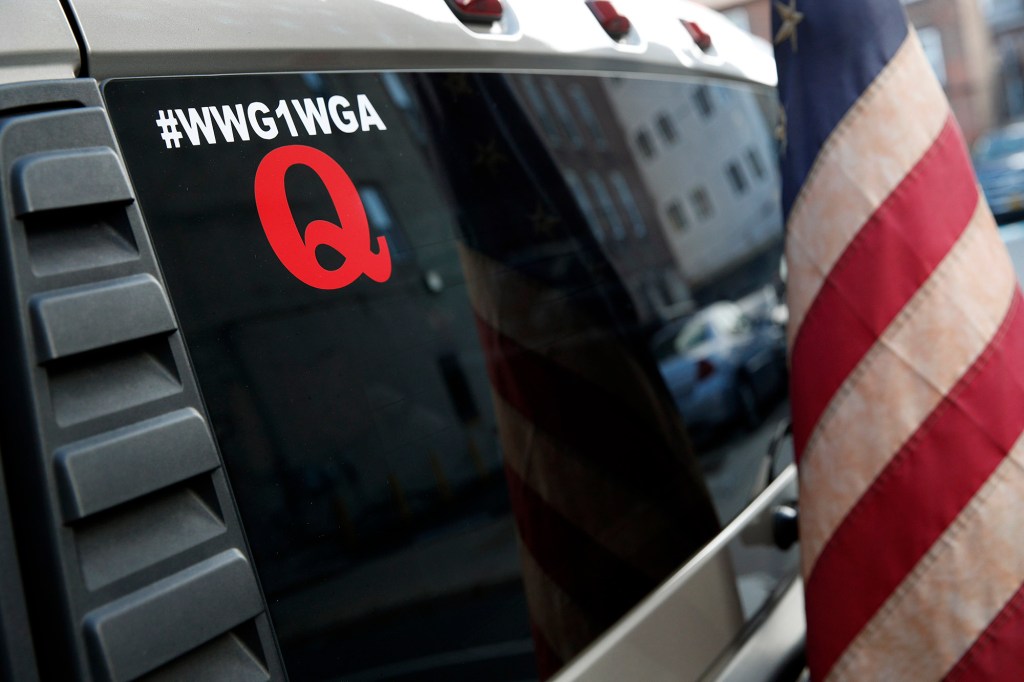 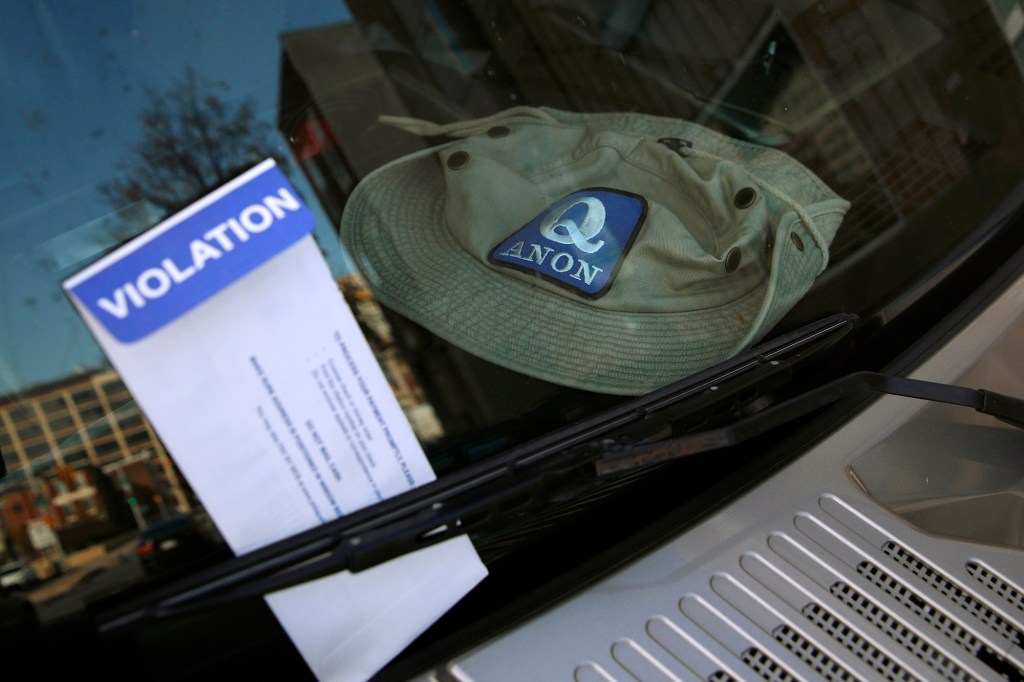