The two songs were facing being completely axed from the Last Night of the Proms due to concerns of the links with colonialism and slavery. Following public outcry, the BBC has now confirmed orchestral versions of the songs will be played but without the lyrics on the final night of Proms on September 12. Upon hearing the news, former Brexit and Conservative Party MEP, Lance Forman has stated crowds should now sing the songs outside the Royal Albert Hall on the final night.

He said: “If he doesn’t, will you join the crowd outside, waving flags and singing along with gusto so loudly that the orchestra inside will be able to hear whilst they play. Sat 12 Sep, circa 10.30pm.”

In a statement confirming the running order, the broadcaster said: “With much reduced musical forces and no live audience, the Proms will curate a concert that includes familiar, patriotic elements such as Jerusalem and the National Anthem, and bring in new moments capturing the mood of this unique time, including You’ll Never Walk Alone, presenting a poignant and inclusive event for 2020.”

After the news broke, Prime Minister Boris Johnson insisted it was now time to stop being embarrassed by the UK history.

He said today: “If it is correct, I think it’s time we stopped our cringing embarrassment about our history, about our traditions and about our culture, and we stop this general bout of self-recrimination and wetness.” 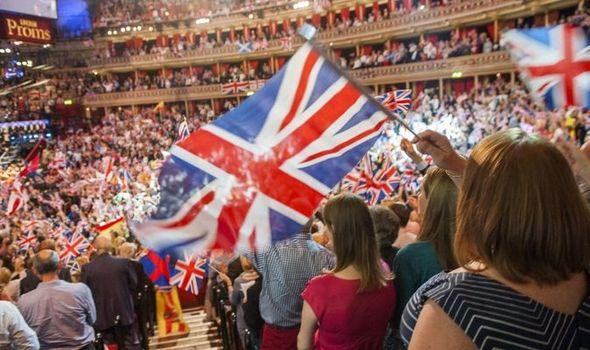 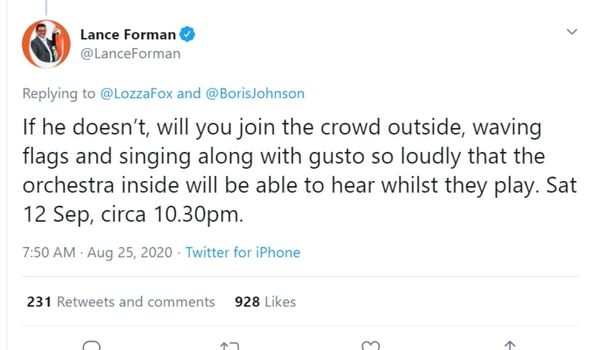 Culture Secretary, Oliver Dowden also said: “Rule Britannia and Land of Hope and Glory are highlights of the Last Night of the Proms.

“Share concerns of many about their potential removal and have raised this with BBC.

“Confident forward-looking nations don’t erase their history, they add to it.”

Business Secretary, Alok Sharma claimed he would like to hear the lyrics sung on the last night. 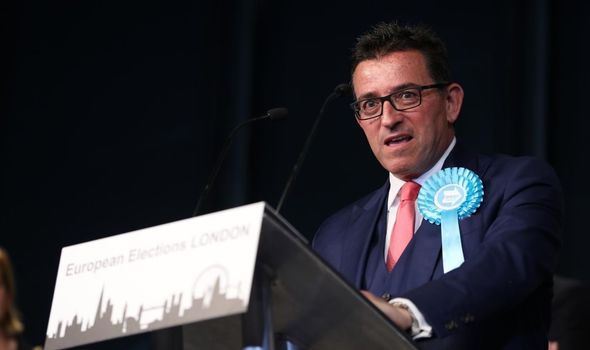 He told Sky News: “I think what’s really important is, if you’re looking at this sort of stuff, is that you should be looking to tackle the substance of problems, rather than symbols.

“I think that’s a point the Prime Minister has made very well.”

Outgoing director-general Lord Tony Hall said he supported the removal of the lyrics.

He told BBC Radio 4: “The whole thing has been discussed by David Pickard, the director and his colleagues of course it has. 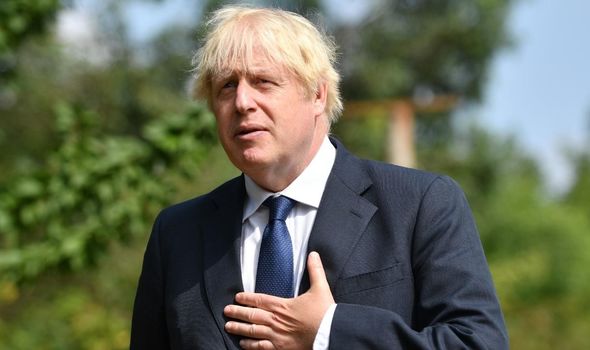 “The point is they’ve come to the right conclusion, which is it’s very, very hard in an Albert Hall that takes over 5,000 people to have the atmosphere of the Last Night Of The Proms.”

The controversy surrounds the inclusion of lyrics within ‘Rule, Britannia’ such as “Rule, Britannia! rule the waves/Britons never will be slaves”.

In ‘Land of Hope and Glory’ also makes references to the greatness of the British Empire.

Chi-chi Nwanoku who runs the Chineke! Foundation, claimed it now time to remove the lyrics.

She added: “We find it offensive. 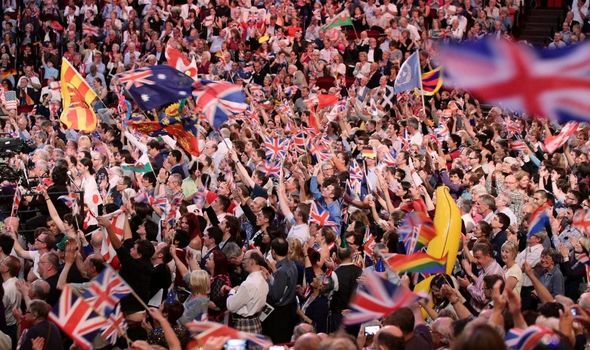 “These songs are jingoistic echoes of empire and, depending on what side of the fence you’re sitting on, you either feel joyous, emboldened and patriotic and immediately identify with all the sentiments of it.”