Paedophile caretaker finally jailed after previous judge was ‘too lenient’ 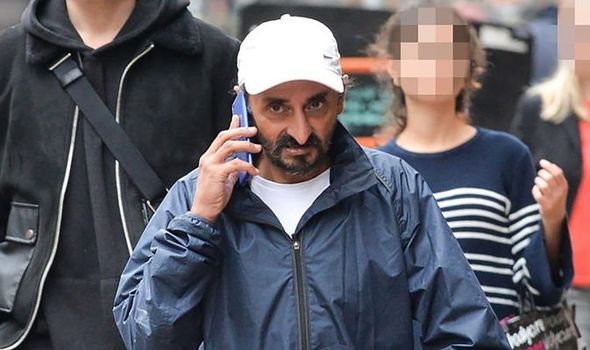 Jaswent Rai, 47, was handed a suspended sentence by a judge in August despite admitting making indecent images, distributing indecent images and possession of extreme pornography. However, the then Solicitor General complained the punishment was “unduly lenient” and Rai was back in court this week to face another sentencing hearing.

And this time a different judge at the Court of Appeal jailed Rai for two years.

The court heard the caretaker had shared “truly shocking and abhorrent” images of kids on Instagram and talked to paedophiles online.

The National Crime Agency led the investigation and, when Rai’s home in Stretford, Greater Manchester, was searched last year, more photos were found on the man’s phone and two laptops.

The children depicted in the images found on the phone were said to be aged between six and nine years old.

Rai even had asked a paedophile online: “Have you any kids sex videos?”

Recorder Ciaran Rankin admitted Rai “threw lives into disarray” but, as he had pleaded guilty to indecent images, distributing indecent images and possession of extreme pornography, passed a suspended sentence.

After the hearing at the Court of Appeal, the current Solicitor General, Alex Chalk, said: “The images held and shared online by Rai are truly shocking and abhorrent.

“I am pleased with the result of today’s hearing, and that the Court of Appeal agrees a custodial sentence meets the gravity of the crime.”

The original hearing at Manchester Crown Court was told Rai, who worked as a caretaker but not at a venue which involved children or young people, had nearly 1,000 illegal images, including 36 category A images, as well as 53 images of extreme pornography, on his electronic devices.

“It was unsophisticated; he used his own account in correspondence with another person to ask them: “Have you any kids sex videos?”, the lawyer said.

“The user sent him images which were not indecent images and he replied by sending them a category A image and said: ‘Any younger because I seen that one.’

Rai, of Stretford, was said to have eight previous convictions for 17 offences, none of which were of a sexual nature.

Anna Chestnutt, defending, told the court her client would be eligible for unpaid work as he has a manual job.

In addition to the suspended sentence, Rai was originally ordered to complete 10 days of rehabilitation activity requirements and 150 hours unpaid work.