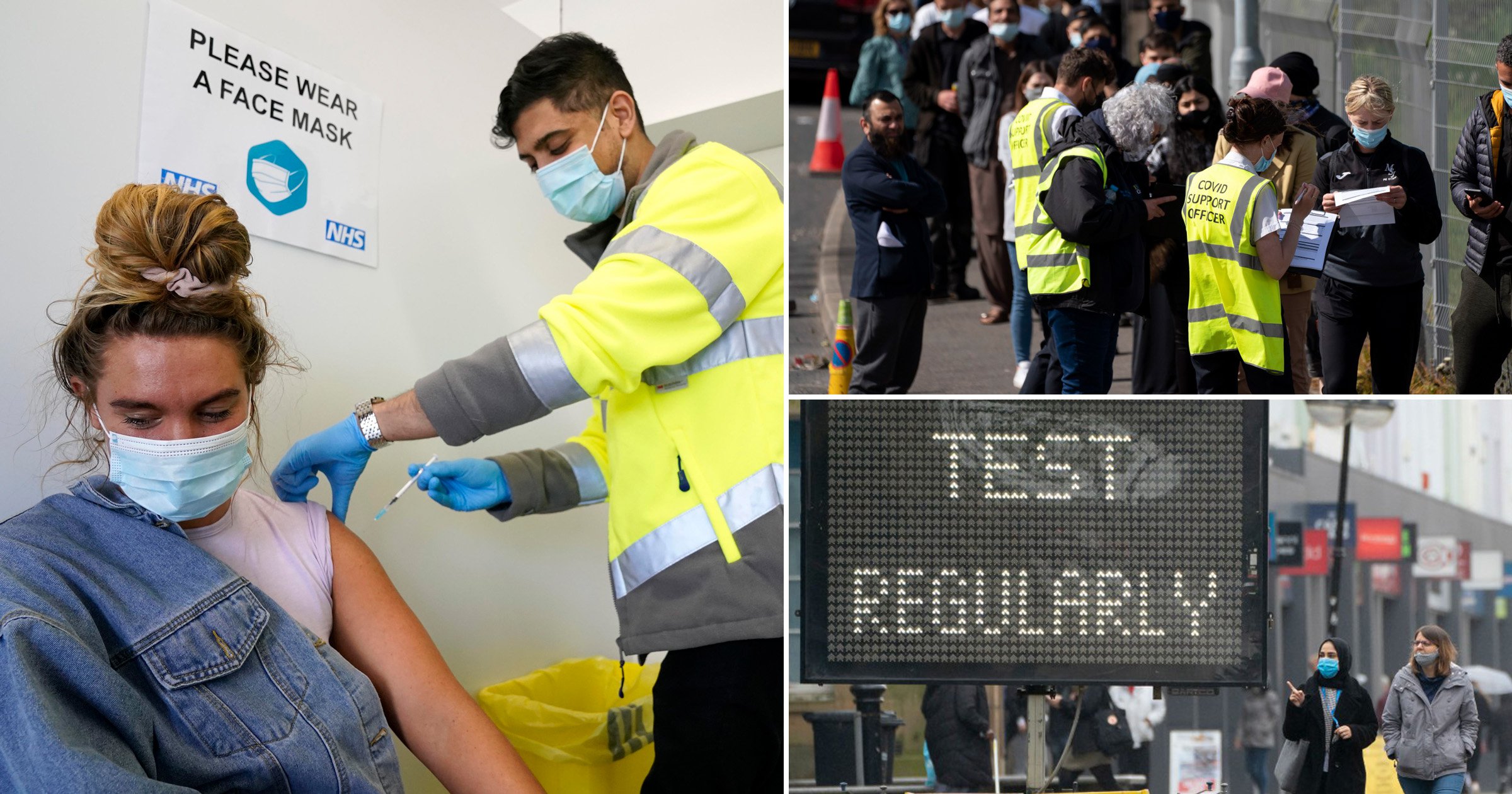 A new variant of coronavirus has been identified in Yorkshire, with 49 cases so far recorded.

The so-called ‘triple mutant’ has three potentially problematic changes which are being monitored – though people have been advised ‘please don’t be alarmed’.

Dr Kevin Smith, of Public Health England, said: ‘We have identified a cluster of cases, mostly in Yorkshire, that have a series of mutations which is unusual and we are keeping an eye on that.’

Greg Fell, director of public health in Sheffield, said there is no evidence to suggest this strain is more infectious than other variants, or that it can evade vaccines.

The variant is being referred to as VUI-21MAY-01 or AV.1, and has been seen mostly in the Yorkshire and Humber region.

It was added to the government’s list of variants ‘of concern or under investigation’ yesterday, having been monitored since April.

Mr Fell said in his statement: ‘We have been monitoring VUI-21MAY-01 and we’re managing this carefully as we do with all outbreaks across the city.

‘Please don’t be alarmed, we want you to continue doing what you have been for the past year. Follow the guidance, continue to wash your hands regularly and wear a mask indoors.’

Mr Fell said: ‘We work very closely with NHS Test and Trace and Public Health England on these matters to make sure all appropriate public health interventions are being carried out, including any additional contact tracing and targeted testing.

‘Where cases have been identified, additional follow-up of cases, testing of contacts and targeted case finding will be used to limit the spread of variants.’

He said: ‘If you have symptoms of Covid-19 you should seek to have a PCR test as soon as possible. If you are tested positive then you and your household must stay at home and not leave the house for any reason for 10 days.’

Mr Fell issued a statement as Downing Street also said the emergence of this new variant will continue to be monitored.

The Prime Minister’s official spokesman said: ‘There have been a number of variants throughout the pandemic and there will continue to be so.

‘There are three mutations of the B1617 (Indian) strain, as I think has been discussed previously, but as we do with all variants where we spot and identify them through our genomic sequencing programme, we will continue to monitor them and we will designate them as variants under investigation, and then variants of concern if we deem them to be of greater risk.

‘But again, as you’ve seen throughout the pandemic, that’s what we’ve done and we won’t hesitate to put in measures that we think are necessary to try and tackle the transmission of any variants.’

Asked whether the discovery of the new variant would have an impact on the next stage of restrictions lifting on June 21, the spokesman said the five-week gap between measures relaxing would allow the variant to be monitored.

He added: ‘As the Prime Minister has said, we will continue to look at all the statistical evidence and data, and we’ll set out our plans as soon as the data allows.’