BANGKOK (THE NATION/ASIA NEWS NETWORK) – Thailand on Saturday (May 22) reported 3,052 new cases and 24 deaths, according to its Centre for Covid-19 Situation Administration (CCSA).

Bangkok led the list again with 1,191 cases, followed by 437 in Phetchaburi and 99 in Nonthaburi. The fatalities included 13 in Bangkok, three in Samut Prakan and two in Chiang Mai among other provinces. The ages of the deceased were between 31 and 96.

On the brighter side, 2,900 patients have recovered and were discharged in the last 24 hours.

One of the better performers during earlier waves of the coronavirus, Thailand has been hit hard by a spike in infections in recent weeks. The country is now looking to ramp up its vaccination programme after new strains were identified in its community.

The Lak Si district office in Bangkok is aiming to vaccinate all locals in its administrative area, where several Covid-19 cases were found among workers at a construction camp run by construction firm Italian-Thai Development.

“The (B1617) strain is still responding to the vaccine, therefore the public should not panic over its discovery in Thailand,” he added.

Lak Si’s district office has drawn up a list of people to be inoculated based on their registered address, with the inoculation campaign slated to run from May 25-29 at the local Bangkhen Primary School.

Bangkok public transport operators, including drivers and conductors of taxis, tuk-tuks and motorbike taxiswill be vaccinated at Bang Sue Grand Station from May 24-31, the Bangkok Mass Transit Authority (BMTA) said on Thursday.

The move is part of efforts to vaccinate all frontline transport workers to boost confidence among commuters and contain the surge of infections in the capital, said BMTA director Surachai Iamwachirasakul. 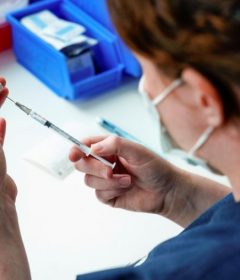 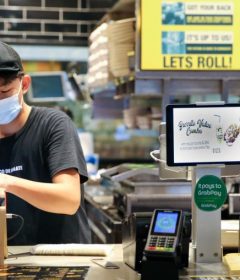