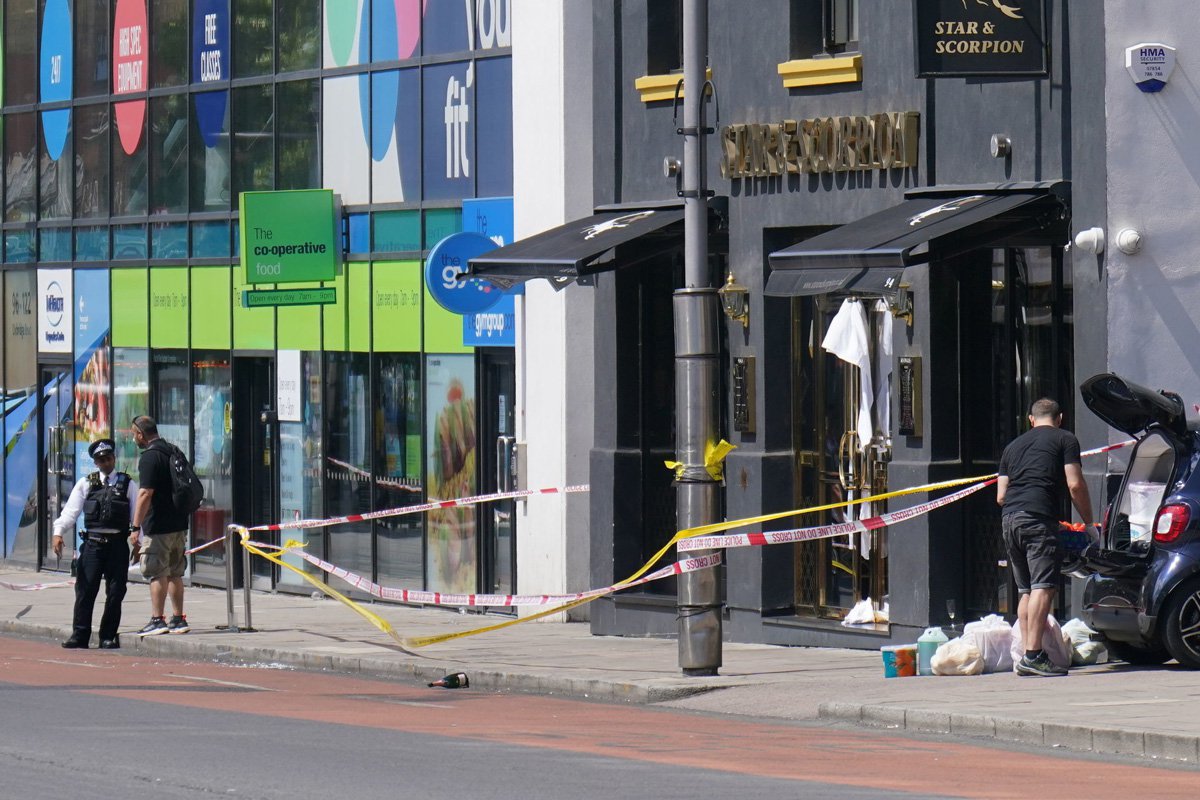 A suspect is being held after a man was stabbed to death in a London pub.

Police are questioning a 58-year-old man on suspicion of murder after an attack in Ealing.

The victim was found dead in the Star & Scorpion on Uxbridge Road, Ealing.

Officers were called out shortly before midnight on Saturday after receiving reports of violence.

A gravely injured male – also 58 – was found at the scene and nothing could be done to save him.

The high street boozer was transformed into a crime scene as detectives searched for clues after the incident.

Investigators confirmed a breakthrough in the case last night after an arrest was made.

A Met spokesperson said a suspect is now being detained in a West London police station.

Specially trained officers are supporting the victim’s family after the shocking attack.

A full post-mortem examination and formal identification is yet to take place.

People who were in the area and might have valuable information are being urged to get in touch with the Met of Crimestoppers.