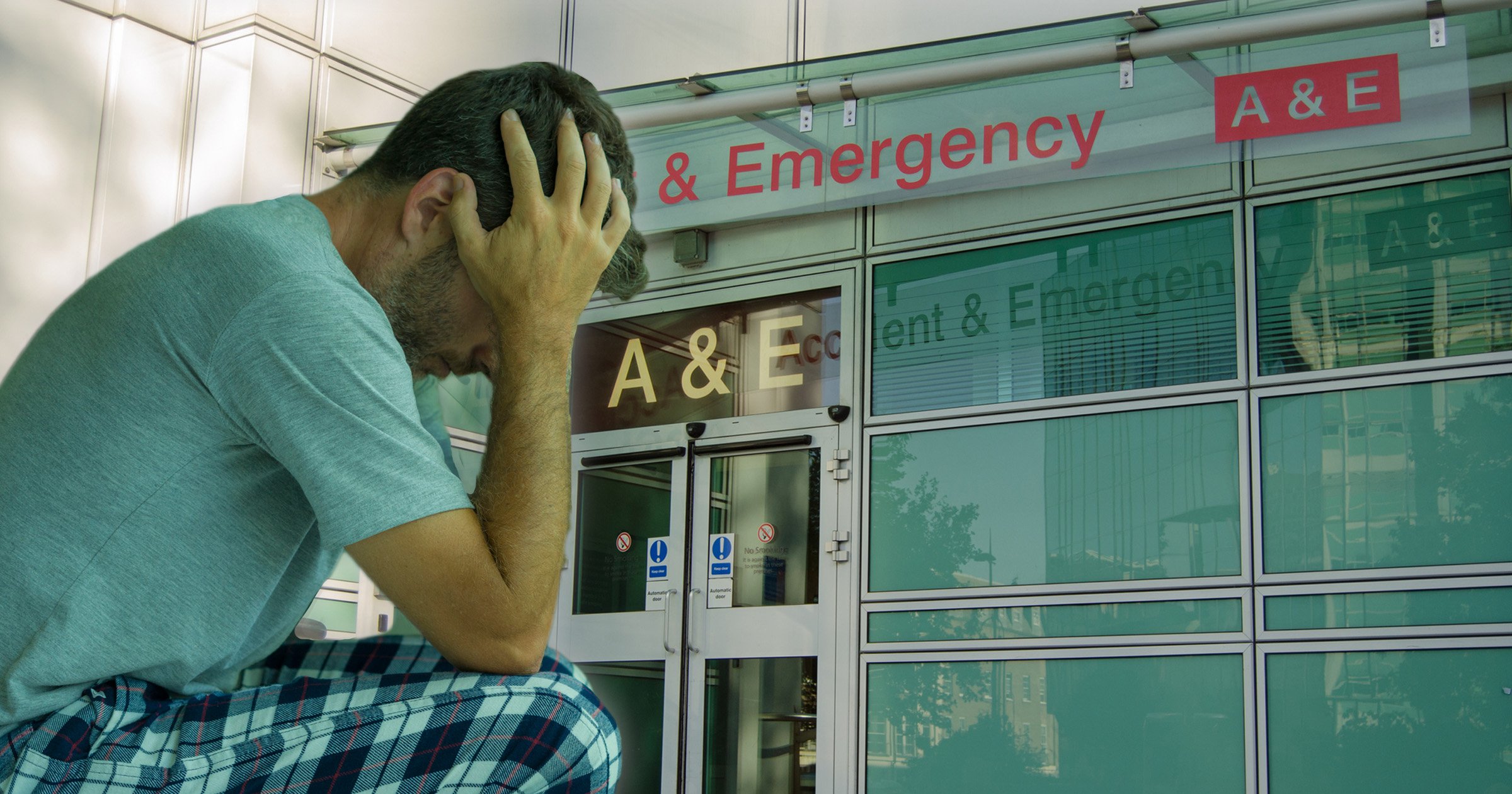 Every day, hundreds of people in England feel so depressed they need emergency help, new figures have revealed.

While these figures are disturbing, it is important to note they reflect the number of people whose reason for going was ‘feeling depressed’.

This is different from the number of people who receive an official diagnosis of depressive disorder.

Nevertheless, it is clear too many people are feeling mentally unwell, with ‘feeling depressed’ listed as the 28th most common reason for going to A&E.

You might not expect this, but emergency medics had to deal with more mental health patients than, for example, people with puncture wounds, back injuries, coughs and sore throats.

Leila Reyburn, from mental health charity Mind, said: ‘It is deeply concerning to see so many people feeling so mentally unwell that they need to go to A&E.

‘This is supported by data which shows an increasing number of people, including children, being treated by the NHS in a mental health crisis.’

Although this pattern was repeated all over England, Pennine Acute Hospitals, which covers several hospitals in the North West, had the highest number of patients coming to A&E for feeling depressed – 4,785.

Pennine was followed by University Hospitals Birmingham, which recorded 3,950, and Manchester University NHS Trust with 2,525.

Separately, there have also been a worrying number of A&E patients diagnosed with depressive disorder, different figures show.

Throughout the country, 83,500 people had ‘depressive disorder’ listed as either their first suspected or confirmed diagnosis – making it the 25th most common diagnosis.

But not all of these patients will have gone to A&E for feeling depressed, so the numbers do not necessarily correlate.

‘Many people have seen their mental health worsen during the pandemic,’ Ms Reyburn said.

This is why the Government spent an extra £500 million on trying to provide help for those struggling with their emotional wellbeing.

Ministers are currently working to increase the NHS mental health workforce by more than 27,000 by 2023-24.

They plan to do this with a so-called Mental Health Implementation Plan, which Ms Reyburn argues should do more to ‘fund mental health services’ to prevent people ending up in A&E.

The Department of Health and Social Care said: ‘It is vital that everyone can get the right support when they need it and we are delivering the fastest expansion in mental health services in NHS history, backed by an additional £2.3 billion a year by 2023-24.

‘This will benefit hundreds of thousands more people.’