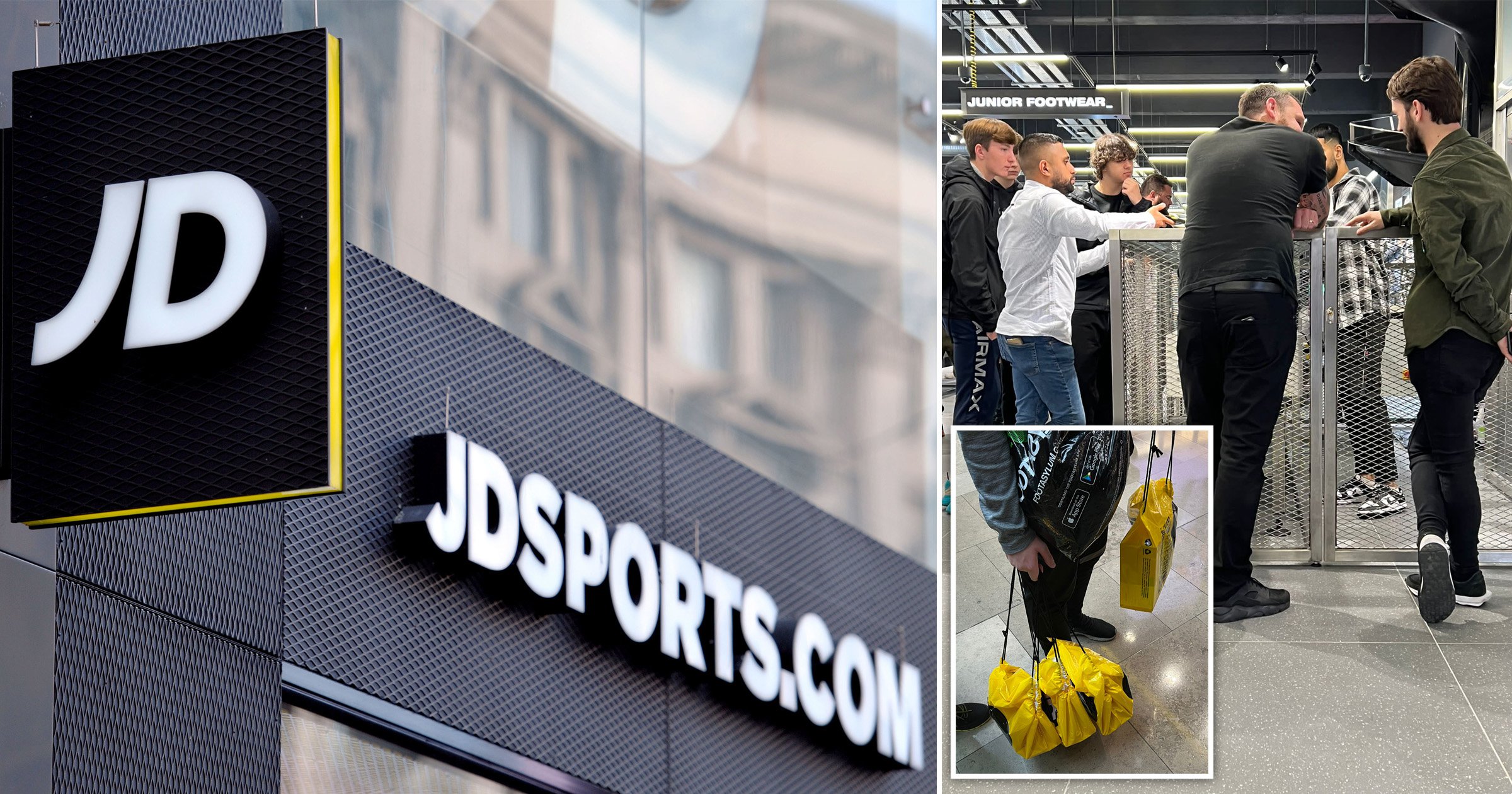 Black shoppers lining up to buy the most sought-after trainers at JD Sports say they were refused service after being racially stereotyped as ‘resellers’.

The sneaker giant unveiled its huge new store at Westfield Stratford City earlier this month, with hundreds of eager customers queueing up for hours before the grand opening in east London.

But some people claim they left empty-handed after staff allegedly turned them away over the colour of their skin – which JD Sports rejected as ‘entirely false’.

Romero, who wishes to keep his surname anonymous, saw adverts for the new Nike Dunks and travelled from Tottenham to buy a pair for £90.

However, he alleges he and other black shoppers who made up the majority of the crowd, were stereotyped as ‘resellers’ and turned away.

This is despite the store not operating a policy that states merchandise cannot be resold.

Romero, 33, told Metro.co.uk: ‘JD Sports advertised the trainers that everyone wanted, so I was really excited as retail is much cheaper, otherwise they are triple the price.

‘People were queuing but they removed the pair on display just before they let us in, so everyone was really confused.

‘Staff kept telling us that we are resellers. I was told “we are not selling them to resellers, you might as well go” and “you lot are ruining the experience”.

‘Who are “you lot?” The only people I was surrounded by were black people and I did not even know them, I came by myself.

‘They didn’t want to sell Dunks to black people under the guise we are all resellers.

‘It was terrible, it was absolutely disgusting. I am so embarrassed and they need to be held accountable for it. This cannot go on.’

Romero said he also approached one of the managers and asked for a blue and white pair, but they told him ‘it is funny you want the ones with the most resell value’ and ‘we are not selling them to you’.

Disappointed, he walked around the shopping centre and browsed other stores, before passing JD Sports several hours later, when he says he saw ‘a bunch of white kids’ with the trainers.

He said: ‘We had been asking all morning for these shoes, but all we got told is that we are resellers.

‘As soon as the large majority of us had left, they had started selling them. There was a lot of stereotyping going on.

‘I even asked the managers if there is a particular criteria I have to fit. They were just not selling to us.’

Romero took his frustration to social media where he shared photos of the managers who he claims refused him service and the ‘racism’ he experienced.

He says he received messages from people who also claimed to have been similarly treated by JD Sports staff.

Hamza Asania was one of the customers who contacted Romero with a similar story of being stereotyped as a reseller and refused service.

He also wanted to buy a pair of the popular Nike Dunks and arrived at Westfield at about 2am to ensure he was one of the first people to get in.

The 19-year-old from Hackney told Metro.co.uk that once he got in the store, staff were ‘rude’ to him and told him ‘we are not giving the shoes to you’.

He said: ‘The manager came up to us and was being very rude, saying “I don’t know why you wasted all your time, you’re not getting anything” and “the shoes you want, we are not selling them to you”.

‘When we asked him why, we were told “they are for customers” so I was really confused.

‘We were told “I own this store, I can do whatever I want.” They were being very rude for no reason.

‘A couple of my friends who are also black asked one of the managers if they have the Nike Dunks but he said “no you’re all resellers”.

‘He said “all you guys do is take shoes so that no one else can get them”.

‘In my experience, they stereotype black people, especially if they are wearing tracksuits.’

JD Sports confirmed they are aware of the allegations of discrimination at the Stratford store but said they are ‘entirely false’.

A spokesperson for the company said it is ‘absolutely committed’ to promoting policies which ensure colleagues and customers are treated equally regardless of ethnic or social origin, race, gender, sexual orientation, disability or age.

They added: ‘Working with our teams around the world JD seeks to play a full part in what is a united global approach to eradicate not just racism but all forms of discrimination from society.

‘JD is also absolutely committed to protecting the welfare of its hard working and dedicated colleagues and it must look to protect those colleagues when pictures of their families and details of their private addresses are published on social media.

‘These posts have been reported to both the police and the social media channels themselves.’