More countries could be added to green list on June 7 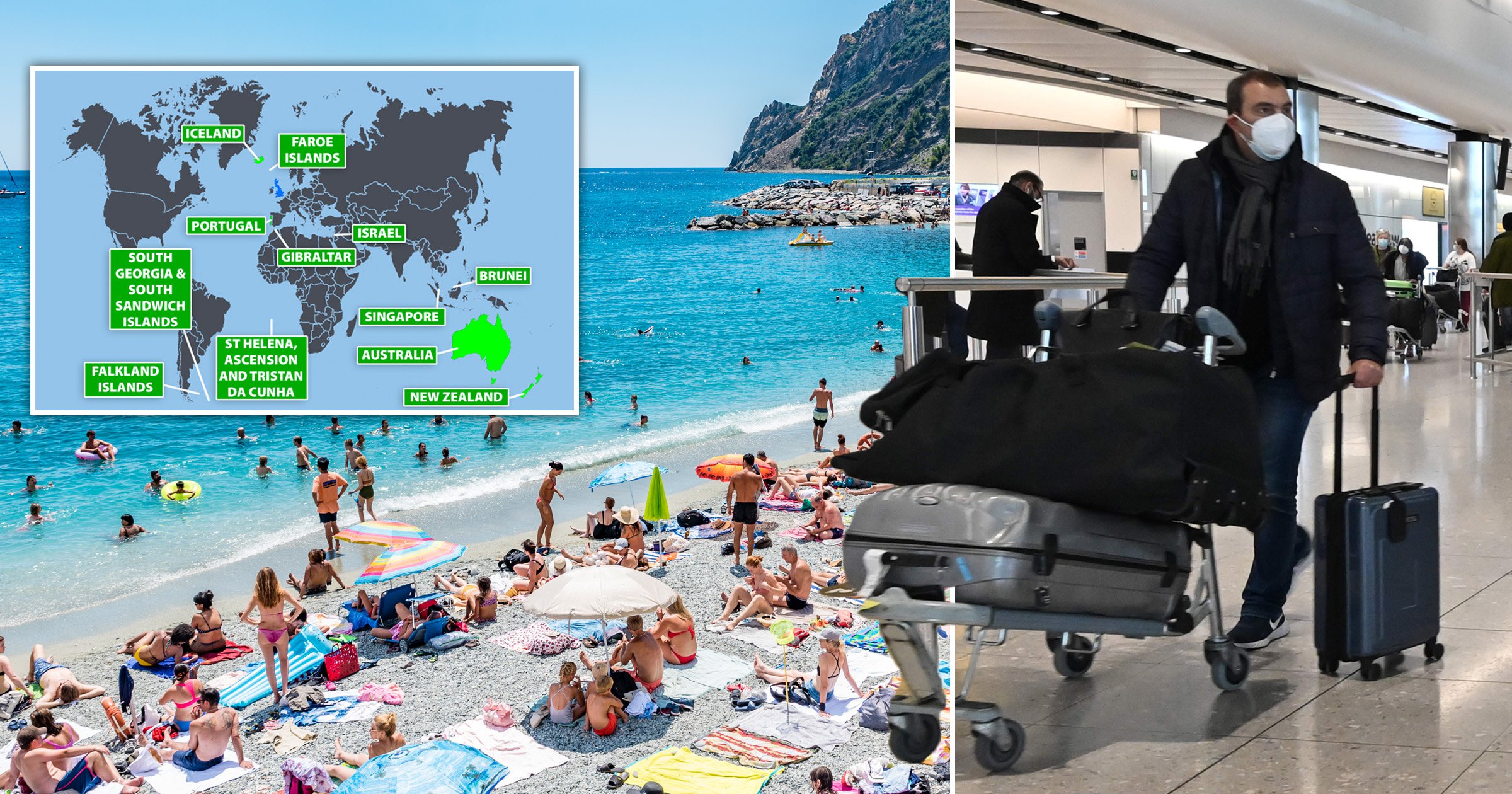 A Government minister has hinted that more holiday destinations could be added to England’s ‘green list’, in a boost for those hoping for summer getaways.

Education minister Gillian Keegan said people should know more about possible countries they can holiday in next month.

She suggested the green list of countries could change a week or two before the June 21 unlocking, meaning those eager for a trip abroad could know more on June 7.

Amid confusion around the rules on holidays, she urged people to be ‘sensible’ and not take summer trips to ‘amber list’ countries.

On Tuesday, another minister, environment secretary George Eustice, said people could travel to amber countries to visit friends and relatives – before being slapped down by Downing Street, who said there are only limited reasons for doing so and holidays are not included.

Meanwhile, the EU is set to relax rules for the arrival of vaccinated British tourists.

On Wednesday, Ms Keegan confirmed that travel to amber list destinations was supposed to be for ‘special circumstances’ such as business or funerals. 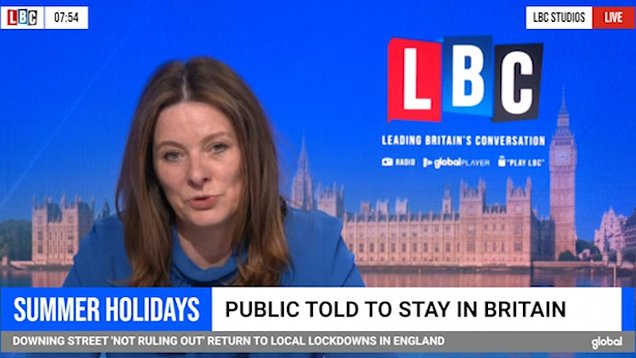 ‘What we are saying is the amber list is not to go on holiday, not for pleasure travel at the moment,’ she told Sky News.

‘It’s not in legislation, we haven’t legislated to ban people from going on holiday abroad. This is guidance.’

On when the traffic light system list could change, she added on LBC: ‘The next unlocking in terms of the next part of the roadmap is the 21st of June, so we’ll know probably a week or two before there will be some more insight.’

But the chances of a summer getaway do appear to be dwindling, with many popular European destinations not being on the green list – meaning returning arrivals must quarantine at home for 10 days and take two Covid tests.

Arrivals from red list countries must quarantine at their own expense in a hotel.

Noting that only 12 countries – including Portugal – are currently on the green list, Ms Keegan added: ‘Now is not the time to go to Spain.’

Meanwhile, the high-profile epidemiologist Professor Neil Ferguson told BBC Radio 4’s Today programme that restrictions on travel depended on what was trying to be achieved.

‘Clearly, if we want to stop any new variants coming in, then arguably the sort of strategies that Taiwan and New Zealand and Australia are adopting are what we need to implement here, but I’m not sure if the majority of the population would support that,’ he said.

‘I think we have a strategy at the moment of trying to reduce the risks, but not eliminate them.’

Amid widespread criticism of the UK policy, Professor Ferguson, an advisor to the Government, added: ‘I think one thing the import of this Indian variant has shown us – everybody coming back from India had to home quarantine, had to test – is an imperfect way, it basically didn’t work. 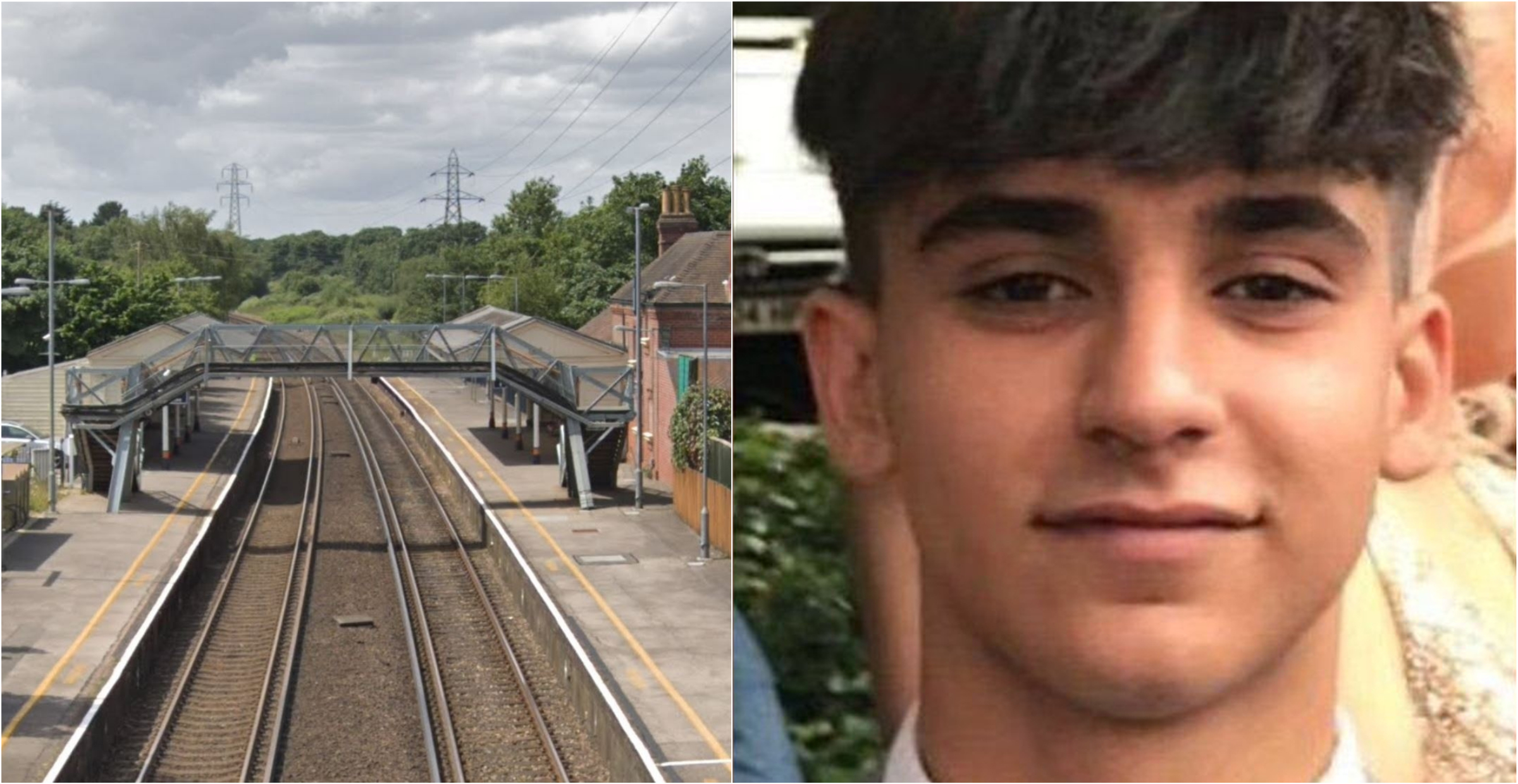 ‘It’s an imperfect way of stopping viruses coming into the general community, but it probably does have some effect.’

On Wednesday morning, Labour’s shadow health secretary labelled the country’s border ‘about as secure as a sieve’.

Jonathan Ashworth told Sky News: ‘Our borders have been about as secure as a sieve throughout this crisis and it’s why we are seeing these variants bounce at us.

‘There’s probably going to be more of this as well, so we have got to work internationally to bring infection rates down and make sure the world is vaccinated.

‘But we have also got to have secure borders and controls as well.’