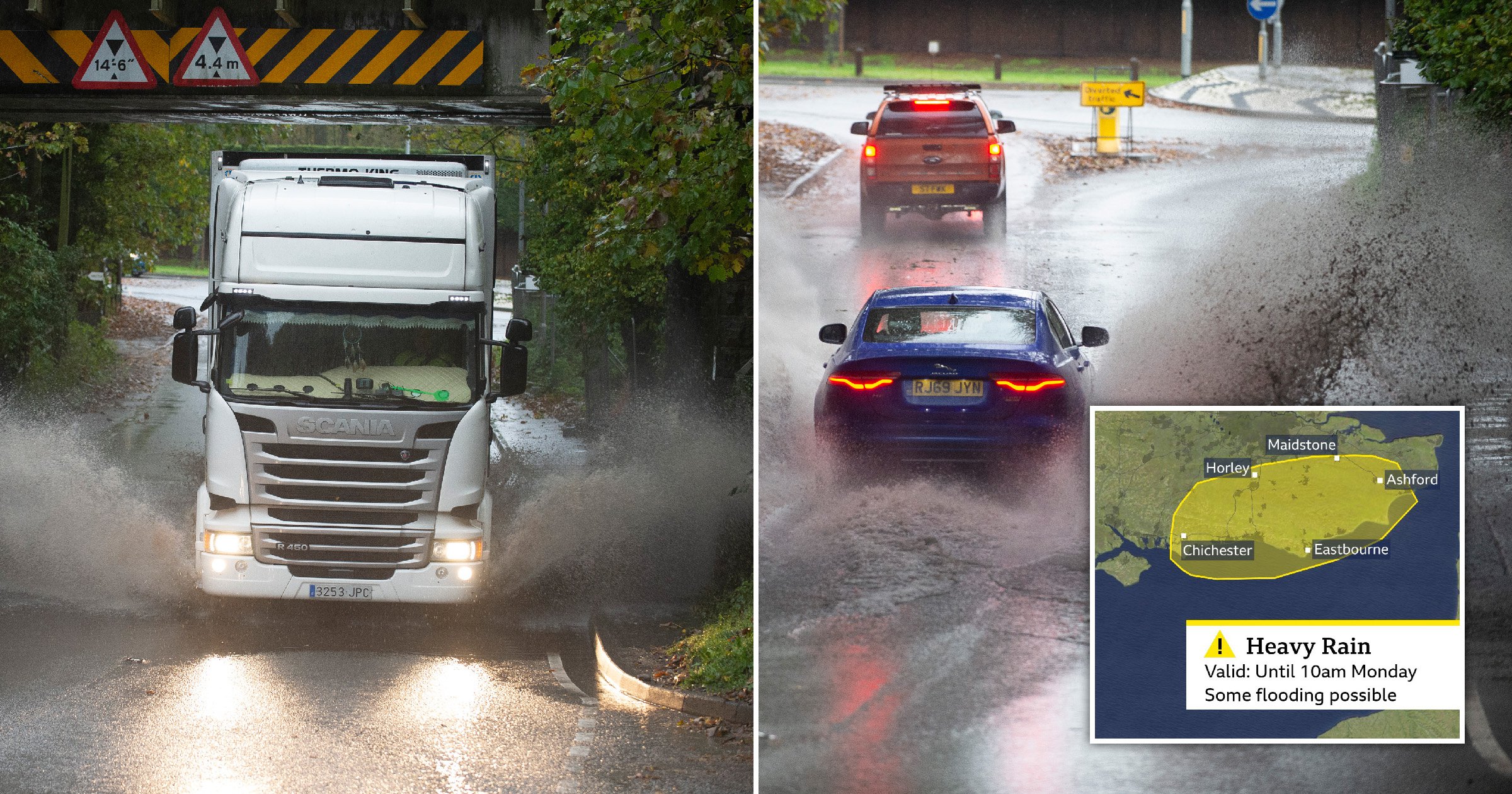 A new yellow weather alert has been issued for large parts of south-east England, after days of heavy rain.

Monday morning rush hour is set to be grim for drivers, with torrential rain making the roads treacherous.

A Met Office warning lasts from 11pm on Sunday until 10am on Monday, with people told to beware of homes and businesses being flooded and public transport disrupted.

An area stretching from Chichester in West Sussex to Canterbury in Kent is set to be affected by the wet weather.

Met Office forecaster Simon Partridge said: ‘We are expecting to see 15 to 25mm of rain but it’s basically mainly associated with some heavy showers.

‘So a lot of it is to cover the potential for some very tricky driving conditions tomorrow morning, being obviously Monday morning so one of the busiest.’

The Environment Agency has four flood warnings and 39 flood alerts in place, mainly across south-eastern parts of England.

Mr Partridge said the rain in the south east will ease off later tomorrow but showers are predicted across the UK for much of the coming week.

The fresh front of rain overnight comes after a yellow alert was put out by the Met Office to cover the South East earlier on Sunday.

Plumpton, near Lewes, East Sussex, received 39mm of rain in 24 hours – more than a third of the average monthly rainfall for the area, the forecaster said.

Parts of the North West will also see heavy rain tonight, it said. Showers will move north-east across northern areas on Monday and be heaviest over hills.

On Tuesday, areas across the UK will see downpours, which will ease on Wednesday, the weather agency added.

Rain will hit the North West again on Thursday, although there will be drier conditions further south east.

It comes after the capital already saw pounding rain today, with areas of London flooded, including Dagenham Heathway Tube Station which had to temporarily close.

The Mayor of Hackney, Philip Glanville, posted on Twitter that the council had targeted areas such as the A10 to reduce the impact of flooding from the heavy rains seen last night.