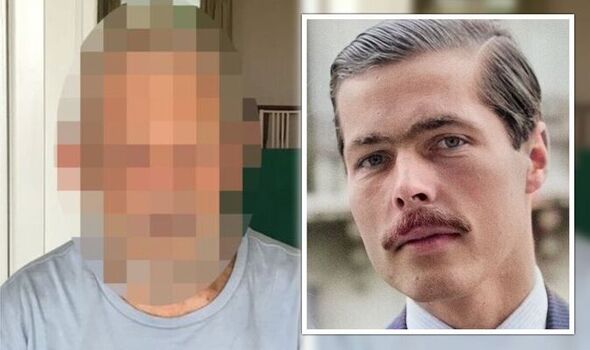 Experts believe they have found Lord Lucan nearly fifty years after his mysterious disappearance. Facial recognition experts have used artificial intelligence to cross-check images of the missing peer and a pensioner living in Australia.

Computer scientist Professor Hassan Ugail, who reportedly was previously able to identify the two Russians behind the Salisbury novichok poisonings, used an algorithm to run 4,000 comparisons of four images of Lord Lucan and three of the pensioner.

He told the Mirror: “They produced a match. This isn’t an opinion, it’s science and mathematical fact.”

It was on this day in 1974 that Lord Lucan mysteriously disappeared, following the murder of his children’s nanny, Sandra Rivett, and assault of his wife. He has never been seen since.

The images of the Australian mystery man were tracked down by Ms Rivett’s son, Neil Berriman.

He told the paper: “I’ve spent nine years trying to prove this man is Lucan. Now, with this new scientific information, the police must act. This isn’t emotion. It’s fact.”

If alive, Lord Lucan would now be aged 87, the same age as the old man who is said to be living in a small town just outside Brisbane.

Lord Lucan was evacuated during World War Two, before returning to Eton College. He later served in West Germany between 1953 and 1955.

He later became involved gambling, and it is believed his winnings were often outpaced by his losses.

Despite this, Lord Lucan left his job as a merchant banker and became a professional gambler. He was even considered for the role of James Bond in the movies.

On this evening nearly fifty years ago, Ms Rivett was bludgeoned to death in the kitchen of the family home in London’s Belgravia.

Lady Veronica Lucan was also attacked after looking for Ms Rivett, and later identified Lord Lucan as her assailant.

Lord Lucan then drove to a friend’s house in Uckfield – the last confirmed sighting before his disappearance.

There, he phoned his mother to ask her to collect his children. His car was later found abandoned in Newhaven, its interior covered with blood.

At an inquest in 1975, a jury determined that Lord Lucan had been responsible for Ms Rivett’s death. He was declared legally dead in 1999, with a death certificate eventually issued in 2016.

Professor Ugail’s analysis included micro-millimetre measurements of the spaces between facial features visible in the two sets of pictures.

The tests were then repeated by a US agency, which came to the same conclusion.

Professor Ugail said: “In recent years there has been a massive imp-rovement in artificial intelligence and facial recognition technology.

“We can now confirm things that would have been impossible just five years ago. We’ve compared thousands and thousands of people and there have been literally millions of photos that we’ve analysed using the algorithm.

“It has never been wrong. This algorithm has been trained on millions of photos.”

He said the algorithm comes back with a “similarity index” percentage of how likely the people in two different pictures are to be the same person.

The computer scientist added: “Even if you put two exact images of the same person, you are never going to get 100 percent similarity because of the way images are taken – pixels and everything else.

“Anything with a similarity index of 75 percent or higher is conclusively the same individual. The lowest score I got was around 76. I think the highest was 88.”