Democrat nominee Joe Biden and US President Donald Trump are battling it out for the top spot in the White House next month. Polls have put Mr Biden in the lead so far, but as Mr Trump has now tested negative for coronavirus, he is back on the campaign trail. Mr Biden has also claimed that, if he wins the election, he will prioritise Ireland over a post-Brexit Britain.

The Democrat is reportedly five-eighths Irish, and has often recognised his roots in his public speeches.

Yet, Micheal Martin, who became the rotating Taoiseach back in July, explained that he is intending to mark St Patrick’s Day in the White House — regardless of who becomes President.

Last month, he explained: “I think it is very important.

“All of that [meetings at the White House and Capitol Hill] creates a framework within which jobs can be created, which within Irish business can operate, in terms of exporting and importing. 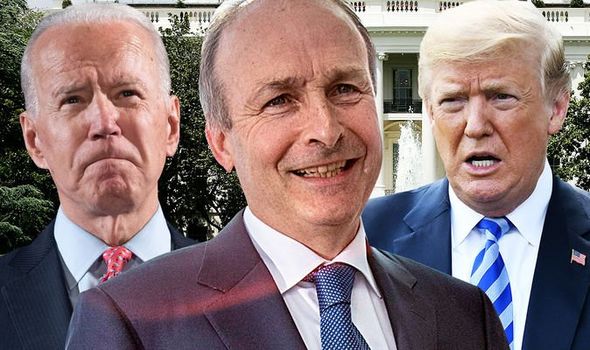 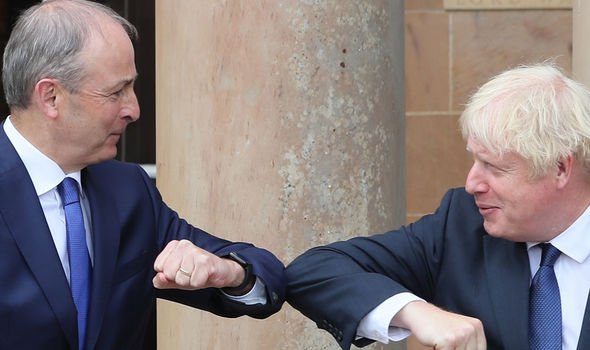 “The connection and the Patrick’s Day event is a significant one for Ireland, not the occupation of the office in terms of the Taoiseach.”

He explained: “It’s very, very important that we maintain that link, and that tradition and obviously it’s all very dependent on COVID, and everything else at the time next March.

“But we’re very keen as a government that key economic linkages are maintained.”

His predecessor Leo Varadkar did visit the US to mark the occasion earlier this year, but had to cut it short due to the pandemic. 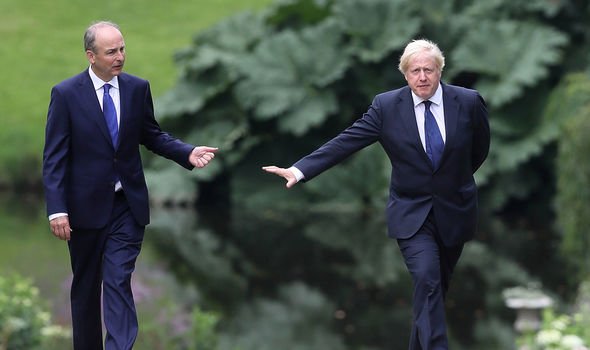 He ended up addressing the nationwide lockdown in Ireland while standing opposite the White House.

Mr Martin told TheJournal.ie that the Emerald Isle needs to maintain foreign investment and economic bonds with its overseas ally.

He continued: “Likewise, politically as well, irrespective of who the Taoiseach is, we do need to be out there connecting on behalf of Ireland.”

Interestingly, he appeared to dismiss the suggestion that the US president could visit Ireland instead and said: “That’s a new one.” 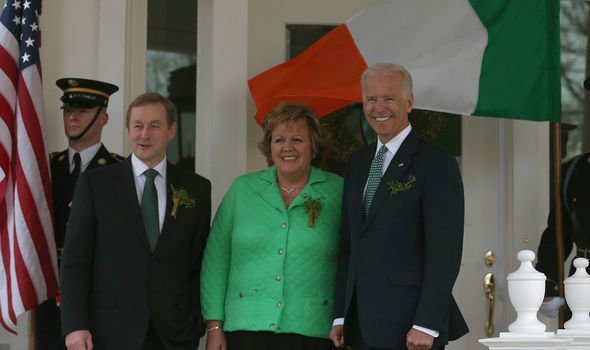 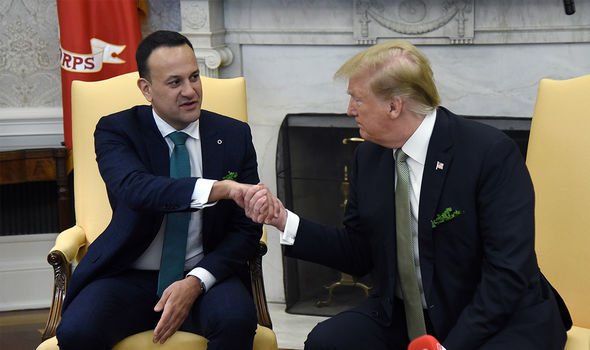 He also noted that the relationship between Ireland and the US was particularly important with Brexit looming.

He wrote: “We can’t allow the Good Friday Agreement that brought peace to Northern Ireland to become a casualty of Brexit.”

He, like Speaker of the House Nancy Pelosi, said any trade deal between the UK and the US after Brexit hinges on the absence of a border between Northern Ireland and Ireland.

His words stand in stark contrast to Mr Trump’s claims that Britain would be able to have a “far bigger and more lucrative” trade deal with the US “than any deal that could be made with the EU”, which he tweeted in response to Mr Johnson’s election win last December.

Mr Martin added that Mr Biden had “initiated the first Patrick’s Day breakfast… that tradition, which Mike Pence is continuing”.

The Taoiseach also noted that Mr Trump had not been in contact since he became Ireland’s leader, but said it was no matter.

Mr Martin did not make any comments which endorsed either party’s candidate.