London evacuation: The Shard EVACUATED as firefighters rush to scene 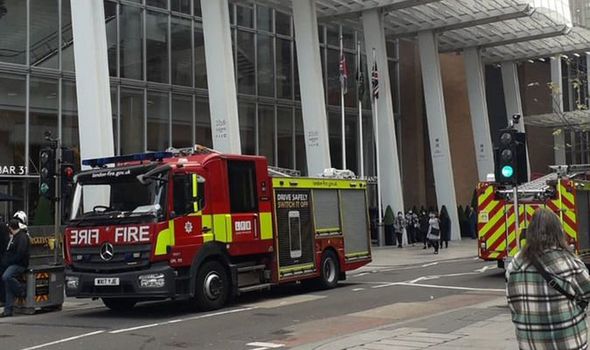 Around 120 people have been evacuated from the tourist hotspot at London Bridge amid reports of a “smell of burning”. Six fire engines and about 40 firefighters have rushed to the scene of the UK’s tallest building.

London Fire Brigade tweeted: “Six fire engines and around 40 firefighters have been called to reports of a fire on London Bridge Street in #LondonBridge More information to follow.

“Firefighters are investigating reports of a smell of burning at The #Shard in #LondonBridge.

“Around 120 people have been evacuated from the building as a precaution.”