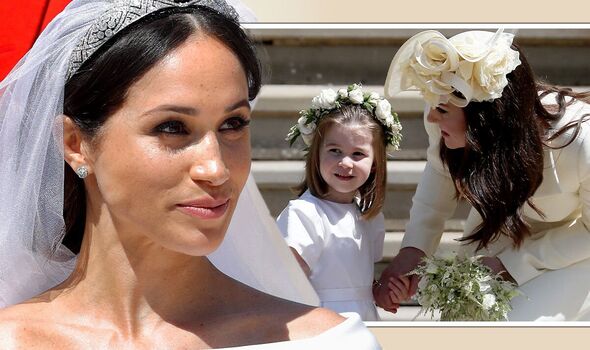 The tailor at Meghan’s bridesmaid’s dress fitting – which became the subject of intense drama between the Duchess and Kate, Princess of Wales – has admitted that he was “not surprised” the event ended in tears.

After staying silent for four years, luxury suit and dressmaker Ajay Mirpuri said that while he did not witness the argument itself, he offered a startling glimpse into what caused the now notorious row between Kate and Meghan that all started when Princess Charlotte, who was a bridesmaid, burst into tears.

He told the Daily Mail that he and three staff had to work round the clock at Kensington Palace and Windsor Castle for four days before Prince Harry and Meghan’s 2018 wedding, after it was discovered that none of the six bridesmaid’s dresses fitted.

Initial reports of an argument between the Princess of Wales and the Duchess of Sussex suggested that Kate had been left in tears by the altercation – but Meghan later disputed this in her 2021 interview with Oprah Winfrey, saying it was her who had been left upset.

Prince Harry also wrote in his newly-released memoir, Spare, that his wife was left “on the floor sobbing” after the argument.

Mr Mirpuri, 45, who has a showroom in London’s West End, said he could understand “why anybody would be upset” at the disruption to plans.

He explained: “If anything happened in the background, it didn’t happen in front of me.

“But yes, weddings are stressful at the best of times – and especially one at this high level; you’ve got to respect that. They were faced with a problem like anyone gets at a wedding, with last minute hitches.

“I can understand why anybody would be upset if the dresses weren’t fitting – it’s nerve-wracking. I feel for them all, because you wouldn’t want the children to go out on a big stage in an ill-fitting dress – and that’s what they were.

“All six bridesmaids’ dresses had to be fixed, and we did it. I’m a royalist and I wanted to do whatever I could with my small business to serve the Royal Family.”

He added that he was disappointed that coverage had focused on the alleged row between Kate and Meghan, and not “the fact that they [the bridesmaids] looked fabulous.”

Follow our social media accounts here on facebook.com/DailyExpress and @Daily_Express