Millionaire financier Ben Goldsmith has claimed Meghan Markle is “disliked” because she is “a manipulative bully” and not because the UK is racist. Mr Goldsmith made the extraordinary claim in a string of tweets as he responded to a Twitter user who suggeted the Duchess of Sussex was the victim of racism.

The financier argued Meghan, 41, was initially “adored” in the UK as crowds “thronged the streets” to celebrate her Royal Wedding to Prince Harry.

But, he said, she is now “disliked” because she has been found out to be “manipulative bully”.

He said: “We are far from perfect, but poll after poll shows British people to be among the most welcoming and the least racist anywhere. 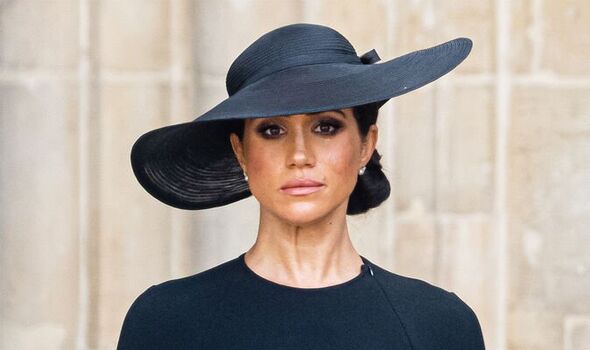 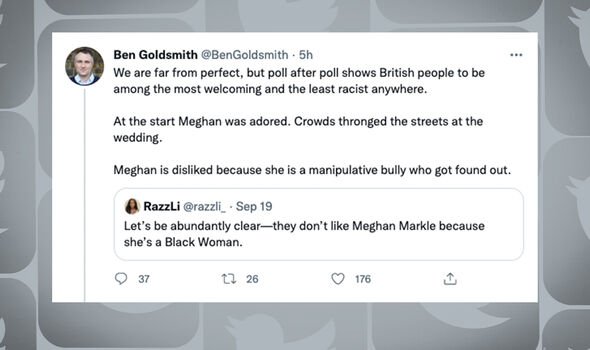 “At the start Meghan was adored. Crowds thronged the streets at the wedding.

“Meghan is disliked because she is a manipulative bully who got found out.

“Let’s be abundantly clear – they don’t like Meghan Markle because she’s a Black Woman.” 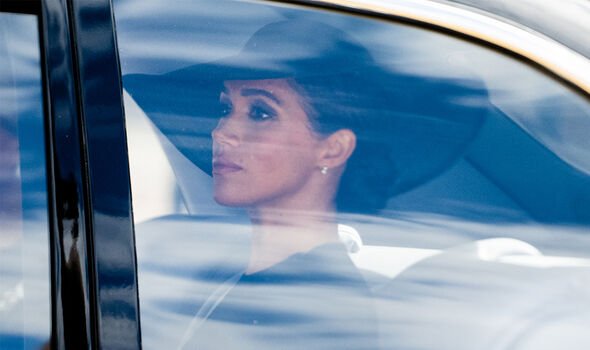 He was responding to a Twitter user who wrote: “Let’s be abdundantly clear—they don’t like Meghan Markle because she’s a Black Woman.”

Mr Goldsmith also posted a number of allegations against Meghan, which have since been deleted.

He also tweeted: “Meghan has come to personify the arrival of America’s deranged culture wars in Britain.”

Buckingham Palace launched an investigation last March after the Times newspaper reported bullying allegations had been made against Prince Harry’s wife, including claims she had reduced some of her assistants to tears and treated others so badly that they had quit.

The couple issued a statement in response denying she had bullied anyone, and in an explosive interview with Oprah Winfrey shortly afterwards, she accused the palace of “perpetuating falsehoods”.

The palace later announced its decision to keep details about the review into claims of bullying secret, saying lessons had been learned.

Meghan has spent the last few weeks in the UK to support her husband Prince Harry as they mourn the loss of his beloved grandmother, the Queen.