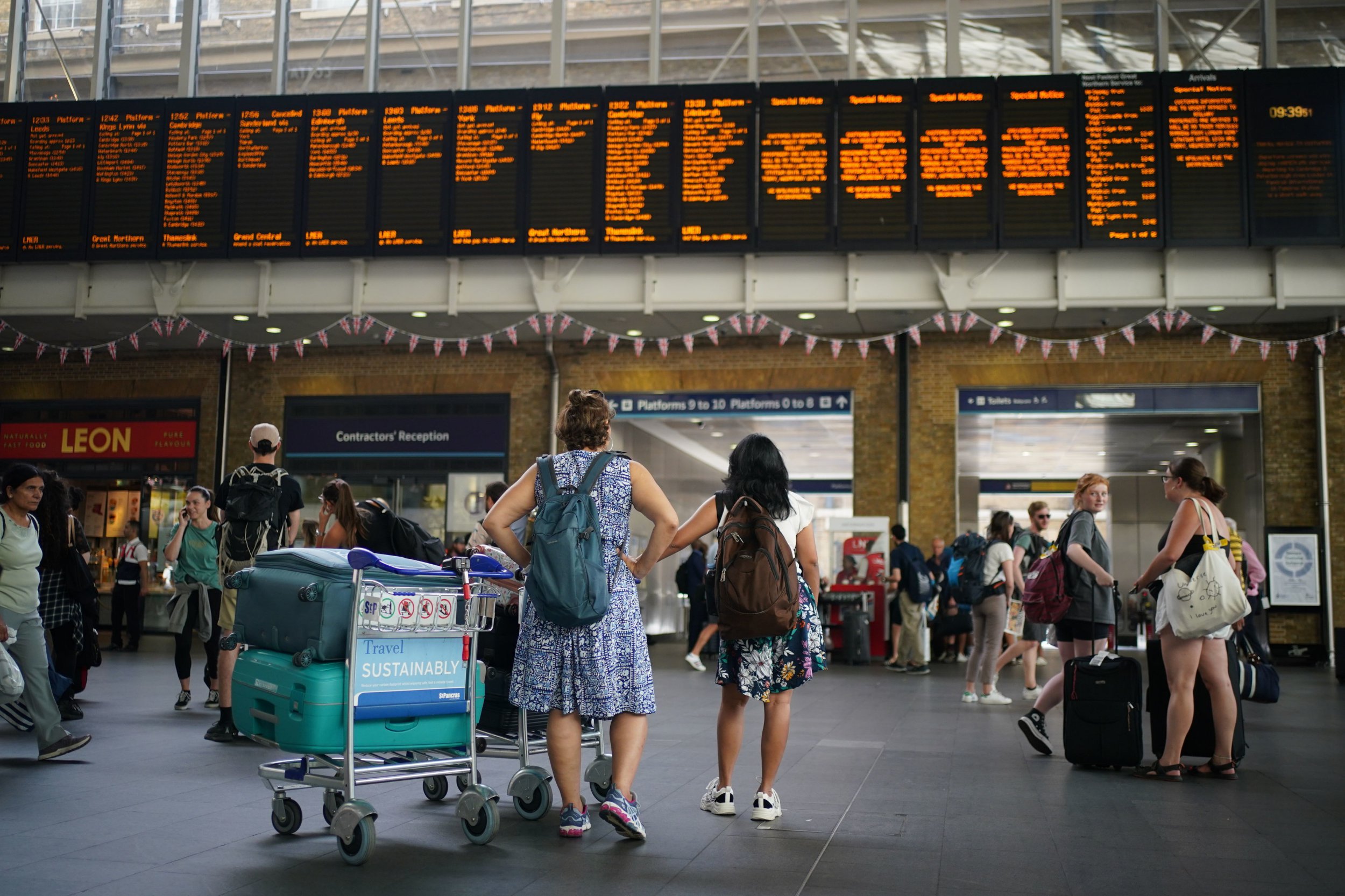 Train strikes, airport queues and the post-pandemic fallout led to the ‘Summer of Discontent’ for travel this year.

Delays across the transport network led to holiday woes for many a Brit.

And it wasn’t just international travel that took the hit, but also domestic trips within the country.

Train reliability in Britain reached the worst level on record after another month of disruption, it was revealed today.

The industry’s cancellations score during a 12 month period until August 20 hit 3.7%, according to Office of Rail and Road data.

It marked the poorest reliability score since records began in 2015.

Strikes in disputes over jobs, pay and conditions have caused a surge of cancellations in recent months.

Problems with overhead power cables on the route had led to cancellations from Paddington – with people flocking to Waterloo for connecting services.

Many people were stranded in Reading late into Monday after discovering upon arrival that their trains further west were cancelled or delayed.

In the data unveiled today, cancellations scores reflected the percentage of services that were either fully or part-cancelled – with each ‘part-cancellation’ counted as half a full cancellation.

The score for all services in the latest available data, from July 24 to August 20, stood at 4.9%. The worst individual operator between those dates was Avanti West Coast, with its highest ever score of 14.9%.

Other operators which also had their poorest reliability for a four-week period include London North Eastern Railway (11.0%), East Midlands Railway (5.5%) and Grand Central (12.0%).

Making rail travel more sustainable, for staff and passengers, could be the key goal to bring down cancellations, campaigners have suggested.

But the Rail Delivery Group put the blame at the feet of unions.

A spokesperson from the group said: ‘We know that reliability and punctuality are the most important areas for improvement for our passengers and apologise to all those who have experienced disruption to their travel plans.

‘We need to end the unnecessary and damaging strikes called by the leaders of the transport unions which disrupt passengers’ plans, undermine struggling businesses and upend the industry’s recovery.

‘They are opposing the very reforms that will improve reliability and punctuality and therefore help build a sustainable railway.’

Drivers’ union Alsef confirmed on Tuesday that its members at 12 companies will stage fresh strikes on October 1 and 5, affecting travel for delegates and visitors to the Conservative party conference in Birmingham.

The union said it is in for the ‘long haul’ as the rail disputes remain deadlocked.

There have been calls for the operation of Avanti West Coast’s services to be taken into public ownership after the company slashed its timetable to reduce short-notice cancellations.

A spokesman for the operator said: ‘We know we’re not delivering the service our customers rightly expect and we apologise for the enormous frustration and inconvenience.

‘We remain committed to delivering the best possible service for our customers and the communities we serve.

‘A shortage of staff, particularly drivers, who were willing to volunteer for overtime led to a marked increase in the number of short-notice cancellations, which we know are highly disruptive for customers.

‘As a result, we reduced our timetable to ensure a more reliable service. This was not a decision we took lightly and we are now in the process of rebuilding the timetable in a sustainable and robust way without the reliance on overtime.’