Meghan Markle and Prince Harry have remained a topic of interest across the world despite stepping back from their royal roles to become private citizens in 2020. The Duke and Duchess of Sussex have attempted to secure a separate position for themselves by striking a series of deals with media giants like Spotify and Netflix, and by speaking in support of causes dear to them. Royal commentator Jonathan Sacerdoti suggested the couple might be seeking to get as much attention, and earnings, whilst competition from the next generation of Royal Family members is low.

Speaking to Royally Us, Mr Sacerdoti said: “They know their time is possibly limited.

“There’s an interesting thing Prince Harry said ages ago that he kind of knew that he had a certain amount of time in the limelight, his 15 minutes.

“And he knows that because he once was the spare to the heir. And now he’s talking about the new heir, that is to say, William’s children, William’s son, who will become of interest and there’ll be a new Prince Harry.” 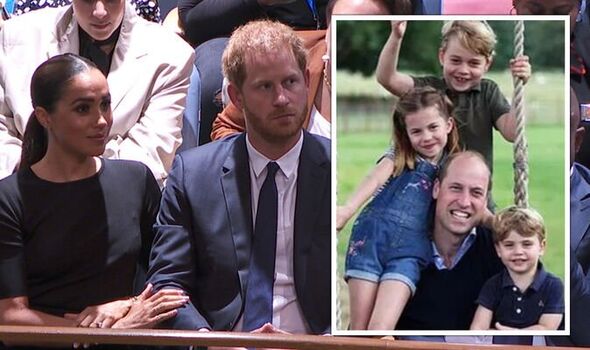 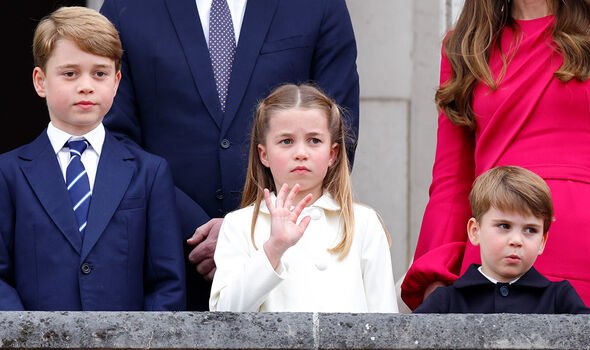 He added: “There’ll somebody else who may be as rudderless, directionless because of their position in the succession is such that they’re limited to what they can do in life but they don’t have an obvious constitutional role going forward and in the Royal Family so maybe they’ll go off the rails.”

Prince George, Princess Charlotte, and Prince Louis made their institutional debut in June to mark the Queen’s 70th year on the throne.

The children of Prince William and Kate, the Duchess of Cambridge stole the attention as they appeared at a series of events to help their parents celebrate Her Majesty’s unprecedented accomplishment.

The Duke and Duchess of Sussex also took part in the celebrations but their public appearance was reduced to the service of thanksgiving held at St Paul’s Cathedral on June 3.

Reports later suggested the couple was treated to a private meeting with the Queen on June 4 to introduce their daughter, and the Queen’s namesake, Lilibet to her great-grandmother.

But they did not attend any of the other major events organised to mark the milestone and travelled back to California as the Royal Family put an end to the Jubilee weekend.

Prince Harry and Meghan Markle claimed the spotlight once again this week after the publication of a controversial book by royal author Tom Bower detailing their struggling relationship with the Royal Family.

Mr Bower claimed the interviews he conducted for the book painted the Duchess of Sussex as an “ambitious and ruthless” figure set on securing her success.

He however questioned Prince Harry’s role in the couple’s departure from the Royal Family and his decision to agree to the bombshell Oprah Winfrey interview last year.

The royal author branded the Duke of Sussex’s conduct towards his family as “appalling” as he slammed his “disloyalty.”

During their interview with Ms Winfrey, the pair accused the Royal Family and Palace aides of failing to support them as they struggled with their mental health.

And Prince Harry deepened the rift with his brother Prince William after claiming a member of the family had questioned the colour of his son Archie’s skin before his birth.

The Duke did not name the alleged culprit but Oprah Winfrey later clarified Harry had said neither the Queen nor Prince Philip had asked the question.