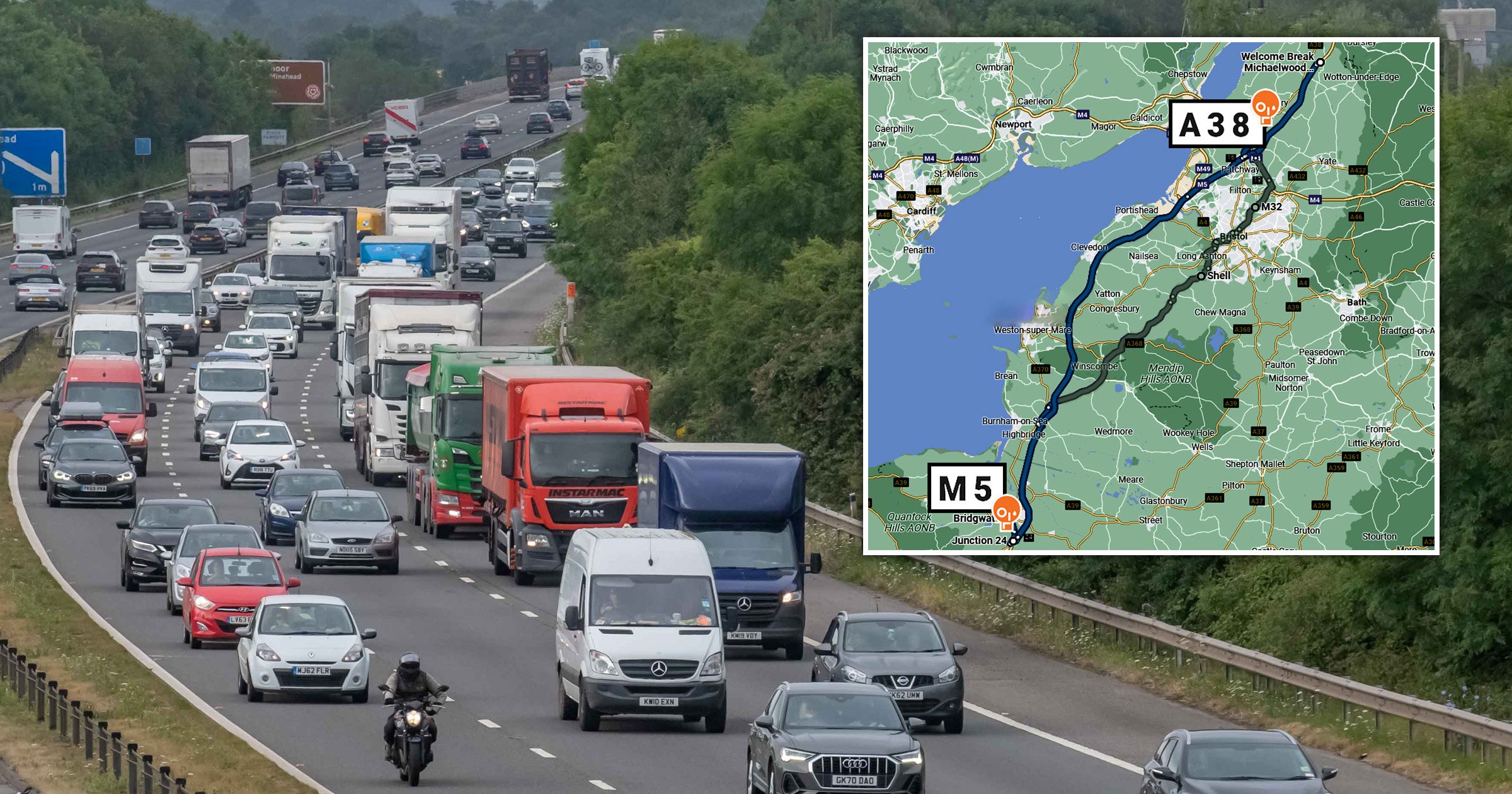 A slow-moving convoy caused nightmare delays on the M5 today in a protest over the staggering cost of fuel.

Just as the school summer holidays get underway, the group of 10 vehicles hit the road this morning from Bridgwater and headed north.

Driving as slowly as possible, they caused tailbacks of 25 miles, from Burnham-on-Sea to Portishead, wasting plenty of their own and other people’s petrol.

Eventually they left at Junction 18 at Avonmouth, Bristol, leaving plenty of residual delays in their wake.

The convoy then rejoined the motorway and headed southbound towards Junction 25 at Taunton.

While all of this was going on, a second group of protesters were blocking the forecourt of a Shell garage in Bridgwater.

Fuel Price Stand Against Tax, a Facebook group with 53,000 members, shared a post declaring that activists will assemble ‘nationwide’ in protest over rising fuel costs.

It comes as analysis by the RAC shows fewer than 4% of garages are charging below 180p a litre for petrol.

Four out of five of those sites are independent – while the rest are owned by supermarkets or fuel companies.

The average price at which garages buy petrol has fallen by 17p a litre since the start of June, but data shows prices at the bump has dropped by a ‘paltry 4p’.

Currently the RAC believes motorists ought to be paying 174p a litre of petrol and 189p for diesel.

According to Experian, the average price for a litre of petrol as of Wednesday was 187.5p, compared to 196.1p for diesel.

Drivers in the surrounding Bristol area weren’t the only ones to face hellish delays on the roads today.

This morning a ‘critical incident’ was declared at the Port of Dover which has been blamed on ‘woefully inadequate’ French border control.

Passport checks are performed on the English side of the Channel, and the hold-up has been causing queues of six hours or longer.

Due to the ‘new world of post-Brexit and Covid checks’ port authorities said they had taken extra measures to prepare for the start of the school holidays.