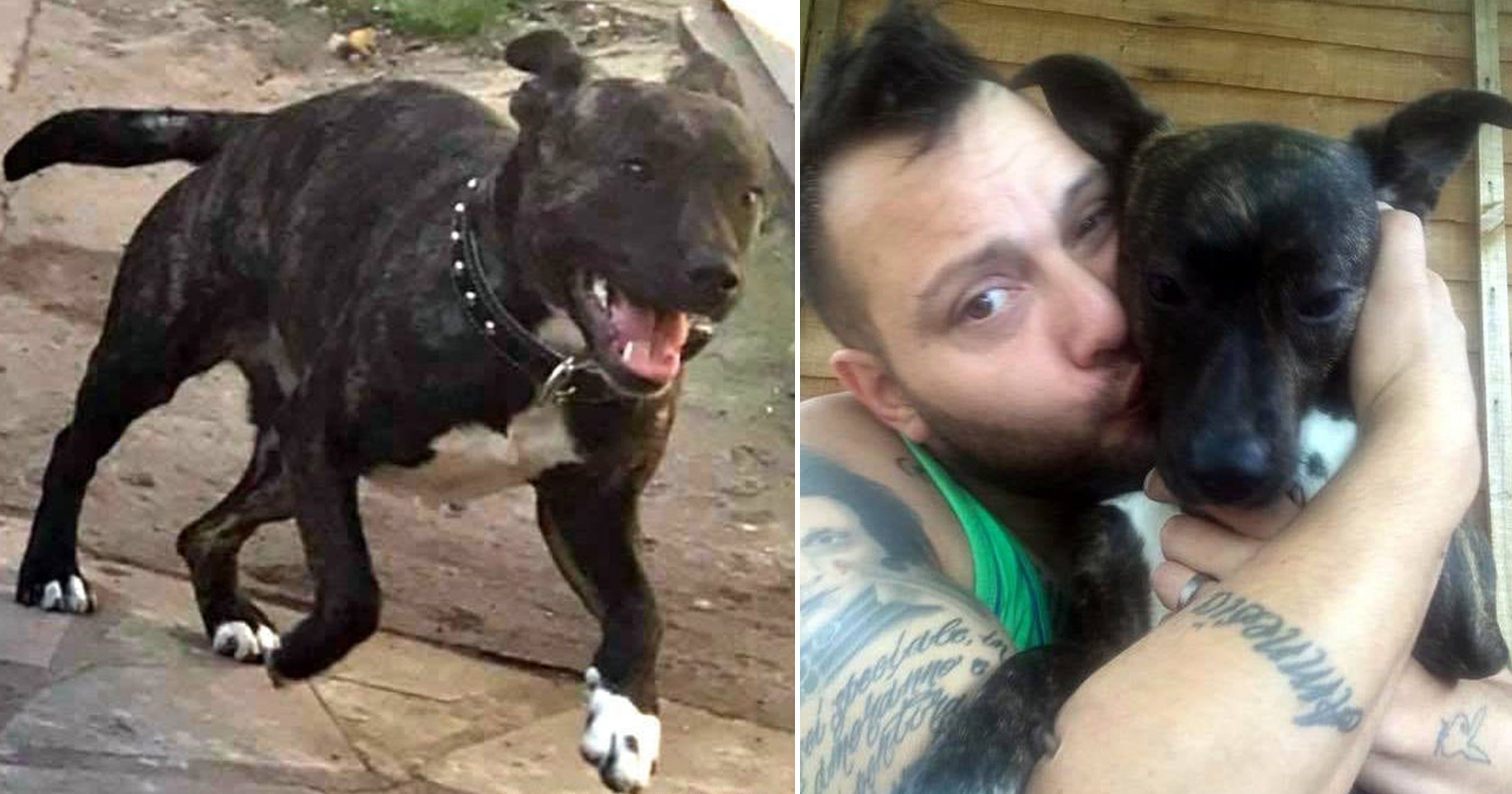 A missing dog is at the centre of a court battle after it was rehomed while her owner was desperately trying to find her.

Walter Bocchetti’s Staffordshire bull terrier Nennella jumped over a wall while he went for a job interview last autumn.

He spent 22 days looking for her, before learning she had been found by a Haringey Council warden and rehomed via the charity All Dogs Matter.

The chef was particularly attached to the terrier, which he describes as being ‘his world’ because she helped comfort him after the death of his brother.

Central London County Court heard that Nennella – named after the Italian word for sweet – vanished from Enfield on September 21 and was found on a train platform in Tottenham later the same day.

The four-year-old Staffie had no collar or identity chip and the council assumed she was a stray.

She was fostered for a short time before the charity found a new permanent home for her on October 12.

Mr Bocchetti, 39, insists Nennella is his legal property and claims the local authority jumped the gun and transferred her before the ‘seven clear days’ they ought to have held on to her had passed.

Cathryn McGahey QC asked Judge Marc Dight for a court order requiring All Dogs Matters to disclose the name and address of the dog’s new keepers so he can sue them for her return.

The court heard the owners have been ‘on notice that Mr Bocchetti was seeking to recover his dog’ since October or November.

Ms McGahey said they declined to reunite Mr Bocchetti with Nennella when asked to.

She added: ‘We accept that they took her on with no idea this was coming down the line.’

The trustees of All Dogs Matter said his proposed case against Nennella’s current keepers would be ‘unarguable or extremely weak’.

They said that if Nennella had been wearing her chip and collar, the row could have been avoided.

Judge Dight ruled that Mr Bocchetti should be given the identity of the dog’s new owners, saying it was ‘fair and just’ to make the order.

But he directed that their identity must not be disclosed in any future court case, due to concerns about a hostile social media response.

All Dogs Trust general manager Ira Moss told the Mirror: ‘The details of Nennella’s new owner have not been given to Mr Bochetti, only to his legal team as the judge was very concerned about the threats made by individuals online towards our charity staff and Nennella’s new owner.

‘Nennella is really happy and settled in new home, where she has been for 10 months, after being adopted and her loving new owners would be heartbroken to now lose her.

‘It’s a regrettable situation for everyone involved and we sympathize with all parties.’