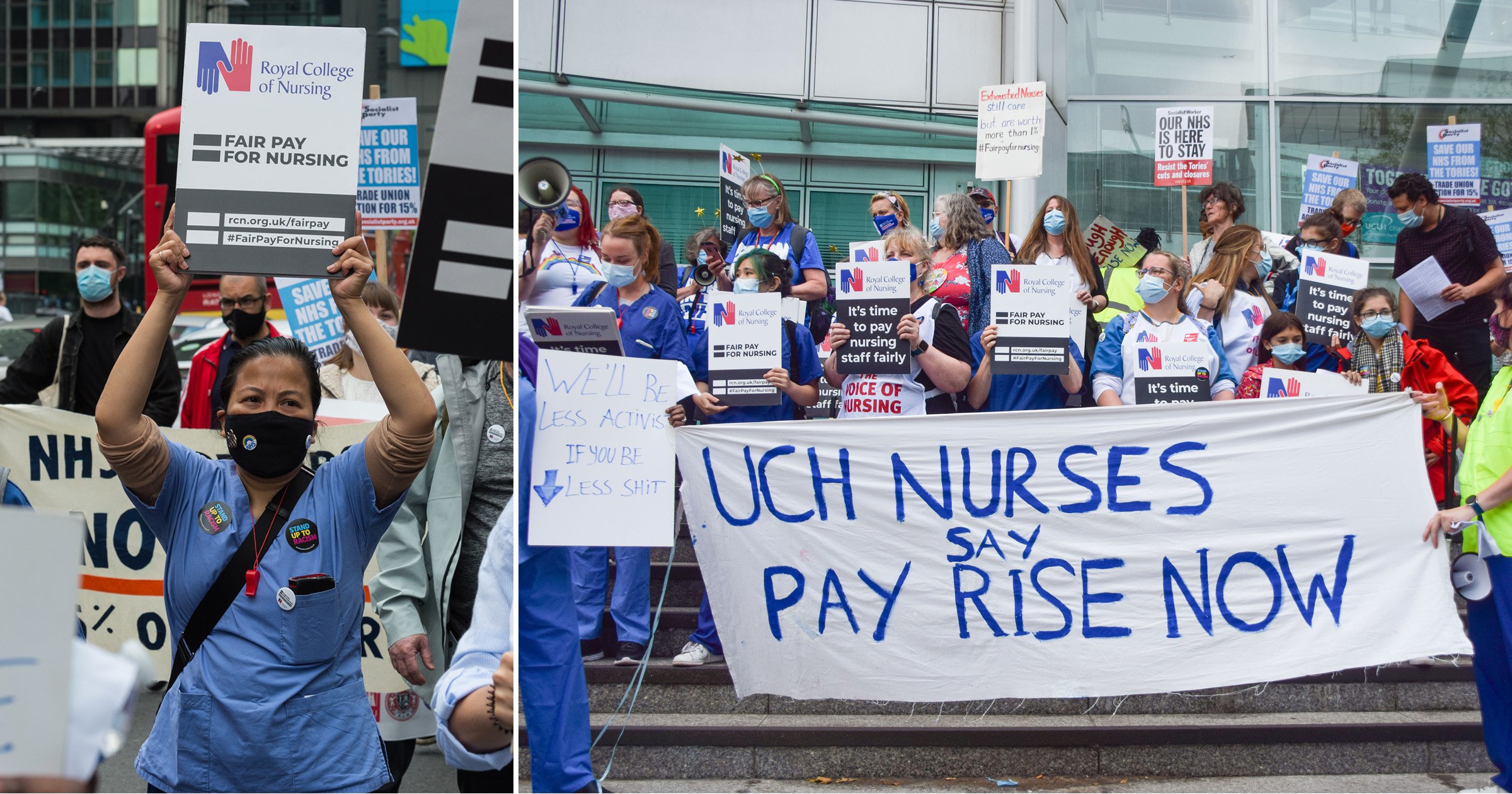 The Government is under intense pressure to finally give NHS staff their long-awaited and well-deserved pay rise, before MPs go on summer break.

Healthcare employees were supposed to get a pay rise, on account of the pandemic, at the beginning of April.

Now, more than 100 days later, they still do not know how much they can expect to receive.

Boris Johnson’s cabinet recommended a 1% pay rise in March, but many thought this was far too low for workers on the frontline of the pandemic.

The Government said ‘Covid-19 has put a huge strain on both public and NHS finances’, but it doesn’t actually get to decide what hospital staff will get.

It has to consult with the NHS pay review body (PRB) first. The body gave its official recommendation three weeks ago but healthcare workers still have no idea how much more they are going to be paid.

Public service union Unison wrote to Johnson almost a year ago, asking the Prime Minister for an extra £2,000 for each worker.

‘It’s 320 days since Unison wrote to Boris Johnson asking for a £2,000 increase for every NHS worker, but health workers in England, Wales and Northern Ireland still don’t know what they’ll get.

‘Staff who’ve done so much during the pandemic are being treated as an afterthought while MPs head off on their holidays, and infections are rising which means pressure is piling back on the whole health team once again.

‘The least the Government can do is confirm now that staff will get a decent pay rise.’

Scottish NHS workers were informed in May that most staff members would get a 4% pay rise.

It comes as shocking figures revealed the price NHS workers and their families have had to pay throughout the pandemic.

More than 1,500 healthcare staff died with coronavirus between March 9 last year and May 7 this year, prompting some to call for new safety measures and commitments for frontline workers.

The national care lead of the General Trade Union (GTU), Kelly Andrews, agreed the UK should ‘never forget the sacrifices (NHS workers) made’.

She said staff don’t ‘need any more broken promises’ but instead a Government that will ‘recognise them, protect them and give them a decent wage’.