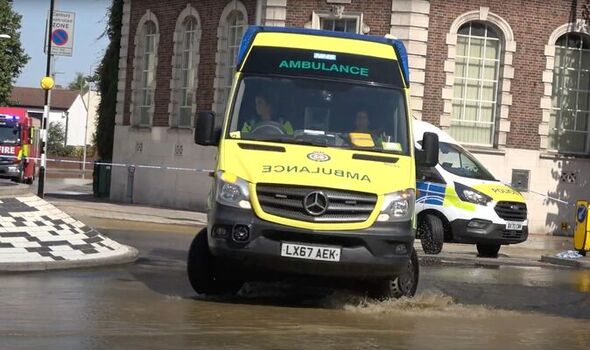 The London Fire Brigade sent a total of 10 fire engines and around 70 firefighters to the scene, as well as a Hose Layer Unit and a High Volume Pump. Police were also called to the scene. People are being advised to avoid the local area. 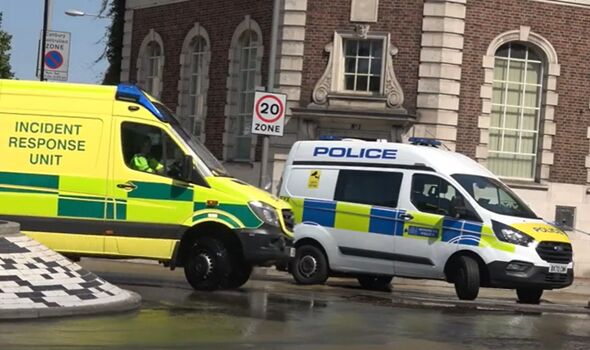 Videos shared to social media shows water gushing down the street, originating from a manhole cover.

Fire crews have been sent from Kingston and surrounding fire stations.

The road is still closed, according to the Met Police.

Posting on Twitter, the force said: “Police were called at 8.44am on Monday, July 18 to reports of a burst water main in Kingston Hill. 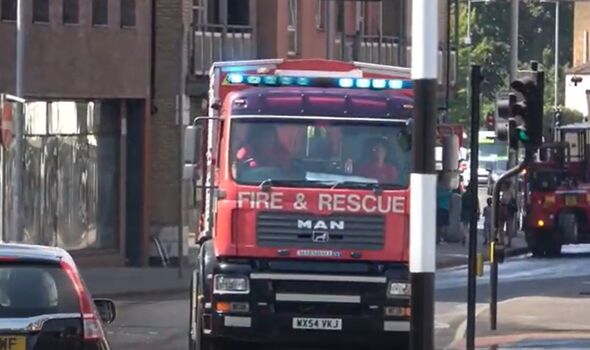 “Road closures are in place.

“People are advised to avoid the area.”

The flooding comes after Thames Water urged people to use water “very very carefully”, as a result of a lack of rain water across the UK. 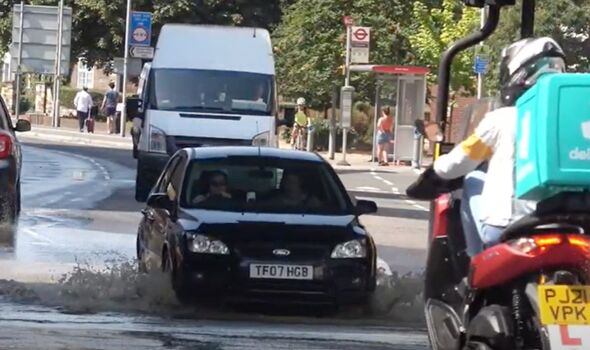 But he warned that the situation may change in the future, saying: “We know how much water we’ve got, and with people using more at the moment, we are getting through it faster than we would like.

“If we don’t receive rainfall in the coming months that situation may change but we’re staying on top of it every single day.”

The UK could have its hottest day on record this week, with temperatures forecast to hit up to 41C (106F).

The Met Office has issued a red extreme heat warning on Monday and Tuesday in much of England, from London and the south-east up to York and Manchester.

The capital is set to be one of the hottest places in the world on Monday, with temperatures soaring above the Western Sahara and the Caribbean.