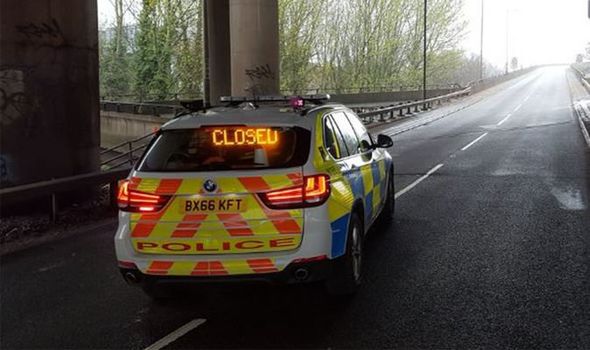 The busy motorway is closed in both directions between junctions 2 and 3 near Oldbury after this morning’s incident. Officers said the pedestrian, believed to a teenage boy, has been taken to hospital with serious injuries.

A West Midlands Police spokesman said: “The M5 is currently closed in both directions between junctions two and three after a pedestrian was hit by several cars at around 11.15am today.

“The pedestrian, believed to be in his teens, has been taken to hospital with serious injuries.”

A West Midlands Ambulance Service spokesman, said: “The boy was on foot at the time of the incident. He has suffered serious injuries.

“He was assessed and treated at the scene before being taken on blue lights to Birmingham Children’s Hospital; the doctor from the air ambulance travelled with the boy to hospital.

“There were no other patients.”