Part of the M25 is closed after a 55-tonne crane overturned and crashed over both sides of the motorway.

It is shut in both directions at junction 27 with the M11 in Essex, with massive tailbacks forming after the incident at 5.30pm on Friday – including a 10-mile tailback on the clockwise carriageway.

The HGV crossed from the clockwise to the anti-clockwise carriageway and overturned, said Highways England. 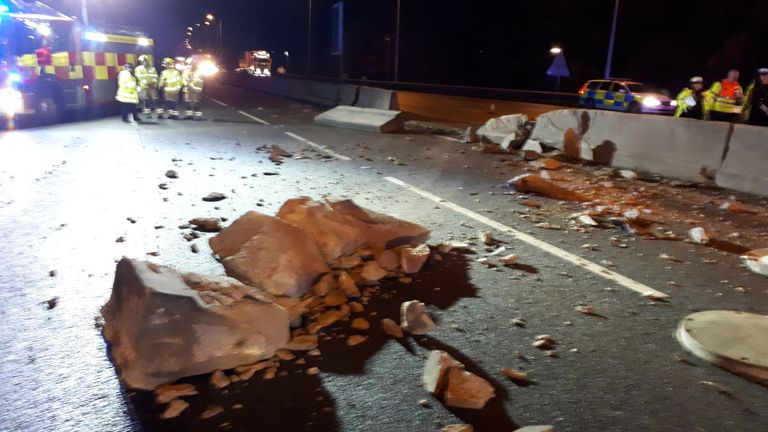 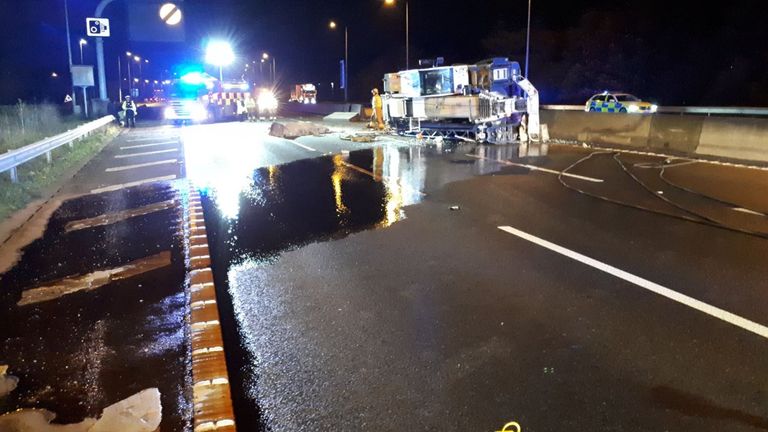 Essex Police said no one was seriously injured but the central reservation has been damaged and diesel spilled onto the road.

Drivers have been warned to avoid the area while highways teams and emergency services work to repair the damage.

Diversion symbols are in place to help people avoid the closure.

The clockwise carriageway is also closed between junction 25 and junction 27 for previously scheduled roadworks, due to end at 5am.