KENNETH O’Brien’s heartbroken family have said his murder was a “living nightmare” and the way his body was treated by his killer Paul Wells was “barbaric.”

As Wells was sentenced to life imprisonment today, Mr O’Brien’s father Gerry O’Brien said the worst part of what happened was “being told our son was a torso in a suitcase.”

His grieving partner, Eimear Dunne said Mr O’Brien was their only son’s “idol” and the impact of the murder on an “innocent four year old” was “immeasurable.”

As Wells was led away to begin his life sentence, he told Mr O’Brien’s loved ones: “I’m very sorry.”

Earlier today, he was found guilty by a jury of the 2016 murder.

He admitted that he shot him dead but said it happened when they struggled during a row after Mr O’Brien turned up at his home with a gun.

The accused claimed Mr O’Brien had wanted to have his partner Eimear Dunne murdered and Mr Wells refused to kill her.

After the shooting, Wells chopped the body up with a chainsaw, put the torso in a suitcase and his head and limbs in shopping bags, which he dumped in the Grand Canal in Co Kildare.

Victim impact evidence was heard at his sentencing hearing this afternoon.

Gerry O’Brien read out a statement on behalf of himself and his wife, Susan O’Brien. In it, they thanked the jury, judge, prosecution team and investigating gardai.

“Ken was a wonderful son. We will miss him terribly,” Mr O’Brien said.

“ We can never have him back. The image portrayed of Ken in the course of this trial is not the Ken we knew and love. There are no words to describe the trauma and desolation felt by our family since our Ken was murdered.

“Lee and Janine have been left without their brother and Eimear has been deprived of her partner in life.

“The worst part of all was being told our son was a torso in a suitcase, the utter disregard shown for our child as a human being and the barbaric nature in which he was treated and discovered.

“It was an affront to all who knew him. We couldn’t function until the rest of Ken was found and would be given a proper burial.”

Mr O’Brien said his son’s hands had still not been recovered.

“Ken was a hard worker, he was working from the age of fifteen,” he continued. “He was very intelligent. He didn’t find it easy to express himself but you always knew how he felt about you. He was a lovely child to rear, he was joy, fun-loving and carefree. He became an adult and a man very quickly, very independent.”

Mr O’Brien said his son  “had a lot of friends and was always helpful to others” and that it was impossible to sum up his 33 years in a couple of pages.

“As could be seen by the support throughout the trial, Ken was very much loved by many. He will be always on our minds and forever in our hearts,” he said. “For me, there will be a pain in my heart, a cold place in my heart for what has happened to Ken and that cold place will be with me forever more.”

Det Gda Aine O’Sullivan then read out Eimear Dunne’s statement. In it, Ms Dunne said that on December, 2015 “Kenneth came home from Australia for good.”

This was their “fresh start, our new beginning,” she said, “Kenneth, myself and the apple of our eye, Charlie, our only baby.”

Kenneth had gone to Australia “to earn money for us as a family to better our lives,” she said.

“I celebrated that day as a family with Charlie, had planned to spend the weekend celebrating but that never happened because Kenneth never came home,” she said.

“When I received that text message from someone pretending to be Kenneth I knew it wasn’t from him. I knew Kenneth didn’t send that message and I knew something was very wrong. I cannot put into words the feelings I experienced over the next few days and months after finding out that Kenneth had been murdered in the most gruesome of ways.

“No mother should have to do what I had to do, in telling our beautiful boy that his idol, his father was never coming home,” her statement continued.

“I put aside my grief to care for our grieving child. The impact that this murder has had on an innocent four year old is immeasurable. But I will do everything in my power to make sure that Kenneth’s memory is kept alive and that Charlie will remember all the good things about his dad.

“Kenneth was a family man who idolised our son,” she said. “They were like two peas in a pod. Kenneth has passed his love of cars, bikes and machinery on to Charlie.”

“We had put the past in the past and had moved forward in our relationship, as a loving family unit, looking forward only to new future together but that was cruelly taken from us with no warning.”

She added that she would not have been able to get through “this living nightmare” without the support of her whole family.

Michael O’Higgins SC, defending, said there was only one sentence open to the court. His client had asked him to say he and the deceased were close friends and he deeply regretted what happened.

He accepted the jury’s verdict but “contends it is an error” and Mr O’Higgins indicated he would be appealing.

Mr Justice Paul McDermott offered his condolences to Mr O’Brien’s family and said the circumstances of his death “quite clearly were undoubtedly distressing and shocking for his family and his partner.”

He acknowleged the “dignity with which they have borne that in court and in the course of the trial” during which many “unpleasant things” were said and had to be absorbed by them.

He handed down the mandatory life sentence, backdating it to February 6, 2016 when Wells went into custody. 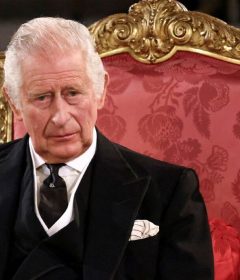 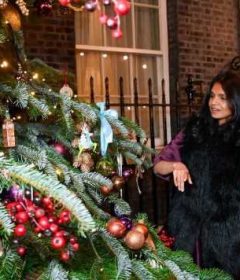