Gardaí appealing for witnesses to 'stab assault' on train

Gardaí are appealing for witnesses to an alleged assault on a train last week.

A teenager was stabbed in the chest in the incident and was treated in hospital for his injuries, which were not life-threatening.

Another man aged in his late teens was arrested at the scene and subsequently released without charge.

Gardaí are now appealing for witnesses to the incident, which occurred at Killester Dart Station at 10pm on Tuesday, October 30.

They are asking passengers on the 9.40pm train from Connolly Station to Drogheda to contact Raheny Garda Station on 01-6664300.

“We are also asking anyone who may have recorded footage on their phones or devices to contact Raheny Garda Station,” they added.

It is understood that the victim and his attacker are known to each other.

Bus and rail drivers have warned they may pull services in anti-social hotspots following the assault.

He said it may be only a matter of time before staff are forced to review potential preventative measures.

This would include an assessment of service provision at “certain times and locations”.

“The safety of commuters and staff would be paramount in such a review,” said the letter to the ministers.

He said its seems that not a week goes by without another headline appearing across various media platforms highlighting yet another assault on our public transport system.

He urged the ministers for an immediate commitment to set up a Garda Public Transport Division.

“The mood among transport workers has changed dramatically on the back of a number of recent assault across both our train and bus services,” he said.

“Whilst they were encouraged by the minister’s initial response in early summer, they are now of the view that they may have to take their own preventative measures, inclusive of assessing service provision in particular hot spots and in areas with a high prevalence of anti-social behaviour.”

“This is the latest in a long list of troubling incidents on the Northside line, with many of the stations being vandalised on a regular basis and a DART being taken over by hooded youths in the summer who attempted to spray paint the carriage in Clongriffin,” Senator Ó Ríordáin said in a statement.

“I welcome the fact that Minister Ross has indicated his willingness to explore the possibility of establishing a Transport Police Service. The proposal must be brought to fruition as soon as possible for the safety of commuters and staff on our public transport system.”

Speaking to Independent.ie, Dermot O’Leary, General Secretary on the NBRU, said that: “The NBRU have been leading calls for a garda public transport division for a while now. We’ve written to the minister on two occasions, in June and July of this year following an assault at Connolly Station.

“The initial response from the minister was encouraging for staff but unfortunately things have moved on since then. Not a week goes by when we’re not reading another headline regarding anti-social behaviour or in some cases outright thuggery on trains.

“The day is coming, if we’re not here already, when staff will have to take their own preventative measures and that may include looking at service provision in particular hotspots and locations that have a prevalence for that type of anti-social behaviour. That day has probably arrived now.” 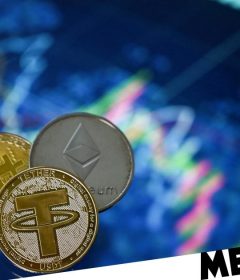