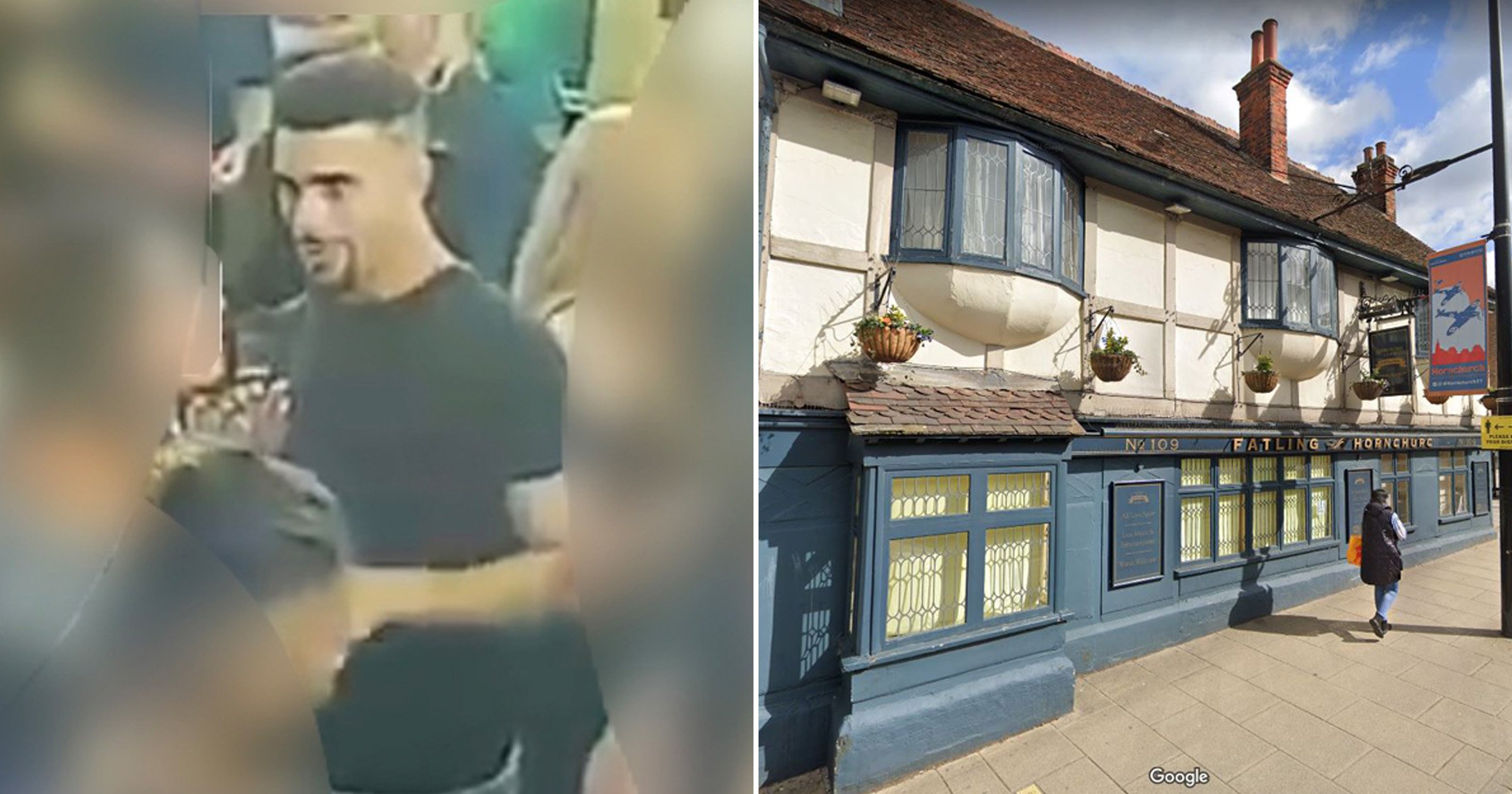 A knifeman walked up behind a man in a busy pub and stabbed him repeatedly in the back as onlookers watched in horror.

A manhunt has been launched after the attack at Fatling Hornchurch pub in Havering, east London, shortly after midnight on Saturday.

Police have released an image of a man they would like to identify over the incident.

Video footage shows how a man had a conversation with a small group of people before the victim, 23, was later stabbed multiple times.

The victim was rushed to hospital with a ‘number of stab wounds’ following treatment at the scene.

He remains in a serious but stable condition in hospital. His family has been told of the incident.

Detective Sergeant Joe Seals, from the Metropolitan Police’s local policing team in Havering, said: ‘We have been carrying out a number of urgent enquiries to track down the person responsible and we are now in a position to release an image of a man we need to identify.

‘I would encourage anyone who recognises this man, or any witnesses who have not yet spoken to police, to contact us immediately.’

In a post on Facebook on Saturday, Fatling Hornchurch said: ‘Sadly last night we had an incident here at the Fatling outside the pub.

‘Thankfully due to the speedy actions of the staff members and our medically trained door team, the incident was dealt promptly and we are pleased to say the victim is well and recovering.’