Kate and William have three children, Prince George, Princess Charlotte and Prince Louis — all under the age of 10. The Duke and Duchess of Cambridge regularly share photographs of the children with the public and take them to events so fans can catch a glimpse of the next generation of royalty. Even when the children are not under the media’s spotlight, onlookers say they seem well-behaved — for example, back in March, Kate took her kids to Sainsbury’s in Norfolk and was praised for their behaviour.

A source told The Sun that month how the senior royals manage their children in a particularly forward-thinking way.

They said: “There’s no ‘naughty step’ but there is a ‘chat sofa’.

“The naughty child is taken away from the scene of the row or disruption and talked to calmly by either Kate or William.

“Things are explained and consequences outlined and they never shout at them.” 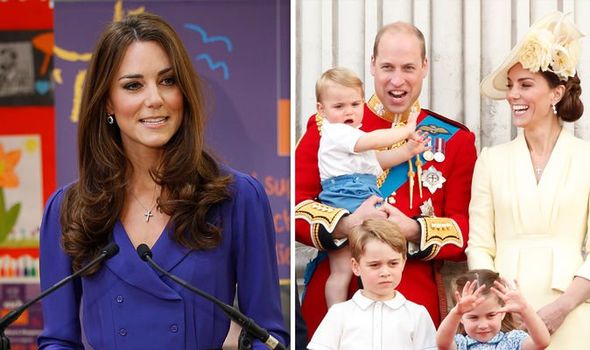 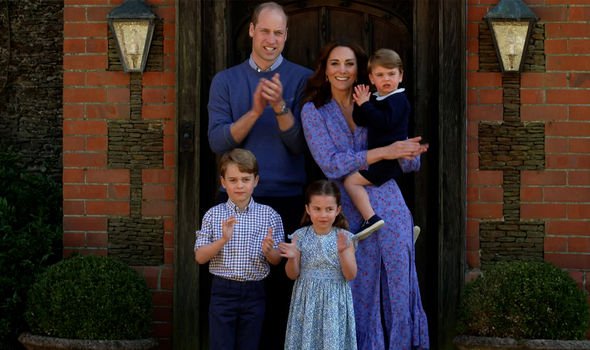 As Vanity Fair pointed out, “Kate is passionate about early childhood education and avoiding the word ‘naughty’ reflects the current research about how kids learn”.

The couple have also employed a nanny, Maria Borrallo, who has been with the Cambridges for years and stayed with them for the lockdown.

The insider continued: “Maria is firm but she never acts unilaterally with the children on discipline.

“Kate and William, along with Maria, are strict with the children but have this magic ability to appear not to be. 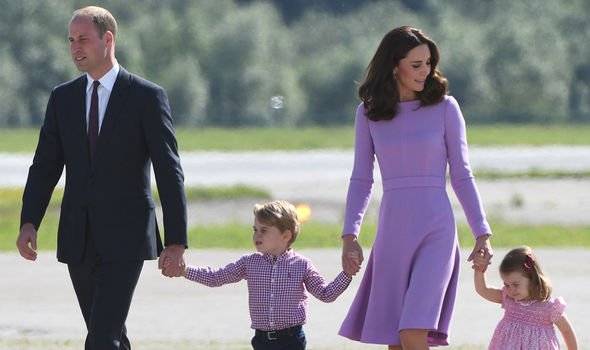 “It is a military operation but you would never guess it because they work ferociously hard on their children’s upbring and making it seem relaxed and happy for the three of them.”

However, the children are not always well-behaved.

Prince Louis was pictured covered in paint in his birthday photographs released earlier this year, while Charlotte was seen sticking her tongue out at the expectant crowds last summer.

The Sun pointed out how Kate was quick to reprimand George by tapping him on the head subtly, at Pippa Middleton’s wedding in 2017, without causing a fuss. 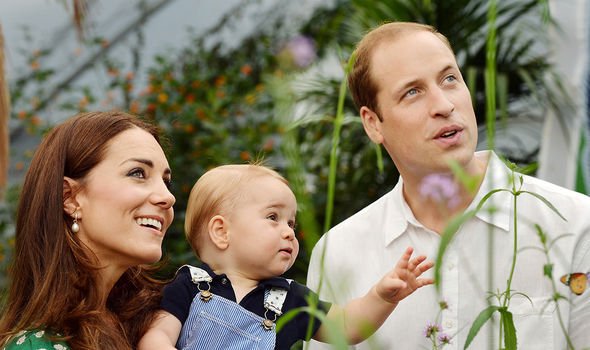 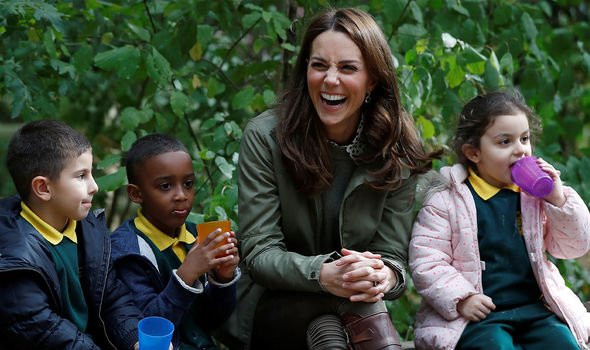 Kate is quick to deter her kids from having a meltdown in public, and tells them let’s take a break.

Kate has been keen to encourage her kids to go outside too.

She told the podcast Happy Baby Happy Mum earlier this year: “As children, we spent a lot of time outside and it’s something I’m really passionate about.

“I think it’s so great for physical and mental wellbeing and laying those foundations.”

The Daily Mail claimed Kate also told a parent at Henry Fawcett Children’s Centre in London that her favourite part of being a mother was “getting hugs from her kids”. 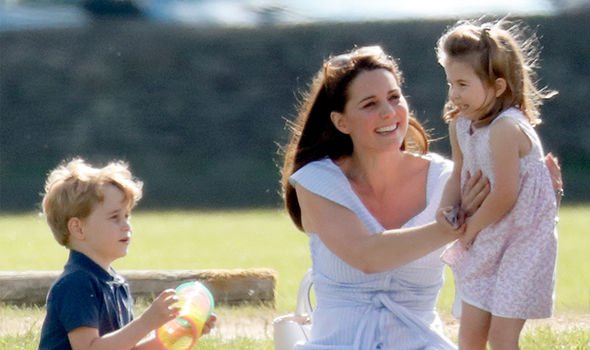 William is reportedly keen to continue the parenting lessons he learned from his late mother Princess Diana, who broke with royal protocol by being a very hands-on mother.

Both William and Kate have been accused of being reluctant royals over the years as they have chosen to prioritise their children’s upbringing while so many other members of the Firm are still active.

As William told the BBC’s Nicholas Witchell in 2015 that he wanted his eldest and heir — George — to enjoy a relatively normal childhood while he could.

He said: “Right now, it’s just a case of keeping a secure, stable environment around him and showing him as much love as I can as a father.”

The Duke of Cambridge added: “As far as we are concerned within our sort of family unit, we are a normal family, you know, I love my children the same way any father does.”