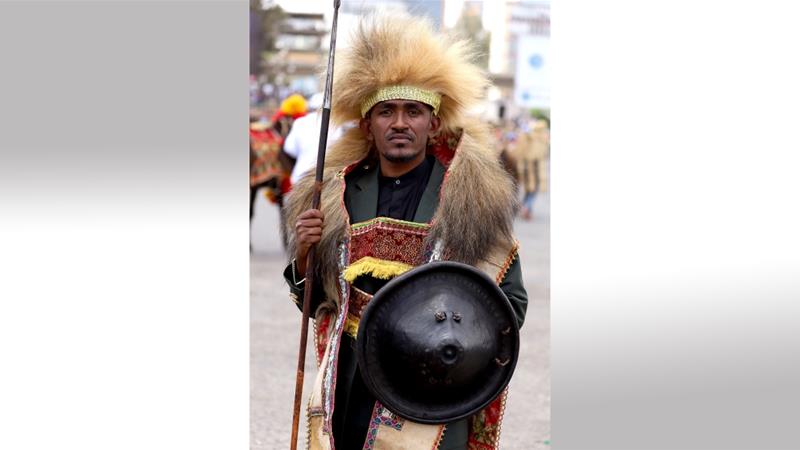 At least 50 people were killed in Ethiopia’s Oromia region in protests following the fatal shooting of a popular singer, a regional spokesman said.

Musician Haacaaluu Hundeessaa was shot dead on Monday night in what police said was a targeted killing.

Protests following the killing, and a sense of political marginalisation, broke out the next morning in the capital and other towns and cities in the surrounding Oromia region.

The dead included protesters and members of the security forces, spokesman Getachew Balcha said on Wednesday. Some businesses had also been set on fire.

Police said late on Tuesday that a police official was also killed in the capital Addis Ababa where three explosions had also killed and injured an unspecified number of people.

Prominent Oromo opposition leader Bekele Gerba and media mogul Jawar Mohammed, along with 34 other people, were also arrested when Jawar’s bodyguards refused to disarm during a standoff with police.

“There was a disturbance between federal security forces and others, and in the process, one member of the Oromia special police force was killed,” Federal police commissioner Endeshaw Tassew said in a statement late on Tuesday.

“The security forces have taken eight Kalashnikovs, five pistols and nine radio transmitters from Jawar Mohammed’s car,” he said of the arrest.

Meanwhile on Wednesday, the army was deployed in Addis Ababa as armed gangs roamed neighbourhoods of the city in a second day of unrest.

Haacaaluu, whose funeral will be held on Thursday, provided a soundtrack to a generation of young protesters.

Their three years of bloody street demonstrations forced the unprecedented resignation of the previous prime minister and the appointment of Abiy Ahmed in 2018.

Abiy, Haacaaluu and Jawar are all Oromo, Ethiopia’s largest ethnic group, which has long complained of being excluded from power.

Jawar was a prominent supporter of Abiy’s appointment but became more openly critical last year. Jawar’s popular Oromia Media Network gives him the ability to mobilise support quickly across Oromia and his power base could pose a significant challenge to Abiy’s party in next year’s elections.

Ethiopia, an ethnic melting pot of 100 million people, has battled deadly intercommunal tensions in recent years, a major threat to efforts by Abiy to bring about democratic reforms in a country long ruled with an iron fist from Addis Ababa.

“The assassination of an important Oromo musician, subsequent protests which have in places involved property destruction and security forces using lethal force, and the arrest of Oromo leaders, creates a dangerous situation and is another blow to Ethiopia’s troubled transition,” said William Davison, an analyst with the International Crisis Group.

More than 9,000 arrests in Ethiopia since June killing of singer