Wimbledon returned this week, with the qualifiers commencing in SW19 on Monday. The historic competition sees tennis players from across the world come together for a two-week tournament; it also attracts a host of famous faces, from movie stars to royalty. Members of the Royal Family have long been associated with the famous sports event, with Kate, Duchess of Cambridge currently holding the title of Royal Patron of the All England Club.

Both Kate and her husband, Prince William, are regularly spotted in the Royal Box, the most exclusive enclosure at the Centre Court.

Despite taking the best seats in the house, the royals have not always received the warmest of receptions. One appearance in particular saw the Duke and Duchess of Cambridge snubbed by Priyanka Chopra, an actress and friend of Meghan Markle.

Last year, as Kate and William were clapped into the Royal Box at Wimbledon, Priyanka appeared to ignore the royal entrance. The 39-year-old actress chose not to applaud the future King and Queen as they took their seats in the front row.

Sitting two rows behind the couple, Priyanka refused to clap or even look as an announcement was made and the crowd welcomed the royal guests with rapturous applause. Instead, she focused on adjusting her scarf and looked away from the incoming royals. 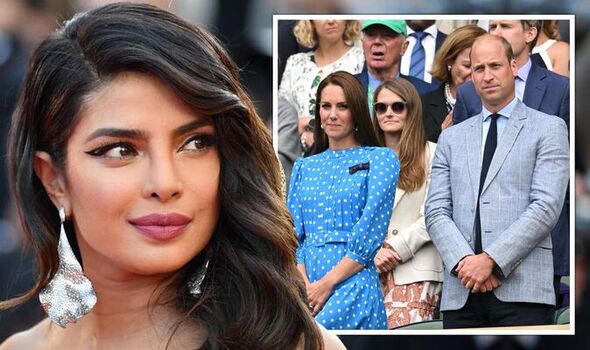 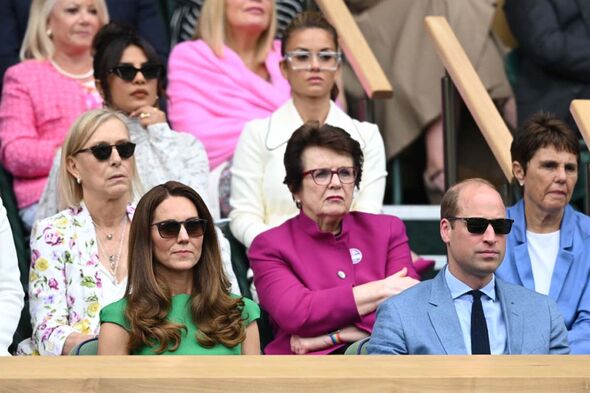 Photographs taken later in the day show Priyanka appearing to look away from Kate and William as they mingled with VIPs after the match. It is possible she didn’t see the Cambridges enter the Royal Box, or that she wasn’t aware of the etiquette to applaud, however several royal fans suggested her abstaining from clapping was intentional.

One said: “The way Priyanka did not even look in their direction is enough for me.”

Another tweeted: “I’m actually in disbelief about such a lack of manners and upbringing. The Americans sitting in the vicinity [of] Kate and William did NOT clap nor acknowledge their entry. Two past tennis stars with their wives, King and Navratilova, and a bestie of Meghan’s, Priyanka Chopra.”

Some royal watchers claimed that the actress was right to “ignore” the royals, one tweeted: “She totally ignored them. I would do the same if my friend was mistreated.” 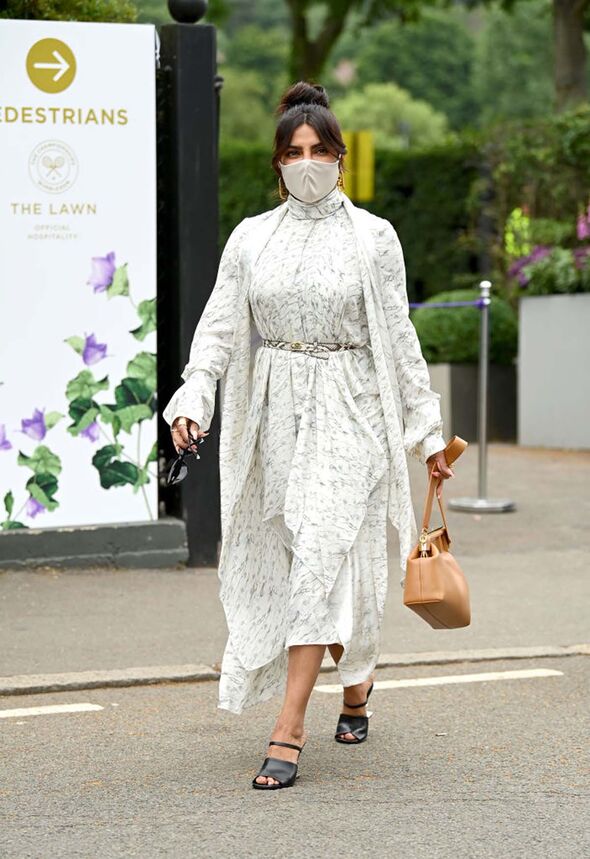 While another added: “I would ignore them as well.”

The Duchess of Sussex and Priyanka are believed to have become friends in 2016 after meeting at an ELLE Women in Television dinner, two years before Meghan married Prince Harry.

Afterwards, Meghan told Press Trust of India she was thrilled when Priyanka admired her work, adding: “You know when you meet someone and you just click? It was just an easy, natural progression.

“We’ve managed to keep in touch via email and text, and try to see each other whenever we’re both in the same town.”

Priyanka was also a guest at the Royal Wedding, alongside the likes of Oprah Winfrey and other A-List celebrities. However, the duchess did not attend the film star’s wedding to Nick Jonas in December 2018, and Ms Chopra was subsequently absent from Meghan’s baby shower, prompting rumours of a feud.

However, the Indian actress quashed these claims, insisting it was simply “not true”.

As well as this, when Meghan was chosen as one of Time’s Most Influential People of 2018, Ms Chopra wrote an article outlining Meghan’s “special qualities”.

In the article, she predicted that Meghan “will be a princess for the people” and branded her a “relatable young woman with her heart and mind in the right place”. 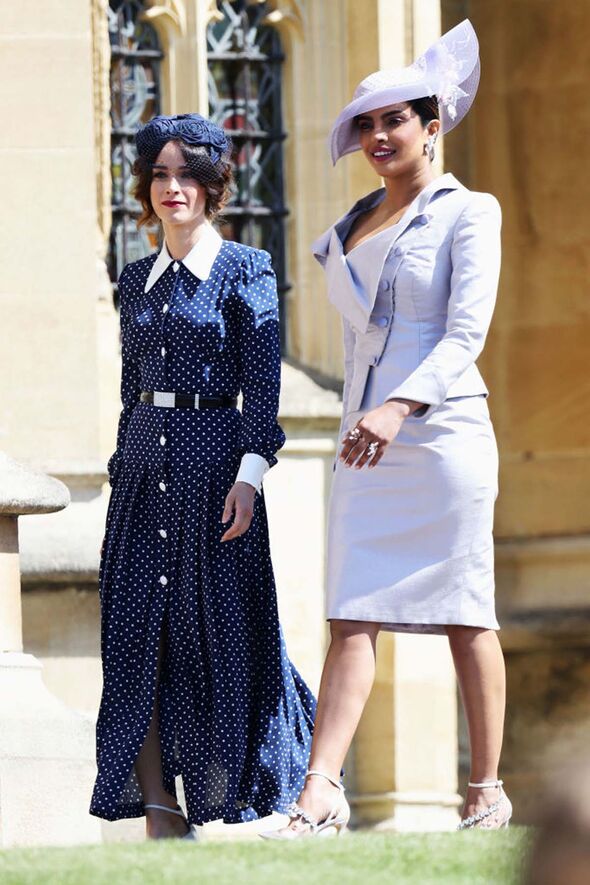 Priyanka’s apparent snub came just months after Meghan and Harry’s bombshell interview with Oprah, during which the Duchess of Sussex made comments about her sister-in-law.

Meghan claimed Kate made her cry and “hurt her feelings” during a discussion about a flower girl dress for her 2018 Royal Wedding to Harry — it had previously been suggested it was the other way around.

Kate has not commented publicly about the interview, but she and Prince William were said to have been “deeply saddened” by it.

Meghan told Oprah: “A few days before the wedding she was upset about something, pertaining to… the flower girl dresses, and it made me cry. And it really hurt my feelings. 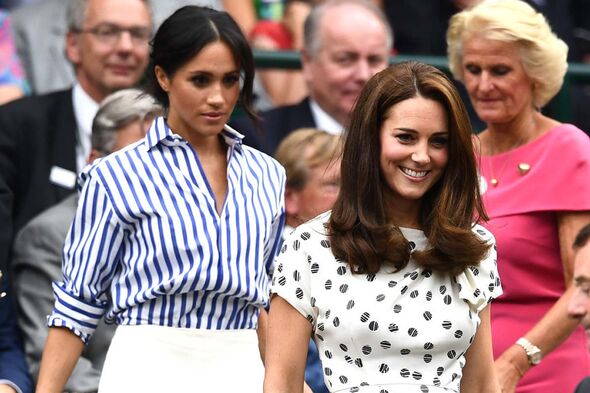 “There wasn’t a confrontation and I don’t think it’s fair to her to get into the details of that because she apologised, and I have forgiven her. What was hard to get over was being blamed for something that not only I didn’t do, but that happened to me.

“I’m not sharing that piece about Kate in any way to be disparaging to her.”