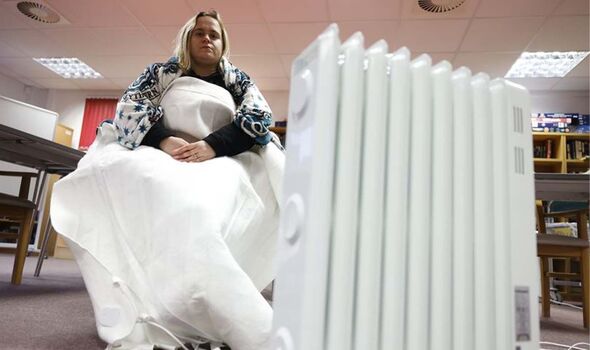 Staff and volunteers at a community ‘warm space’ say that the space has been anything but, during the last couple of months, as they wait for the council to fix their broken boiler.

Temperatures at the building fell to as low as eight degrees during the December chill, forcing volunteers to resort to using hot water bottles and portable heaters to stay warm.

To make matters worse, some groups who normally use the Blurton Community Hub are said to have stayed away because of how cold it has been, Stoke-on-Trent Live reports, meaning it’s lost up to £2,000 of income.

Hannah Norbury, who manages the centre, said it was one of 34 places in the city that signed up to be part of the council-backed scheme offering ‘welcoming spaces’ to people struggling with the cost of living crisis and rocketing energy bills. But she said thanks to the wait for the council, which owns and maintains the building, to get the boiler properly back up and running, the only thing that’s been warm has been the welcome.

Stoke-on-Trent City Council said it had been “regrettable” that the cold weather had caused heating failures, and that city chiefs had done all they could to minimise disruption. It also added that immediate work on the boiler back in November meant it was able to operate at half-power.

However, Ms Norbury said: “You shouldn’t be expected to go to work in your fluffy socks, your hat, scarf and gloves and your coat and be expected to keep them on. When we had the big freeze I had six layers on and two heaters.

“We have vulnerable adults coming in and we are down on the government’s charity website as a safe space, so obviously with what’s going on in the world at the moment we are down as a warm space, where you can come and feel safe but obviously the warm part isn’t happening.”

Martin Lewis finally explains the best way to use your heating

She said during the December 9 Christmas fair there were six portable heaters blasting in the main hall and the temperature was still as low as 10 degrees.

Ms Norbury said she’d had to go to her local MP, Jack Brereton, to try to get the situation resolved. The boiler was repaired on Tuesday, nearly two months since engineers came to look at the problem.

A spokesman for Stoke-on-Trent City Council said part of the wait was down to getting parts from Germany that are now “obsolete” in the UK. And demand for its contractor Unitas’ services had been at a record high during the recent cold spell, up 400% on normal levels.

The spokesman added: “We received notification of issues with central heating and acted immediately and have been in close contact with both Ms Norbury and (council maintenance contractor) Unitas and an investigation was carried out. An order was processed immediately for the required parts with the supplier.

“Temporary heaters were provided and the expected delivery of the parts was Friday, with a provisional installation date booked for Monday.

“It is regrettable that in the winter period there are a greater number of heating failures, we have acted to cause the minimum disruption to users.”